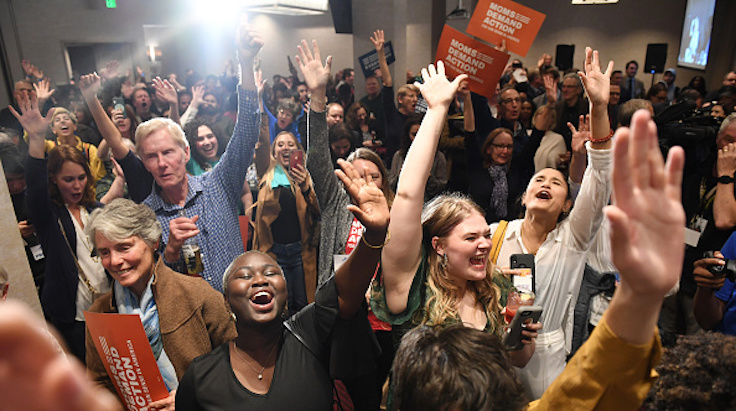 So this is what it feels like to live in…

So this is what it feels like to live in a lab experiment. As a native Virginian, I’ve watched my state come full circle. The last time Democrats enjoyed the amount of power in the Old Dominion that they won on Tuesday, I was entering middle school in Fairfax County.

President Trump so dominates the popular imagination that every election result is described in relation to his job approval and conduct in office. Trump is unpopular in Virginia, and suburban voters are eager to rebuke him at the polls. But the story of this particular Democratic winning streak is less about Trump than it is about long-running demographic and cultural transformation. He catalyzed changes decades in the making.

The former capital of the Confederacy is now a hub of highly educated professionals, immigrants, and liberals whose values are contrary to those of an increasingly downscale, religious, and rural GOP. Democrats continue to benefit from the shift in the college-educated population toward progressivism. Not only are Republicans increasingly bereft of a language in which to talk to these voters. They may be incapable of doing so. The two sides occupy different realities.

Virginia has followed broader trends of enrichment, immigration, and densification. John Warner’s election to the U.S. Senate in 1978 was an early sign of the Republican revival in the South. The election of 1993, which brought George Allen to the governor’s mansion, was a preview of the Republican Revolution the following year. In 2000, Allen joined Warner in the Senate.

For the next year, the governor and both U.S. senators were Republicans. Then Mark Warner won the governor’s mansion, then Jim Webb defeated Allen, then Warner replaced Warner (confusing, I know), and except for a brief appearance by Governor Bob McDonnell, Democrats have held all statewide offices since.

The number of Virginians born overseas has skyrocketed from 5 percent to 12 percent. The Hispanic population has gone from 3 percent to 10 percent. The Asian community has grown from 2 percent to 7 percent. In 1990, 7 percent of people 5 years and older spoke a language other than English at home. In 2018 the number was 16 percent.

If educational attainment is a proxy for class, Virginia has undergone bourgeoisification. The number of adults with a bachelor’s degree or higher has shot up from 25 percent of the state to 38 percent. As baccalaureates multiplied, they swapped partisan affiliation. Many of the Yuppies of the 80s, Bobos of the 90s, and Security Moms of the ’00s now march in the Resistance.