How Smartphones Add To Election Chaos 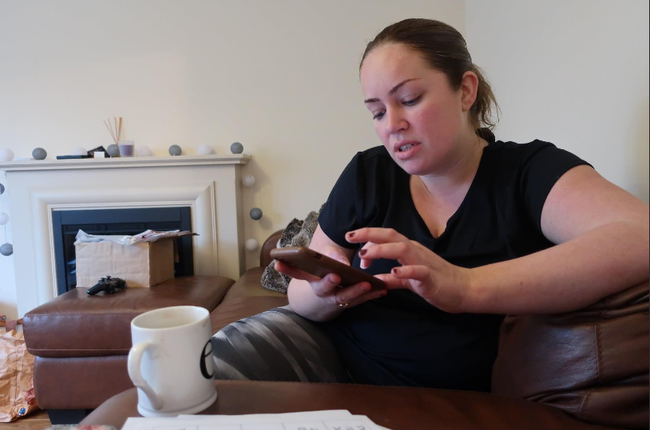 How Smartphones Add To Election Chaos

A study by The Guardian and research agency Revealing Realty has concluded what we’ve known for some time; people tend to cram as much information into their brains, as fast as possible, with little to no scrutiny.

What that leads to, according to the report, is the rapid spread of misinformation while people ignore the substance of an article – often instead heading straight to the comments sections for an argument before absorbing key information.

While The Guardian says the analysis is a “snapshot” and not a “statistically representative sample of the population” due to the fact that they tracked the smartphones of just six volunteers in the UK who agreed to have their smartphone behavior monitored over three days – the publication says the results comport with previous studies to illustrate patterns of behavior across the political spectrum. Given the source, this may also be part of some argument that the nanny state needs to do a better job monitoring and filtering content – for our own good, we’re sure.

Charlie in Sunderland consumed much of his election news through memes on lad humour Facebook pages, spending more time looking at posts of Boris Johnson using the word “boobies” than reading traditional news stories. Fiona in Bolton checked out claims about Jeremy Corbyn’s wealth by going to a website called Jihadi Watch before sharing the far-right material in a deliberate bid to anger her leftwing friends. And Shazi in Sheffield followed the BBC leaders’ interviews purely by watching videos of party supporters chanting the Labour leader’s name outside the venue. –The Guardian

“News is becoming intermingled with entertainment,” says Revealing Reality’s Damon De Ionno, who spearheaded the project after inventing the method of recording participants’ smartphone screens. “You’re no longer asking: what’s going on in the world today? It’s very different – you want to be entertained.”

Notable (though not entirely surprising) findings:

One 22-year-old Conservative-voting woman was observed going out of her way to read reputable mainstream news sources so she had a balanced understanding of Labour policies. But she would then seek out provocative far-right blog posts to share on Facebook because their headlines would anger her leftwing friends and create online drama.

“It’s total anarchy,” said De Ionno. “The idea of fake news and fake ads, with Russians manipulating people, is a really easy bogeyman. The reality is there’s many more shades of grey and it’s hard to unpick.”

How the study was conducted

At Revealing Reality’s headquarters in a converted ballroom in south London, a group of analysts working for De Ionno are attempting to piece together how Britons are consuming news in this general election campaign with the aid of a wall of photos of each volunteer in their home, pages of data, and transcripts of interviews.

Analysts then studied the recordings of each volunteer’s screen activity using an coding system adapted from software originally built for the study of animal behaviour, before comparing notes following a three-hour interview with each participant.

“If social media content is playing such a central role in shaping people’s views on the election what are the implications for high quality journalism, reputable sources and well constructed and evidenced articles?” asked the researchers.

“News doesn’t stick as well. There’s a new drama every day and cliffhangers on a daily basis. A lot of the respondents didn’t have a good memory of what happened a week ago, said De Ionno.