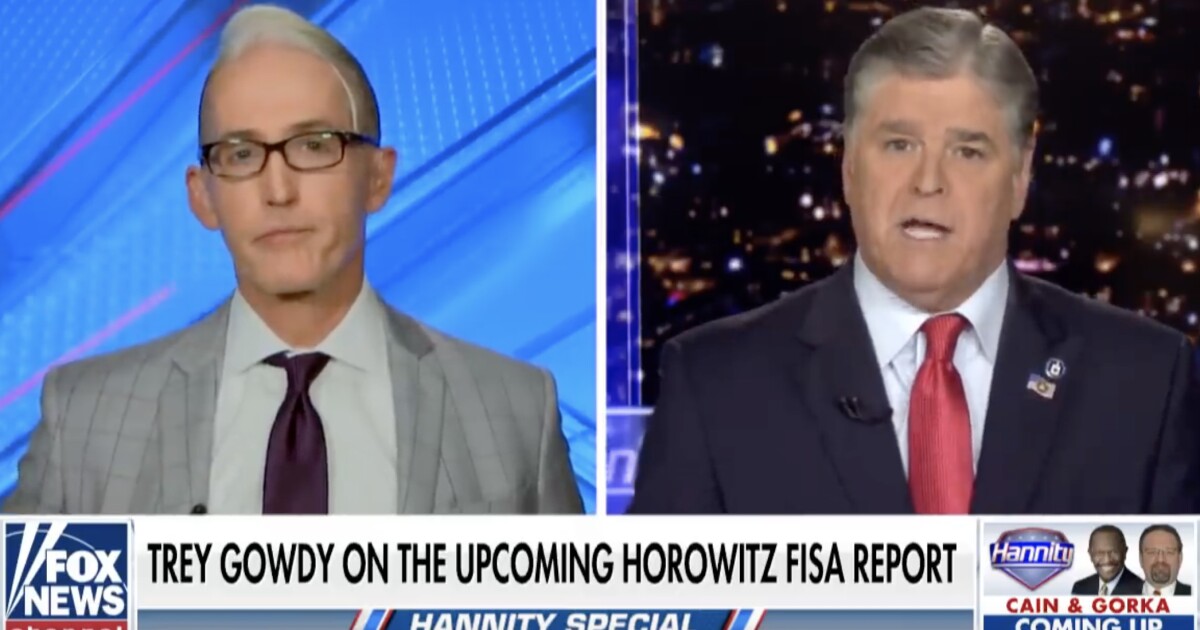 Gowdy, a former congressman and federal prosecutor, has been tamping down expectations for the Foreign Intelligence Surveillance Act application report, the first draft of which was submitted to Attorney General William Barr for a classification review on Friday.

In an interview Friday, Hannity prompted Gowdy to react to his belief that the FBI was involved in “premeditated fraud” by knowingly misleading the FISA Court in using British ex-spy Christopher Steele’s unverified dossier to obtain warrants to surveil onetime Trump campaign adviser Carter Page from late 2016 to 2017.

Striking a cautious note, Gowdy explained how prosecutors would need to find an appropriate criminal statute if their objective is an indictment. “Let’s assume that I didn’t tell the court something. The remedy for me is not indictment. The remedy is I may lose my law license. The remedy is the court may hold me in contempt,” Gowdy said.

Published in Political News, Tech News and US News