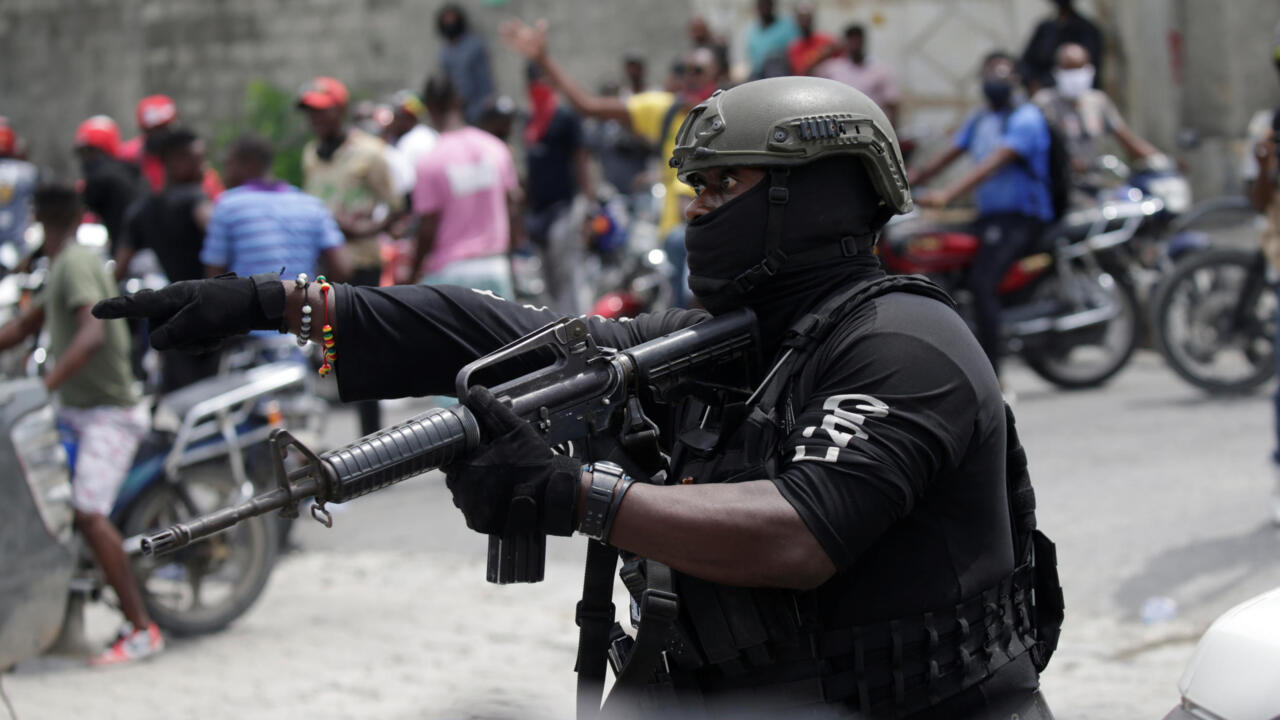 Hundreds of protesting Haitian police officers and their supporters, many…

Hundreds of protesting Haitian police officers and their supporters, many of them armed and wearing masks, sparked panic in the capital Port-au-Prince on Monday, setting cars on fire as they voiced their anger at the ruling party.

The cops have demanded higher salaries and the release of a colleague — a member of the narcotics squad has been held since early May on suspicion of murder, arson and destruction of public property.

“What we’re asking for is a better life,” said one member of the national police force, wearing a mask and sunglasses so he could not be identified.

The protesters fired their service weapons into the air, and rode around town on motorcycles, demanding that authorities release their colleague in a matter of hours.

Several vehicles were set on fire, and an office was partially set ablaze. A similar protest took place on Friday, and protesters won the release of five imprisoned colleagues.

“We risk losing Haiti’s national police like we lost the armed forces,” he said.

Against a backdrop of spiralling gang violence in Haiti in recent months, protesters are angry at the interim director of the national police.

They accuse the director, Normil Rameau, of not doing enough to protect officers.

“Cops are dying and taking bullets, and he says nothing,” said one officer taking part in the demonstration.

Haiti’s national police has 16,000 among its ranks, and is tasked with ensuring the safety of the impoverished country’s 11 million people. It was created in 1994 following the dismantling of the armed forces, implicated in several coups.