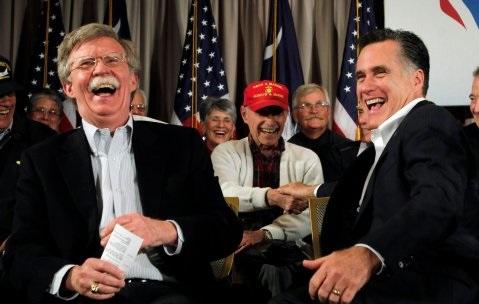 Senate Republicans don’t have the votes to block impeachment witnesses, according to Majority Leader Mitch McConnell (R-KY), paving the way for testimony from former national security adviser John Bolton – as well as an argument over whether the Bidens should be called as witnesses in the Senate trial of President Trump.

Witness testimony pushed by Congressional Democrats was largely considered off the table until an 11th hour leak of Bolton’s manuscript in which the former Trump handler claims the president tied military aid to Ukraine to  an investigation into allegations against the Bidens.

“If you don’t believe the newspaper report, call the witnesses,” said Senate Minority Leader Chuck Schumer (D-NY) of Bolton’s account, which was first reported in the New York Times on Sunday evening. Schumer added that the witnesses Democrats have wanted to call include Bolton and acting White House chief of staff Mick Mulvaney, who oversaw the pause in funds as head of the Office of Management and Budget.

Republicans have said this week that if the Senate votes for more testimony, they want to call witnesses including Mr. Biden and his son, Hunter.

“I think that John Bolton probably has something to offer us,” Ms. Murkowski said Tuesday. –WSJ

According to Rep. Mark Meadows, the leak of Bolton’s manuscript is a “desperate attempt to resuscitate” Democrats’ “dying political dreams.”

The facts will exonerate @realDonaldTrump. https://t.co/CFS9c8WVRs