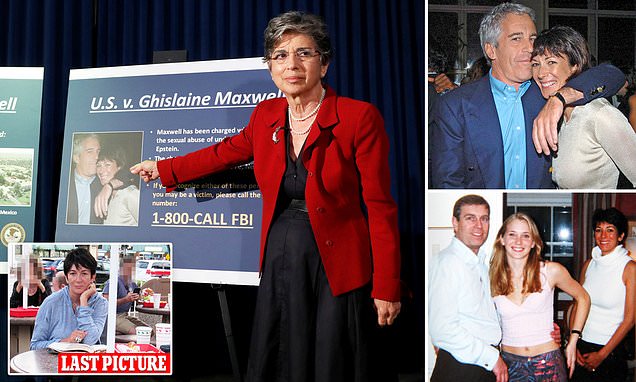 Ghislaine Maxwell, the former girlfriend of Jeffrey Epstein and alleged…

By JENNIFER SMITH FOR DAILYMAIL.COM

Ghislaine Maxwell, the former girlfriend of Jeffrey Epstein and alleged madam who is accused of procuring young girls for him, has been arrested on charges of sex trafficking and perjury.

The FBI said they took her into custody at a ‘gorgeous property’ in Bradford, a small town in New Hampshire, on Thursday morning after ‘keeping tabs’ on her for some time. She is due to appear in a federal court in New Hampshire later today.

A grand jury returned a six-count indictment against her which accuses her of enticing underage girls to travel for sex, engaged in illegal sex with them and Epstein, and later lied to investigators when she was being sued by Virginia Giuffre Roberts, one of Epstein’s accusers who says she also had sex with Prince Andrew when she was 17.

The charges relate to incidents that happened between 1994 and 1997 and involve three unnamed victims, the youngest of whom was 14. The alleged abuse happened at Epstein’s homes in New York, Florida and New Mexico and at Maxwell’s home in London.

Epstein has been accused of abusing dozens more girls and Maxwell is tangentially associated with the decades of alleged horror because, the accusers say, she was always by his side or making arrangements for him.

Maxwell, the British socialite daughter of the late, disgraced newspaper tycoon Robert Maxwell whose impressive international network of friends and acquaintances includes the Clintons, has been a ghost since Epstein was arrested last June on charges of sex trafficking.

She is who introduced him to Prince Andrew and set up the 2001 London night out when the royal allegedly had sex with Virginia Giuffre Roberts, then 17.

On Thursday, Acting US Attorney Audrey Strauss said the investigation into Epstein’s decades of abuse is ongoing and that she’d ‘welcome’ Prince Andrew ‘coming in to provide a statement.’

Scroll down for video and to read the full indictment 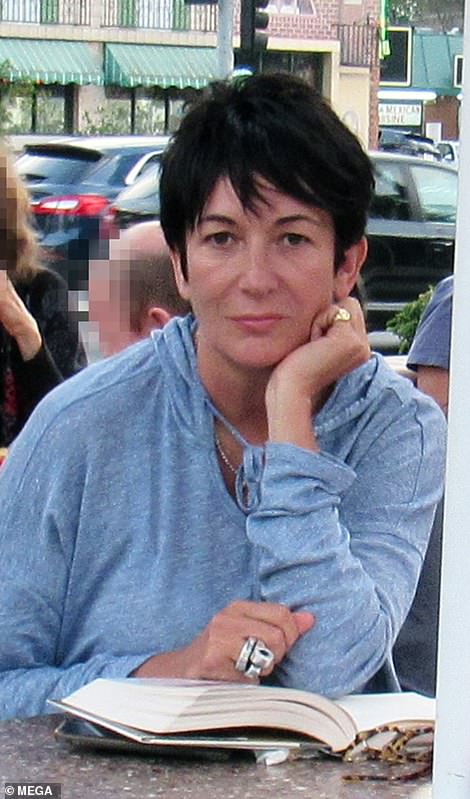 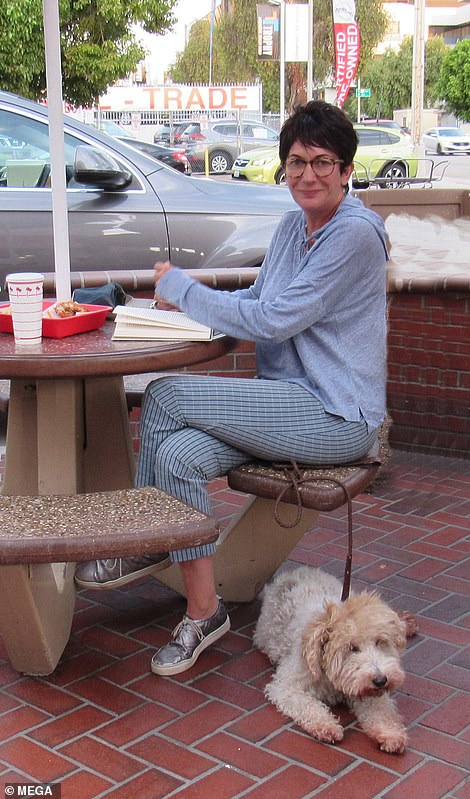 Maxwell has not been seen since last August when she was photographed at an In-N-Out Burger in Los Angeles, ten days after Epstein’s suicide

‘We would welcome Prince Andrew coming in to talk to us. We would like to have the benefit of his statement. Our doors remain open.

‘We would welcome him coming in and giving us an opportunity to hear his statement,’ she said.

If convicted, she could face life in prison on the most serious charge – transportation of a minor with intent to engage in criminal sexual activity – which carries a minimum 10 year sentence.

It reads in part: ‘Ghislaine Maxwell facilitated Jeffrey Epstein’s access to minor victims knowing that he had a sexual preference for underage girls and that he intended to engage in sexual activity with those victims’.

When she met Epstein, she had an astonishing network of influential and important friends and acquaintances around the world which many say is what drew him to her.

Among them are Bill and Chelsea Clinton.

She was photographed at Chelsea’s wedding and she also flew with Clinton on Epstein’s private jet, dubbed the ‘Lolita Express’ because it was used to ferry young girls to his private Caribbean island or ranch in New Mexico.

She has also been photographed with Epstein and Donald and Melania Trump at parties, years before Epstein became a social pariah.

Among the allegations in the indictment is that Maxwell groomed the girls, including one in London.

‘Maxwell ‘groomed [her] by taking her to the movies and on shopping trips.

‘She also asked her about school, her classes, her family and other aspects of her life.

‘She then sought to normalize inappropriate and abusive conduct by, among other things, undressing in front of her and being present when she undressed in front of Epstein,’ according to the indictment.

The trio then engaged in ‘group massage sex’ on more than one occasion, the indictment claims.

‘Victim 2’  met Ghislaine in 1996 and groomed her at Epstein’s New Mexico ranch.

At a press conference on Thursday afternoon, Acting US Attorney for the Southern District Audrey Strauss, said: ‘Maxwell enticed minor girls, got them to trust her, then delivered them into the trap that she and Epstein had set for them.

‘She pretended to be a woman they could trust, all the while she was setting them up to be sexually abused by Epstein in some cases, by Maxwell herself.

She slithered away to a gorgeous property in New Hampshire, continuing to live a life of privilege while her victims continue to live with the trauma inflicted on them years earlier
FBI Special Agent William Sweeney

‘Today after many years, Ghislaine Maxwell finally stands charged for her role in these crimes.’

FBI Special Agent William Sweeney said the bureau had been ‘keeping tabs’ on Maxwell ‘for some time’.

‘We have been discreetly keeping tabs on Maxwell for some time.

‘She slithered away to a gorgeous property in New Hampshire, continuing to live a life of privilege while her victims continue to live with the trauma inflicted on them years earlier.’

Maxwell has not been seen since August 2019 when she was spotted at an In-N-Out Burger, ten days after Epstein’ s suicide.

She has made no public comment about the scandal or about Epstein’s death last August and her whereabouts have been largely unknown.

DailyMail.com tracked her down in a small New England town where she was living with tech CEO Scott Borgerson in August 2019 but aside from that, her movements have been a mystery.

Since Epstein’s arrest and suicide, his victims have demanded that others involved in the abuse be brought to justice.