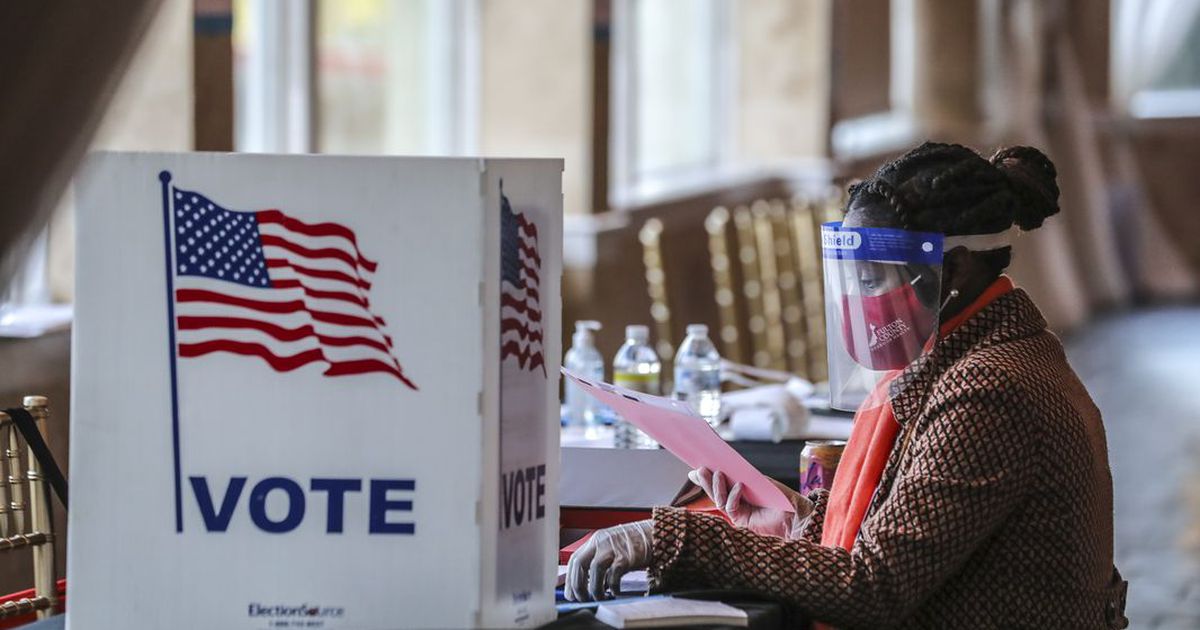 By Ben Brasch, The Atlanta Journal-Constitution

Despite the broken pipe, which did not lead to any ballots being damaged, elections officials said they performed better than the disastrous June 9 primary, which made national headlines as voters waited hours in line to cast their ballots.

Still, the Tuesday’s delayed tallies for the presidential contest and for key congressional races with consequences that could ripple across the nation.

Fulton Commission Chairman Robb Pitts told The Atlanta Journal-Constitution on Tuesday evening that the pipe burst at 6:07 a.m. and was repaired within two hours. The burst pipe wasn’t mentioned by county officials during a 10 a.m. press conference.

Elections officials were still expecting results from the majority of ballots cast to be counted Tuesday night — including the roughly 315,000 early in-person votes, which represent the most popular way of voting this cycle. As of 10:15 p.m., Fulton was displaying the results of more than 170,000 votes. There are 800,000 registered Fulton voters.

The results are preliminary, but Tuesday highlighted the massive push toward early and mail voting in part because of COVID-19 fears.

As of 5 p.m., Fulton had scanned 86,191 of the 130,517 absentee-by-mail ballots received, which doesn’t include the ballots received in today’s mail, said Ralph Jones, a top Fulton elections manager.

As of 5 p.m. Tuesday, 14,152 Fulton residents had voted in person Tuesday, with 598 provisional ballots cast. Compare that to the 19,716 people who cast ballots in person during the first day of early voting. Barron had been estimated that roughly 150,000 to 170,000 people would vote on Election Day.

Published in Biden, Election 2020, Political News, Trump and US News