The original filing may be seen below: 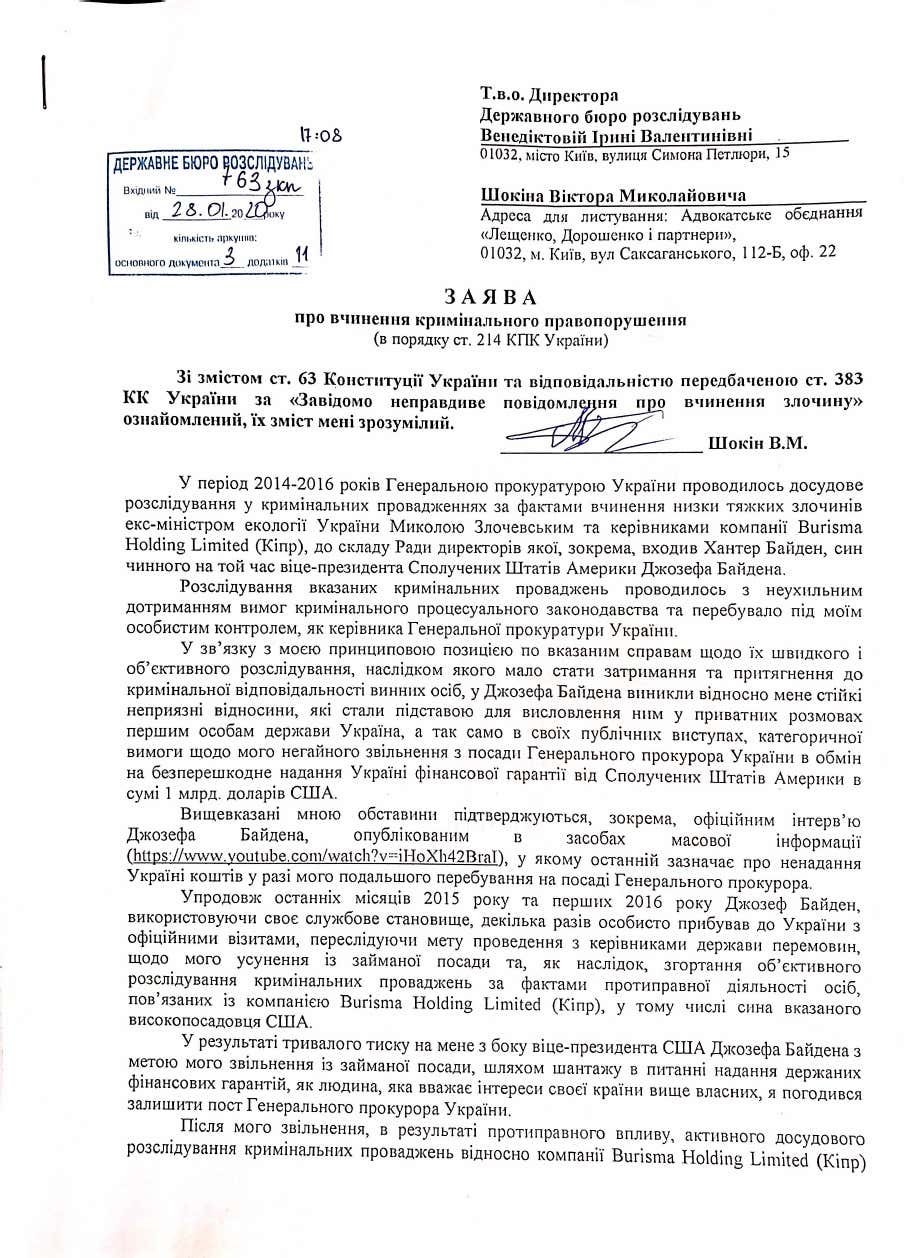 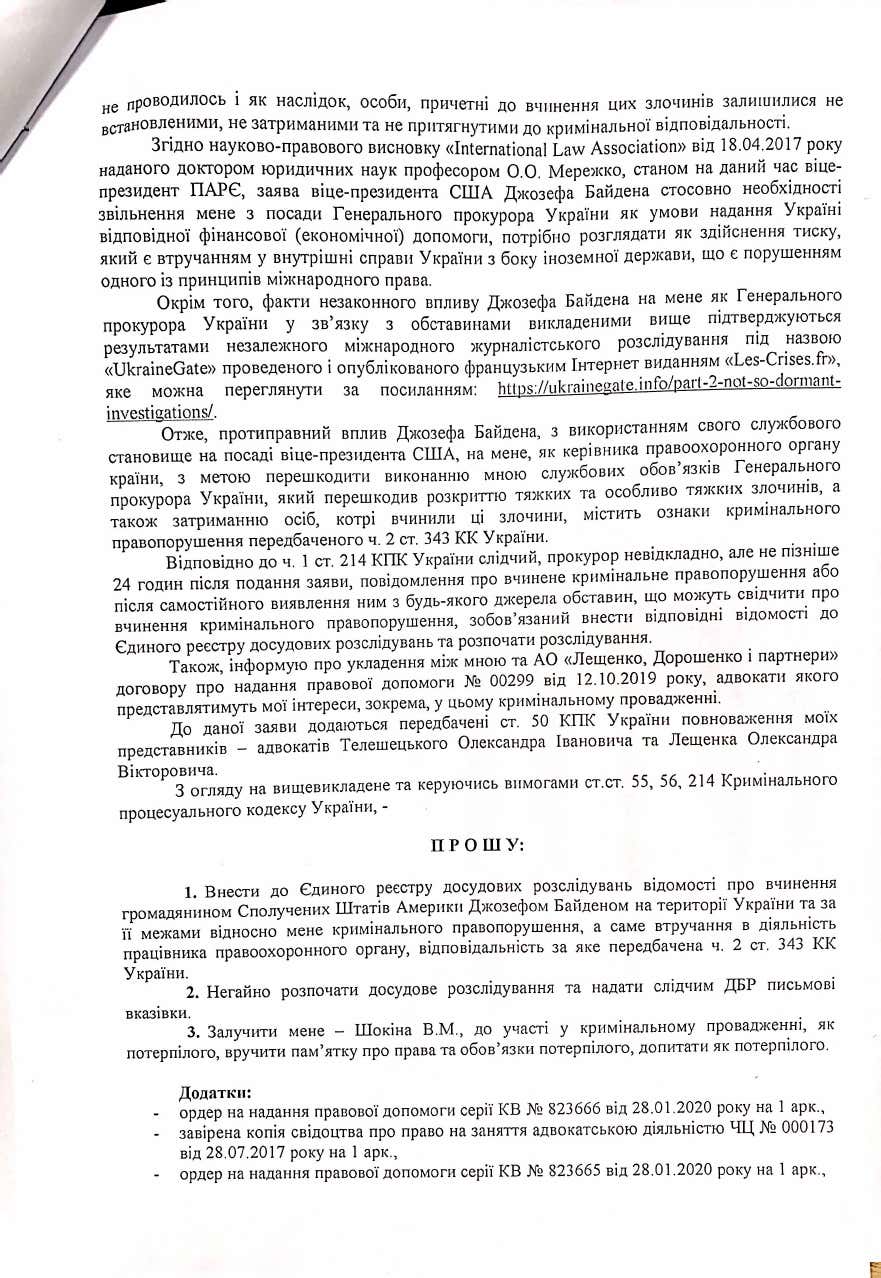 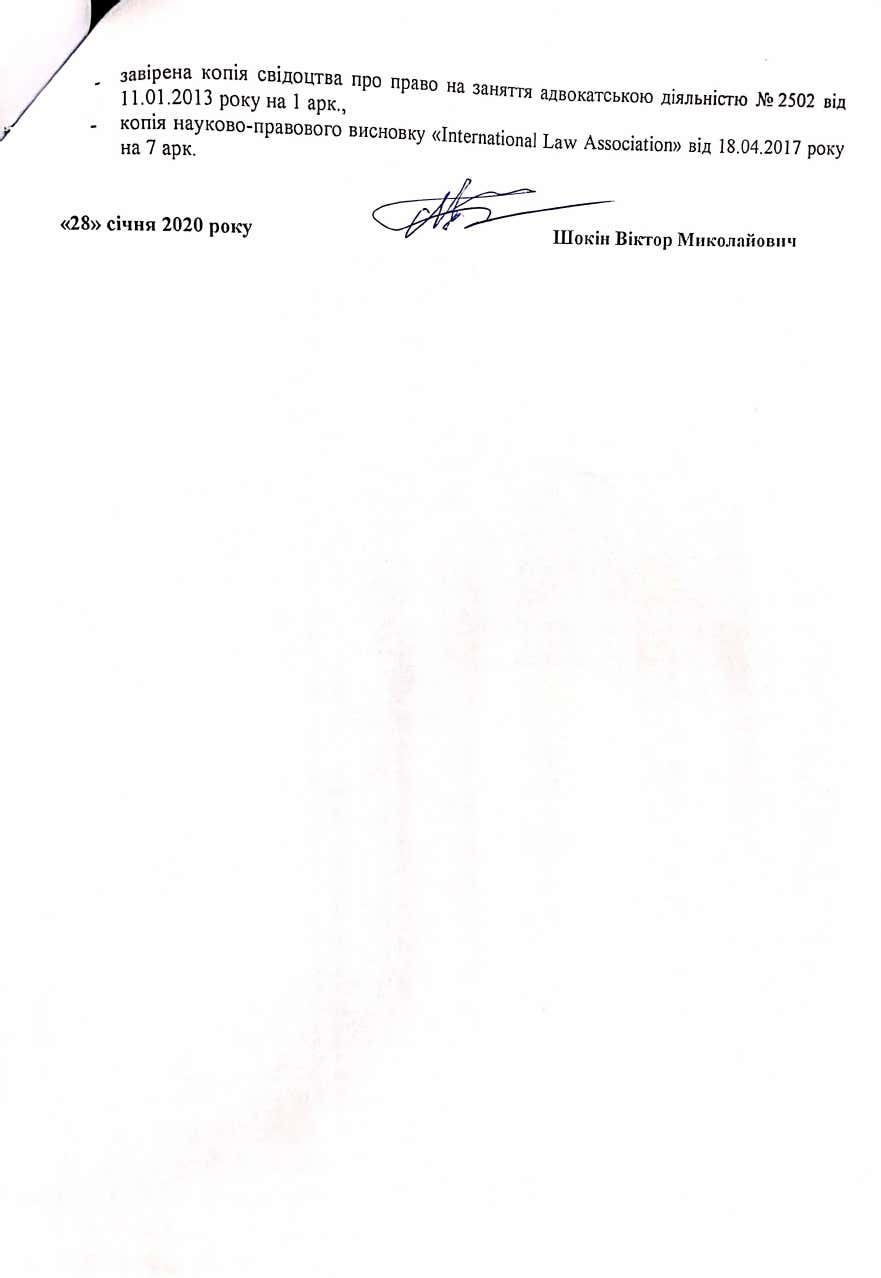 According to a translation by Les Crises, in the filing Shokin accuses Biden of having orchestrated his controversial 2016 removal from office to prevent him from completing his investigation into the corruption-linked natural gas company Burisma.

“During the period 2014-2016, the Prosecutor General’s Office of Ukraine was conducting a preliminary investigation into a series of serious crimes committed by the former Minister of Ecology of Ukraine Mykola Zlotchevsky and by the managers of the company ‘Burisma Holding Limited’ (Cyprus), the board of directors of which included, among others, Hunter Biden, son of Joseph Biden, then vice-president of the United States of America,” the document reportedly reads.

Despite the investigation being “carried out in strict accordance with Criminal Law,” Biden allegedly “developed a firmly hostile attitude towards” Shokin, it continues.

“Owing to my firm position on the above-mentioned cases regarding their prompt and objective investigation, which should have resulted in the arrest and the indictment of the guilty parties, Joseph Biden developed a firmly hostile attitude towards me which led him to express in private conversations with senior Ukrainian officials, as well as in his public speeches, a categorical request for my immediate dismissal from the post of Attorney General of Ukraine in exchange for the sum of US $ 1 billion in as a financial guarantee from the United States for the benefit of Ukraine.”

Biden openly admitted to the “categorical request” (or threat, as some have called it) while speaking at a Council on Foreign Relations event two years ago.

Published in Biden, Crime, Political News, Ukraine and US News