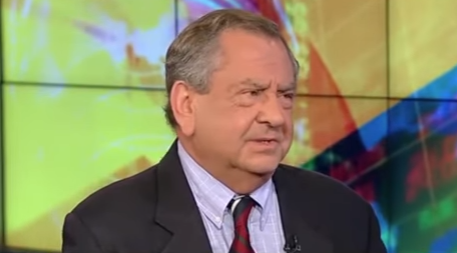 It’s obvious that anything connected to The Muslim Brotherhood infiltrating America is a horrible situation. However, the threat from this organization far exceeds the possibility of Sharia Law coming to America.

The Muslim Brotherhood holds far more political power than is attributed. This is not a mere terror organization threatening to blow-up buildings. They are a group historically connected to mobilizing citizens into accepting socialist regimes

An excellent example of this is seen in Egypt and surprise, surprise the inner U.S. government was also playing a role.

James Kallstrom might have new evidence of this connection to share with the American public, but this is most certainly not an anomaly or a new development.

Former FBI Assistant Director, James Kallstrom, recently shared in an interview with Fox News that the FBI has been allowing the Muslim Brotherhood to infiltrate every sector of the government.

Interviewer: “So take us back. What happened at the FBI to make it so political over the year. A lot of people talking about the Muslim Brotherhood as part of the issue here. What’s your take?”

And the FBI really took away from the training materials of the FBI. The whole history of radical fundamentalism. I mean it would kinda be like okay we’re not going to know anything about their habits or why they do things. It’s just nonsense.

How can agents investigate radical fundamentalist without knowing the whole history, where they’re coming from, what’s their mindset, and their tools for infiltrating the country?

Muller took away their tools to do that. He kept them away and Comey kept that up.

And basically this blanket of political correctness ties to at least one arm of the FBI. Really made it impossible for the FBI to protect America.”

Interviewer: “Why? I don’t understand. Why?”

Kallstrom: “It would take all of the psychiatrist in the world to figure it out. Why and how the political elite went along with this is just really disgusting. It’s a conspiracy of numbness and stupidity that has really harmed the FBI’s ability to protect the United States of America.”

The psychological components involved are most certainly unknown. Yet, history does provide a possible answer as to the why.

The Muslim Brotherhood was founded in 1928 by an Egyptian schooler and educator named Hassan al-Banna. This movement gained momentum at unprecedented speeds. Within 20 years their numbers exceeded two million in Egypt alone.

What sets The Muslim Brotherhood apart from other terror groups is their fundamental focus on providing social services to the masses.

Hassan al-Banna’s famous anthem that “Islam is the Solution” was slightly misleading. Sharia Law was not the answer. Socialism was the solution and Sharia Law was merely the quickest method of transportation from point A to point B.

he creation of the Muslim Brotherhood led to the election of Gamal Abdel Nasser and the start of a political ideology called Nasserism.

As despite The Muslim Brotherhood’s focus on social welfare, they were also equally committed to the use of violence or terror in promoting their “religion of peace” mission. Much as is witnessed today with the far-left protest group, Antifa.

Former Egyptian dictator, Gamal Abdel Nasser had close ties to The Muslim Brotherhood. They worked in cohorts to overthrow the government in 1952. Furthermore, The Muslim Brotherhood helped primarily by working to protect foreigners, minorities, maintain social order and encourage popular support for the revolution.

Once Nasser achieved power however the narrative changed. Nasser was not a religious radical. He was a soulless elitist dictator.

By the end of 1954, Nasser has already begun to combine his position as President, Prime Minister, and head of the Revolutionary Command Council.

Nasser’s leftist ideologies evolved into a political and socio-economic doctrine that became known as Nasserism.

Nasser claimed to be against the Western colonizing countries such as the U.S. and England but then quickly started working together to increase his personal fortunes.

He had successfully created a socialist dictatorship. He encouraged terror groups to fester in Egypt as terror is crucial for maintaining a socialist country. But, the terror groups existed to support liberal socialism and presented no real threat to the elite in power.

Despite Nasser’s death and the rise of Arab Spring, Nasserism is still very much alive today. Former Venezuelan President Hugo Chavez cited Nasser as being the hero and inspiration behind his political career.

Liberal British politician, George Galloway hails Nasser as being “one of the greatest men of the 20th century.”

So it comes as little surprise to learn that the global elite is reportedly infiltrating governments with Muslim Brotherhood members. James Kallstrom is not the only whistle-blower. Former Commander-in-Chief of the US Pacific Fleet, 4-Star Navy Admiral James A “Ace” Lyons also has been warning about this developing phenomenon.

“We’ve gotta helluva job ahead of us. With the Muslim Brotherhood penetration in every one of our national security agencies, including all our intelligence agencies and, as reported by some, our lead intelligence agency headed by a Muslim convert, this is not going to be an easy task,” the Admiral further stated.

Retired U.S. Lt. General William Boykin states the same thing about the trajectory of America. He matter-of-factly shares that the Muslim Brotherhood has infiltrated every part of our government including the Pentagon and the DHS.

“Sharia law is a very serious threat in America. We are being invaded by a group of people who see it as their absolute imperative to establish a legal system in America which will, in fact, destroy our Constitution and be replaced with this thing called Sharia law,”