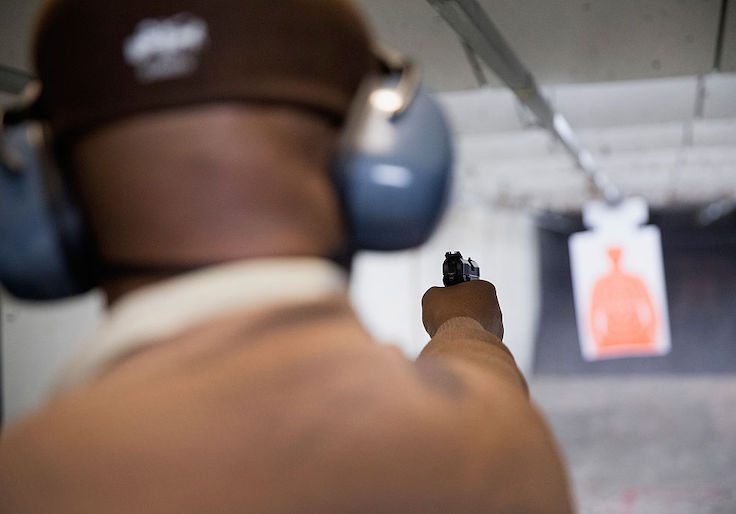 The pandemic has made the soft-spoken software engineer an unlikely…

Scott Kane went 38 years without ever touching a gun. That streak would have continued had it not been for the coronavirus. In March, fearful of the harassment his wife and child experienced over their Asian ancestry, Kane found himself in a California gun shop. His March 11 purchase of a 9mm would have been the end of the story, were it not for a political standoff over shutdown orders and background checks. Now Kane, a former supporter of gun-control measures and AR-15 bans, is frustrated by the arduous process that has denied his family a sense of security. The pandemic has made the soft-spoken software engineer an unlikely Second Amendment supporter.

“This has taken me, a law-abiding citizen with nary an unpaid parking ticket to my name, over a month,” he told the Washington Free Beacon. “Meanwhile Joe Bad Guy has probably purchased several fully automatic AK-47s out of the back of an El Camino in a shady part of town with zero background checks.”

Receipts reviewed by the Free Beacon show Kane first purchased a firearm on March 11 from Sportsman’s Warehouse in Milpitas, Calif. Santa Clara County shut down the shop before Kane’s 10-day waiting period was complete. No end date was given for the order, but a California law giving buyers just 30 days to pick up a gun remained in effect. Kane was stuck in a legal limbo that only grew worse.

Unable to do business, the store went belly-up in May. Kane had no way to pick up his gun. He started the process over again at another store in a neighboring county. He returned home with a Springfield XD 9mm and a biometric safe on April 29, 50 days after he first passed a background check and paid for a gun.

“I’m seriously thinking of running for office or something,” Kane said. “This state’s gun laws are insane.” 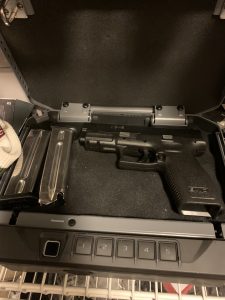 Kane is not alone. An influx of new gun owners has the potential to permanently alter the politics surrounding guns in the United States. If industry estimates are correct, millions of Americans across the country have become first-time gun buyers since March. If the experience changes their minds about the ongoing debate over gun control it could tip the balance of political power toward pro-gun activists and politicians.

It is not that the new buyers were unaware of the politics of gun control. Several new gun owners who spoke to the Free Beacon—some of whom requested anonymity citing safety concerns—generally leaned toward enhanced restrictions, their positions informed mostly by major news stories. But as they have become more personally invested in the debate, they find themselves more skeptical of gun control. Brian, a 40-year-old Floridian, used his savings to buy a Smith & Wesson M&P Shield in March after being laid off—the experience changed his entire approach to Second Amendment issues.

“In the past, I wasn’t against owning a gun. However, I did think that we had suffered enough as a country from school shootings, and something needed to be done. I was for stricter gun laws—no ARs, close the gun-show loophole, better mental health regulations, etc.,” he said. “I would now oppose stricter gun laws.”

While all of the first-time buyers who spoke to the Free Beacon cited safety concerns stemming from the pandemic as their top reason for buying a gun, some said the politics of the moment played a significant role in their decision. But they held differing and even opposing viewpoints on which politicians concerned them the most—suggesting the group of new owners represents a fairly diverse political spectrum.

Aaron Eaton, a former Army MP and current sewer company technician in Alabama, said the increasingly hostile stance many in the Democratic Party have taken toward gun ownership helped push him to make his first purchase.

“I figured now’s the time to buy before, God help us, a Democrat becomes president again,” he said. “Then I would probably never get that chance again. The only view that has changed, and solely because I got into politics because of Donald Trump, is [what I think of] the stance Democrats have regarding guns. I do not find it funny how Democrats are trying to interpret the Second Amendment.”

Andrew, a federal contractor who, along with his wife, bought a Heckler & Koch VP9 on March 21 in Virginia, said the state’s Democrat-controlled legislature pursuing a package of gun-control laws this winter in the face of unprecedented opposition directly contributed to his purchase. He said he and his wife are currently considering buying a number of other firearms they worry state Democrats will try to ban—or even confiscate—in the next legislative session despite those bills being defeated in the last session.

“These are just the first two purchases—sidearms—and when things settle down, we’ll likely get into long guns too,” he said. “We know we want a shotgun and an AR (or similar) platform before the progressives in the Virginia legislature ultimately prevail (as I expect they ultimately will) in tightening up regulations on ownership.” 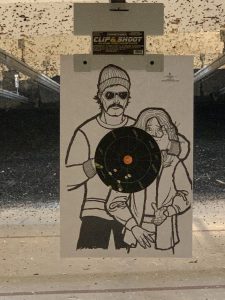 Kane, on the other hand, said his gun-buying ordeal hasn’t moved him closer to supporting the president but has moved him to consider the California Republican Party—perhaps even as a candidate.

Brian from Florida said he was concerned less about the gun debate and more about President Trump’s competence in handling the coronavirus outbreak. “I’m just concerned, as is my wife, about what the future holds,” he said.

For others, the coronavirus has not changed their views on gun control or either political party. Instead, it pushed them to make a purchase earlier than they otherwise would have or act on pro-gun views they’d already held. Jake Wilhelm, an environmental consultant in Virginia, said he had “always been a staunch 2A supporter.”

Mathew Rosky, a North Carolinian who bought a shotgun for himself and another for his wife last month, said he believes what he always has.

“I’m generally conservative and believe the Second Amendment is clear,” he said. “If you are a citizen that is not a criminal/prohibited by law or has not been adjudicated a danger to yourself or others you should be able to own a gun if you want to.”

Still, for those who have experienced a political change of heart, the effect has been dramatic. Kane fired the first shots with his Springfield XD 9mm on May 15.

“I got one of my Asian-American friends to take the NRA basic pistol class with me,” Kane said. “Signed my wife up too for a later session so we can tag-team it. Never thought I’d be that guy taking his clueless-about-guns buddy to the gun store.”

After firing his first shots, Kane bought two more guns—a Smith & Wesson .357 revolver and a California-legal model of the AR-15 he used to think should be banned. He’s hoping this time he won’t have to wait more than two months to actually shoot them.