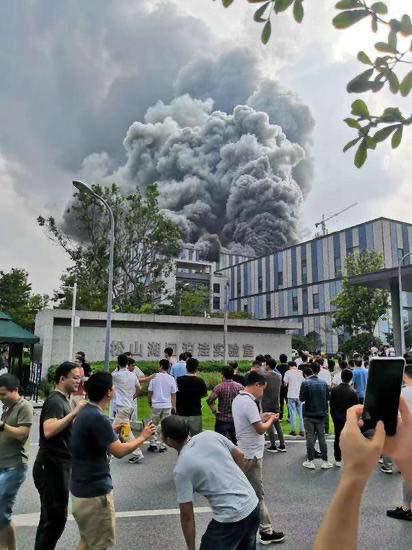 "I'm looking forward to seeing if you can explain the Huawei lab fire."     …

As the seemingly never-ending squabbling over TikTok’s deal with Oracle and Walmart drags on, the Trump administration’s battle with tech giant Huawei Technologies has seemingly taken a backseat over the last couple of weeks to this newest distraction.

But in a shocking new developing, a Huawei research lab in Dongguan caught fire on Friday, according to Reuters and local Chinese press.

The Chinese state-controlled Global Times confirmed reports of the fire but assured the public that nobody was injured.

“The lab in the city’s Songshan Lake area is a steel structure and the main material burning is sound-absorbing cotton,” Dongguan city fire-rescue department said in a statement.

The lab is allegedly the site for where the tech giant conducts testing for 4G and 5G antennas related to Huawei’s base station business, sources told Reuters.

The Global Times noted the building was under construction at the time of the blaze. Videos from social media show thick black smoke pouring from the research lab.

NBC’s Janis Mackey Frayer tweeted a picture of the blaze.

“There are images on Chinese social media of a big fire at Huawei’s Dongguan campus near Shenzhen. More to come…,” Frayer tweeted.

And the video has also surfaced online.

I’m looking forward to seeing if you can explain the Huawei lab fire. pic.twitter.com/aVJI6dJcjF

The fire comes at a critical time for Huawei, as it has continued to supply components for 5G infrastructure to many European nations, much to the Trump Administration’s chagrin.

As for the cause of the fire, right now it’s unclear. But we’re certainly curious to learn more.

Published in China, Technology and Trump