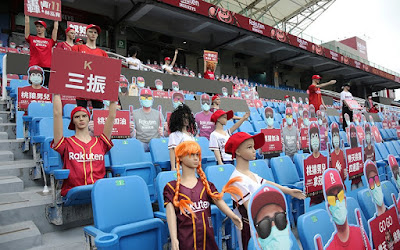 At the end of 2019 when people were making predictions…

At the end of 2019 when people were making predictions of what the New Year would bring few envisioned a Pandemic that would alter the world. Few people would have predicted or imagined the changes covid-19 has brought, to say it has been a game-changer is an understatement. This pandemic continues to evolve, whether you think it is over-hyped or not, it is impossible to deny its effects have altered society. It has twisted so many lives, businesses, the global economy, and more into a bizarre image of what existed before. It is difficult to believe but the freedom to move from one area to another is gone and may never be restored. Below are a few examples of its effects or what has become a covid-19 world.

Social distancing has resulted in events being canceled across the world. It is difficult to say when people will again feel comfortable or allowed to gather in mass. To say the effects on certain sectors of the economy have been staggering is an understatement. As these industries struggle to adjust and reinvent themselves there is no guarantee consumers will move with them allowing them to remain viable.

Who would have thought that entire cities would go into lock-down? This does not impact only the residents of these cities but the supply chains of companies that depend on products manufactured in them to operate. To make matters worse draconian rules and the harsh treatment of those not obeying government mandates have taken on an Orwellian flavor of totalitarianism which should make all of us fear the powers of those holding sway over our lives. The pandemic has highlighted the fact that over the years with the aid of new technologies governments across the world have greatly expanded their ability to watch our movements and everything we do.

While the number of people beginning to venture onto airplanes has slowly begun to increase, air travel is still far below that of last year. All indications are that it will be years before travel returns to normal. According to The Associated Press, the improvement in miles flown is “barely visible.”June’s air travel, measured in the distance traveled by all paying fliers, decreased 86.5 percent compared to last year, slightly better than May, which saw a drop of 91 percent compared to 2019. 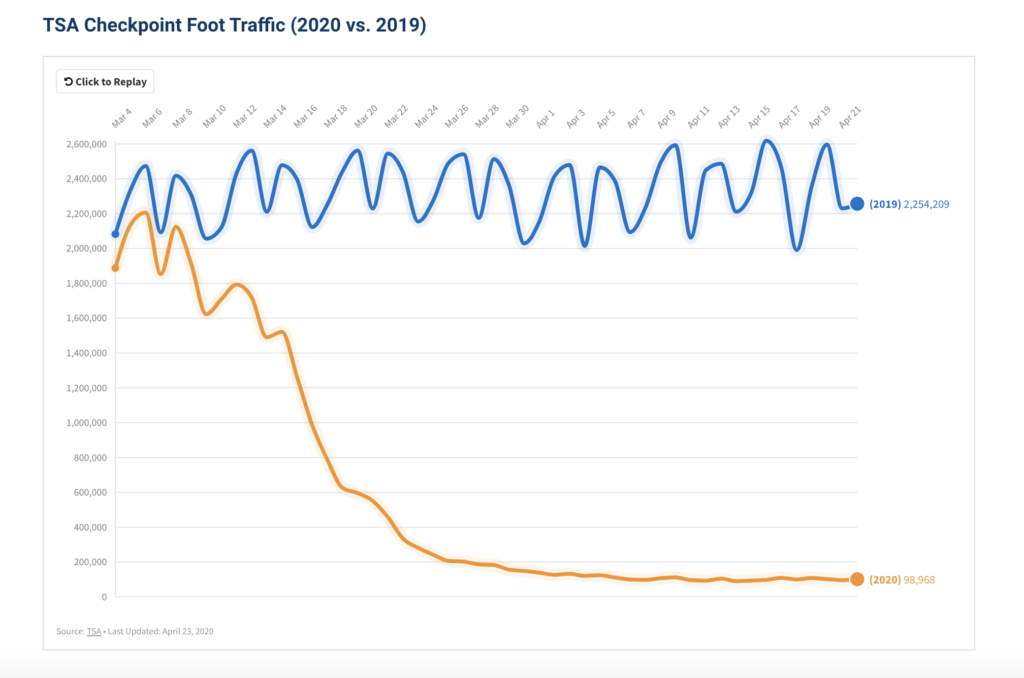 The huge decline in air travel is only one of the new realities we face and has been disastrous to tourism. The loss to many of these companies has up until now been masked by government loans and bailouts but these are only short term fixes. This all funnels into the bigger picture of the stock market that seems to have totally disconnected from the pain being fostered upon millions of small businesses in America and across the world. The demise of millions of small businesses underlines  the bleak picture we face, this means unpaid rents and more empty storefronts as Main Street withers on the vine. 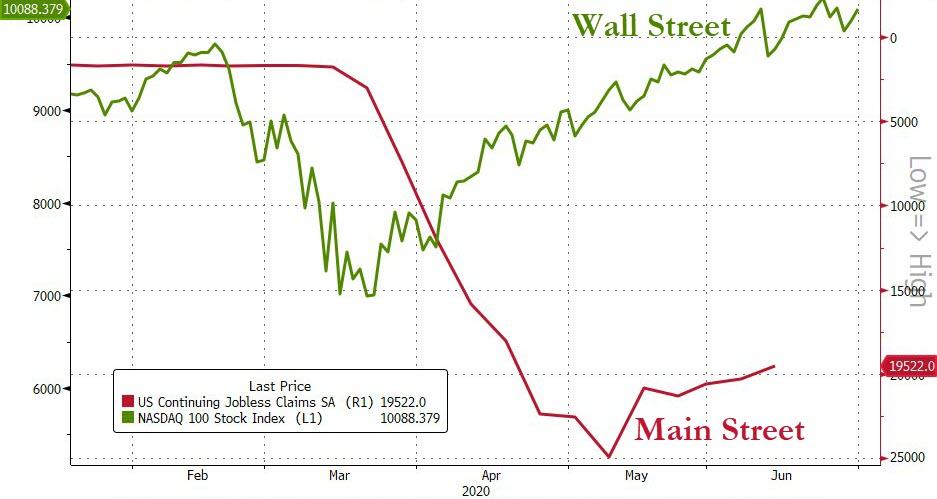 Until now much of the economic and social damage has been masked by a massive government giveaway. Unfortunately, the damage all this has wrought will become apparent over the coming months from the strong headwinds facing our economy. The loss of jobs we face is not a short term problem but will be with us for a long time and is exacerbated by growing automation and a flood of robots about to enter the workforce. How long the stock market can ignore the carnage taking place on Main Street is indeed very questionable.

It must be pointed out that when Covid-19 first raised its ugly head in early February of this year the world had no idea of its impact. Most people had never heard of Wuhan, China before the spring of 2020. Now we find that without a shot being fired or a bomb being dropped, in just a few months, our culture has been dramatically changed and transformed. The biggest problem is that this is not over. The number of people expecting things to revert to the way they were is rapidly declining. This makes predicting or imagining the future even more difficult to fathom.