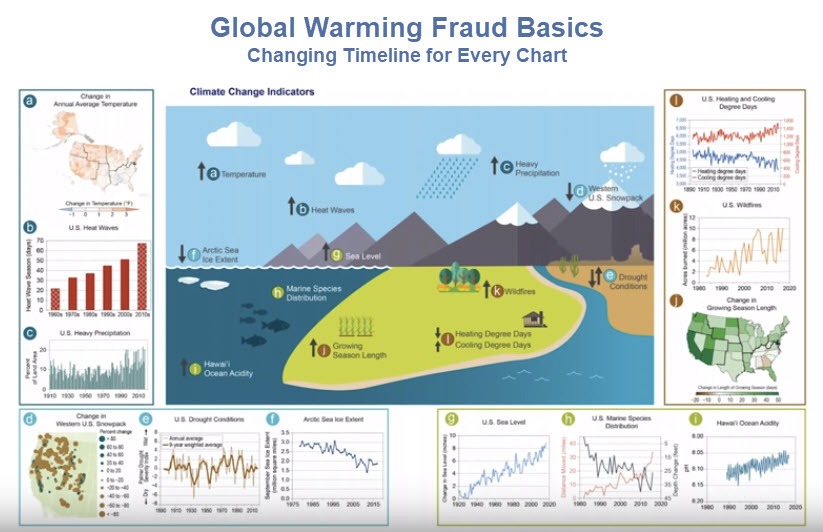 The Fed, ECB, Bank of England, and Bank of Japan…

It’s bad enough that central bankers are clueless about inflation.

They now want their hands in another thing they do not understand and cannot control even if they did.

To fulfill our core responsibilities, it will be important for the Federal Reserve to study the implications of climate change for the economy and the financial system and to adapt our work accordingly.

Brainard was just one of the speakers at the Fed’s Economics of Climate Change summit last November.

Mary Daly, San Francisco Fed president has this Q&A in her presentation.

Q: Why is the San Francisco Fed hosting a climate conference? Why this? Why now?

A: The answer is simple. It’s essential to achieving our mission.

The challenges posed by a string of recent natural disasters and the potential hit to the economy from slowing overseas growth “should be better addressed by government with fiscal policy and structural policies,” Kuroda said at a seminar.

As Japan is prone to big typhoons and earthquakes, Kuroda highlighted the risks related to climate change as an example of new issues central banks must deal with in maintaining financial stability.

“Climate-related risk differs from other risks in that its relatively long-term impact means the effects will last longer than other financial risks, and the impact is far less predictable,” he said. “It is therefore necessary to thoroughly investigate and analyze the impact of climate-related risk.”

The Bank of England hopped on the climate change bandwagon on December 30, with a Climate Change Warning from BoE Chief Mark Carney.

The world will face irreversible heating unless firms shift their priorities soon, the outgoing head of the Bank of England has told the BBC.

He said leading pension fund analysis “is that if you add up the policies of all of companies out there, they are consistent with warming of 3.7-3.8C”.

Scientists say the risks associated with an increase of 4C include a nine metre rise in sea levels – affecting up to 760 million people – searing heatwaves and droughts, and serious food supply problems.

“Now $120tn worth of balance sheets of banks and asset managers are wanting this disclosure [of investments in fossil fuels]. But it’s not moving fast enough.”

ECB in on the Climate Change Act