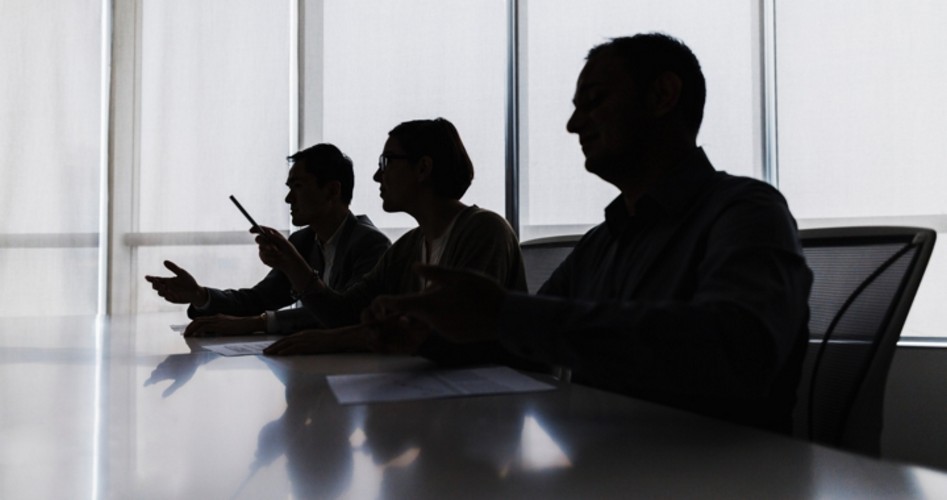 In a shocking exposé by the National Pulse, the Transition Integrity Project is shown to…

The Transition Integrity Project (TIP) — loved and lauded by the liberal mainstream media — claims to be a “bipartisan” group dedicated to ensuring the accuracy and fairness of the 2020 election. But in a shocking exposé by the National Pulse, TIP is shown to be just another establishment attempt to foment a political coup to remove President Trump from office after he wins in November.

Published Monday, the exclusive exposé connects some disturbing dots, showing TIP to be “another establishment-sanctioned offensive to nullify the Trump presidency akin to impeachment and the Russian collusion hoax.” As that report states in the introduction:

The Transition Integrity Project (TIP) appears to be another establishment-sanctioned offensive to nullify the Trump presidency akin to impeachment and the Russian collusion hoax. Now, however, TIP’s paramount concern is President Trump’s refusal to relinquish the presidency should Democratic candidate Joe Biden win given the potential for a botched election resulting from mail-in ballots and coronavirus.

The breathless media coverage of TIP in the last few days has hailed the group’s “bipartisanship,” but a National Pulse investigation has found that the group is anything but. In reality, it’s another globalist front comprised of Soros staffers, linked to the Bill and Melinda Gates Foundation, and appears to exist for the express purpose of backing Biden’s claims to the White House in an event of a disputed election in November.

The reference to “breathless media coverage” is no exaggeration. The Boston Globe positively gushed with love and adoration of TIP, describing it as a “bipartisan group” in a report claiming the group “included Democrats and Republicans, gathered to game out possible results of the November election,” and noting that some of the questions TIP faced “seem less far-fetched by the day.” For instance? “What if President Trump refuses to concede a loss, as he publicly hinted recently he might do? How far could he go to preserve his power? And what if Democrats refuse to give in?”

The Globe went on to describe how TIP used “a role-playing game that is a fixture of military and national security planning” and wound up envisioning “a dark 11 weeks between Election Day and Inauguration Day, one in which Trump and his Republican allies used every apparatus of government — the Postal Service, state lawmakers, the Justice Department, federal agents, and the military — to hold onto power, and Democrats took to the courts and the streets to try to stop it.”

And the Washington Post reported on TIP’s “role-playing game” (read: War Game) under the not-so-subtle headline, “What if Trump loses but insists he won?” That article comes out swinging with a bold prediction:

On his present trajectory, President Trump is heading for a whopping defeat in November. The Economist says there’s nearly a 99 percent chance that Joe Biden will win more popular votes and around a 90 percent chance that he will win more electoral college votes. But what if Trump won’t concede defeat? That is a nightmare scenario for our democracy that could make the 2000 showdown over Florida’s hanging chads seem like a grade-school dispute by comparison.

Trump is already laying the foundation to dispute the election outcome with his incessant claims that “Mail-In Ballots will lead to MASSIVE electoral fraud and a RIGGED 2020 Election.” Election officials label such concerns as “preposterous” and “false.” But they will serve as an excuse for the Republican Party to purge voter-registration rolls, limit mail-in ballots, close polling stations in minority areas and challenge in-person voting by minorities. Whatever it takes to win.

Damning news indeed — if it were actual news instead of editorial commentary from someone who was there and played a part in the “role-playing game.” The opinion piece written by Max Boot and published by the Post is at least honest in admitting that Boot was a participant in the experiment that produced the dire predictions he then writes about. This is a clear conflict of interests, since at least one columnist who would bring this to the public’s mind was involved in swaying the results of the experiment.

At any rate, Boot explains the process thus:

I recently took part in a “war game” to see what would happen under those circumstances. The session was organized by the Transition Integrity Project, a nonpartisan group founded by Rosa Brooks of Georgetown Law School and Nils Gilman of the Berggruen Institute. The scenario we were given predicted a narrow Biden victory in the electoral college: 278 to 260. Various participants played the role of the Trump campaign, the Biden campaign, Republican and Democratic elected officials, the news media, and other key players to see what would happen next.

I was on Team Trump and, needless to say, we did not concede defeat. Instead, we went to work, ruthlessly and unscrupulously, utilizing every ounce of power at our disposal, to secure the 10 electoral college votes to swing the election. We focused our attention on three of the swing states that Biden won in our scenario — Michigan, Wisconsin and Pennsylvania — because, in all three, Republicans control both branches of the legislature. Normally, the governor certifies the election results, and in all three states the governor is a Democrat. But there is nothing to prevent the legislature from certifying a different election outcome.

Lest this confuse anyone, remember, this scenario was imagined by people — such as Boot — who hate President Trump, assume a Biden victory, and pretend that Trump refuses to relinquish power. The only value in this scenario is in its creativity. As a work of fiction, this writer admits to finding it entertaining. But the liberal mainstream media promote this as a faithful prophecy — which is sort of the point.

The whole “war game” party only gets weirder and weirder the more one learns about it. For instance, the National Pulse goes on to report:

Alright. That is technically bi-partisan. But given that the roster is stacked with people who all have in common their hatred of President Trump, does the “bi-partisan” label mean anything at all?

And the scenario where a petulant Trump stomps his foot, holds his breath, and pitches a fit, demanding his presidency while the nation burns is not the only dark prediction of the war game. In another outcome of what appears to be as enlightening as a round of teenagers or young adults playing Dungeons and Dragons, Biden wins by “failing to concede as Mrs. Clinton had.” The imagined results are horrific. As the National Pulse quoted in their exposé, the New York Times reported on that scenario. After describing TIP as “a group of former top government officials,” the Times article said TIP “actually gamed four possible scenarios, including one that doesn’t look that different from 2016: a big popular win for Mr. Biden, and a narrow electoral defeat, presumably reached after weeks of counting the votes in Pennsylvania.”

Then the Times included this little tidbit:

For their war game, they cast John Podesta, who was Hillary Clinton’s campaign chairman, in the role of Mr. Biden. They expected him, when the votes came in, to concede, just as Mrs. Clinton had.

But Mr. Podesta, playing Mr. Biden, shocked the organizers by saying he felt his party wouldn’t let him concede. Alleging voter suppression, he persuaded the governors of Wisconsin and Michigan to send pro-Biden electors to the Electoral College.

In that scenario, California, Oregon, and Washington then threatened to secede from the United States if Mr. Trump took office as planned. The House named Mr. Biden president; the Senate and White House stuck with Mr. Trump. At that point in the scenario, the nation stopped looking to the media for cues, and waited to see what the military would do.

Remember, this is all play-acting by a group of people who hate President Trump. This is all from the fertile recesses of their darkened imaginations. But it shows their plan to take the White House any way they can while claiming that Trump is the one who is a sore loser and would refuse to concede defeat.

And — to put in the for-what-it’s-worth column — the writer of that Times piece, which unlike the Post piece presents itself as actual news, is New York Times Media Columnist Ben Smith. Smith only recently starting writing for the Times. His previous job? For the eight years before his ascension to the hallowed halls of the Gray Lady, Smith was the editor in chief of BuzzFeed News. So, in presenting “news” manufactured to sway elections to the Left by smearing people such as Donald Trump, Smith is staying true to his roots.

And while the Times, the Globe, and the Post all present TIP as a legitimate organization made up of legitimate people, note this from the exposé by the National Pulse:

The project, whose ranks include individuals dead-set on removing President Trump from office since his inauguration, is founded by Rosa Brooks and Nils Gilman.

The exposé then includes some interesting biographical information on Brooks and Gilman. “Brooks was an Obama-era Counselor to Under Secretary of Defense for Policy and Special Coordinator for Rule of Law and Humanitarian Policy along with a Senior Advisor to Bill Clinton’s State Department,” the report states. It goes on to say, “She also served as Special Counsel to the President at the Open Society Institute and now serves on the advisory board of the foundation, the brainchild of progressive mega-donor George Soros.” Now why isn’t this writer surprised to see Soros pop up in the middle of an establishment coup planning session? She also “serves as a fellow at the New America Foundation (NAF), which enjoys financial backing from the Bill and Melinda Gates Foundation and Google.”

Furthermore, Brooks wrote “Three Ways to Get Rid of President Trump Before 2020” for Foreign Policy just 10 days after his inauguration. In that screed, she opined that “four years seems like a long time to wait.” Her solution to that problem was to propose her “three ways” to have him removed from office. She favored impeachment.

Both Brooks and Gilman have ties to the Communist Party of China (CCP). Brooks’ connection is a litlle more remote than Gilman’s, but it is real, nonetheless. Remember that Brooks is a fellow at NAF. The exposé states, “NAF’s CEO Anne Marie Slaughter served as Director of Policy Planning in the Obama administration and the foundation’s board features individuals like Fareed Zakaria, a CNN host and Washington Post contributor who was recently exposed by the National Pulse for collaborating with a Chinese Communist Party (CCP) funded ‘Marxist journalism’ school.”

Gilman is much closer to the CCP. The exposé includes the fact that “Gilman serves as the Vice President of Programs at the Berggruen Institute which hosts the Berggruen China Center and has funneled tens of millions of dollars into CCP-run universities such as Peking University — merely scratching the surface of the institute’s CCP overtures.”

So, it turns out that an organization connected to pro-Chinese communists, the Gates Foundation, and George Soros received an assist from their comrades in liberal mainstream media to plan and advertise a coup to deny Donald Trump a November victory — and to steal the White House by force of fraud and violent riots if they fail and he wins again.

C. Mitchell Shaw is a freelance writer and public speaker who addresses a range of topics related to liberty and the U.S. Constitution. A strong privacy advocate, he was a privacy nerd before it was cool.