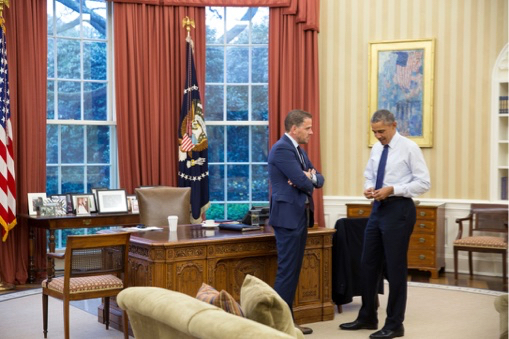 The individual who provided Hunter with these gifts is Miguel Aleman Magnani.

E-MAILS OBTAINED BY THE NATIONAL PULSE APPEAR TO REVEAL HUNTER BIDEN – SON OF THE FORMER VICE PRESIDENT AND CURRENT DEMOCRATIC NOMINEE FOR PRESIDENT JOE BIDEN – ARRANGING MEETINGS WITH WHITE HOUSE OFFICIALS INCLUDING HIS FATHER FOR A MEXICAN BUSINESSMEN. IN RETURN, HUNTER APPEARS TO HAVE RECEIVED ARTWORK, STAYS AT RESORT VILLAS, AND POTENTIAL INVOLVEMENT IN BUSINESS DEALS.

The individual who provided Hunter with these gifts is Miguel Aleman Magnani.

“I really appreciate you letting me stay at your resort villa… I have brought every single person you have ever asked me to bring to the F’ing WHite House and the Vice President’s house and the inauguration.” – Hunter Biden

Magnani, the grandson of a former Mexican President and son of one of Mexico’s richest men, is the CEO of Mexican airline Interjet.

In an email dated February 24, 2016, Robert “Hunter” Biden contacted Magnani, appearing to lament being ignored by a man he claimed to have given White House access to.

In the email, Hunter reveals he “delivered on every single thing [Magnani] ever asked.”

Favors Hunter complete for Magnani appear to involve bringing “every single person [Magnani] ever asked me to bring to the F’ing WHite House and the Vice President’s house and the inauguration”:

I haven’t heard from you since I got you a mtg for Carlos and your Dad. We have been talking about business deals and partnerships for 7 years. And I really appreciate you letting me stay at your resort villa…but I have brought every single person you have ever asked me to bring to the F’ing WHite House and the Vice President’s house and the inauguration.

An email from January 9th, 2017 shows Rosemont Seneca Partners Senior Advisor Joan Peugh listing one of Hunter’s “outstanding to dos” as “need[ing] to say thank you” in response to a piece of artwork from Miguel. 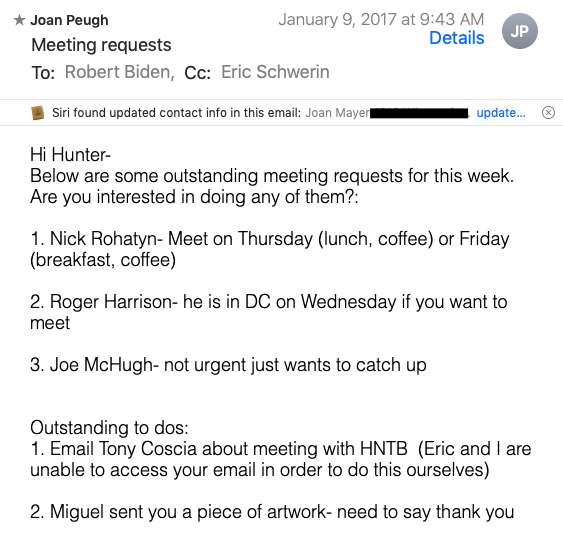 Hunter’s close relationship with the Mexican businessman extends to being invited to his 50th birthday party, which the email below describes as being postponed:

I have been very pleased with the incredible response and interest that we have received in relation to my 50th birthday celebration.
Unfortunately due to a stronger force, we must postpone the party for a new date, which we will inform you soon with the hope of being able to count on your presence for the celebration. 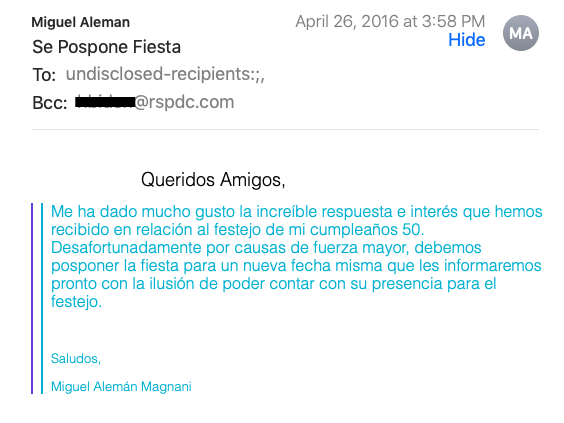 ONCE UPON A CRIME IN MEXICO:

Burisma, a controversial Ukrainian oil company where Hunter served on the Board of Directors, was also in business with Pemex – a state-owned, Mexican petroleum company.

Emails reveal that Burisma, a scandal-ridden and oligarch-led company, was granted the ability to pursue a “Pemex privatization opportunity,” per an email from Hunter on January 27th, 2015 in partnership with Magnani’s family company, the Aleman Group.

The email lays out how the stakeholders in the deal – Hunter, Magnani’s Aleman Group, and other associates of Hunter such as Devon Archer and Jeff Cooper – would need to figure out remuneration if the deal was to materialize.

Hunter also references a meeting in Mexico City on February 27th – just days after then-Vice President Joe Biden was visiting the area to talk with Mexico’s President and a host of high-level advisors. It remains unclear whether or not Joe Biden attended the meeting referenced below:

Once we have the above accomplished we should be in a very good position to make the most of the planned meeting on 2/27 in Mexico City.

Subsequent emails reveal Devon Archer attempting to coordinate the payment side of the deal:

According to your email, bellow you will find information requested, and attached please find passport’s copies for all the attendants: 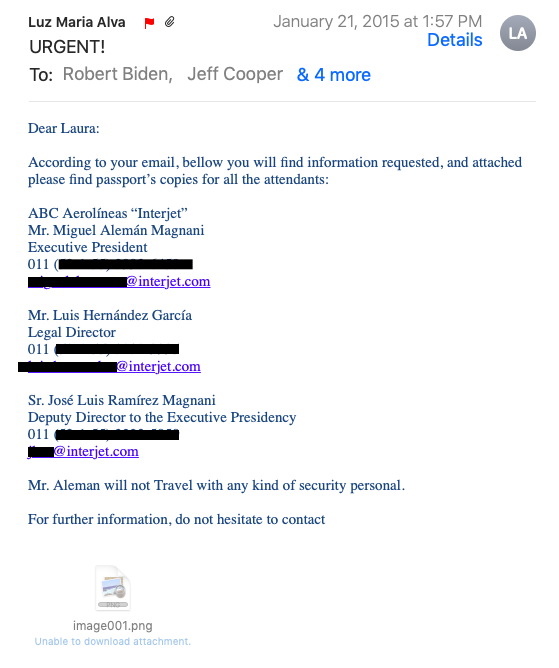 Published in Biden, Crime, Obama, Political News and US News