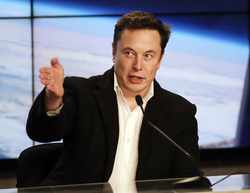 Tesla founder Elon Musk called mandatory quarantine orders “fascist” during the company’s Q1 earnings call this week, saying the government is “forcibly imprisoning people in their homes against all their constitutional rights, but that’s my opinion, and breaking people’s freedoms in ways that are horrible.”

“I think that people are going to be very angry about this and are very angry,” Musk said. “If somebody wants to stay in the house, that’s great. They should be allowed to stay in their house and they should not be compelled to leave. But to say that they cannot leave their house and they will be arrested if they do, this is this is fascist. This is not democratic. This is not freedom people. Give people back their freedom.”

“This is the time to think about the future, and also to ask, is it right to infringe upon people’s rights as what is happening right now?”

ELON MUSK: Yeah, I think we are a bit worried about not being able to resume production in the Bay Area and that should be identified as a serious risk. That we only have two car factories right now, one in Shanghai and one in the Bay area and the Bay are produces the vast majority of our cars, all of S and X and most of the 3 and all of the Y. So, the extension of the shelter in place or frankly I would call it forcibly imprisoning in their homes against all their constitutional rights, that’s my opinion, and breaking people’s freedoms in ways that are horrible and wrong and not why people came to America or built this country. What the fuck? Excuse me. The outrage, just an outrage.

So but it will cause great harm not just to Tesla but to many companies. And while Tesla will weather the storm, there are many small companies that will not.

And all of people’s — everything people have worked for their whole life is going get — is being destroyed in real time and we’re going to have many suppliers and our having many suppliers that are having super hard times, especially the small ones. And it’s just causing a lot of strife to a lot of people.

Published in Coronavirus, Health News, Opinion and US News