DID BLACKROCK/VANGUARD BUY THE ENTIRE WORLD?

DID BLACKROCK/VANGUARD  BUY THE ENTIRE WORLD?  by Miles Mathis  I…

exploringrealhistory.blogspot.com
I got into this one in a weird way, as usual. I was researching famous 19th century author Bret Harte, who wrote about cowboys. You won’t be surprised by what I found first: his grandfather was an Orthodox Jewish immigrant who was one of the founders of the New York Stock Exchange. Searching on the foundations of the NYSE, I tripped over the fact that it had been sold in 2012 to ICE. What is ICE? It is a company started by Jeffrey Sprecher, also Jewish, of course. ICE was backed by Goldman Sachs and Morgan Stanley at its startup in 2000, and we are told by mainstream sources that Sprecher “gave” 80% control to them. I assume the correct verb is “took”. They took it. We aren’t told if they still had 80% control in 2012, when ICE took over the NYSE. But I take this to mean that Goldman Sachs (and perhaps Morgan Stanley) now own the NYSE. Morgan Stanley faded in 2007-8, as everyone knows, so maybe they aren’t part of the mix like they were. Or—since that whole collapse was faked and managed as well—maybe Morgan Stanley just went undercover. Whatever the case may be there, we have to ask who owns Goldman Sachs. Are you ready? Blackrock is the top investor, and Vanguard and State Street are right behind. Together, they own almost 20% of Goldman Sachs.
And who owns Blackrock? As usual, that information is denied us. We are told that Blackrock is owned by shareholders, and that Fink, the top shareholder, only owns about 1%. If you believe that, you need serious help from Makemake. These investment groups were created to hide ownership, and they do it very well. Any research puts you on a merry-go-round, where one investment group is owned by another investment group, and then back to the first one. As with the Forbes’ lists, the richest people are permanently hidden: they don’t make any published lists. We may assume the Rockefellers and Rothschilds and the other usual suspects are being hidden, and maybe some others we don’t even know about (like Stanley’s or Spencer-Churchill’s).
But I did find some information that is not hidden which is very interesting. At Fintel.io, we get a breakdown of what Blackrock and some of the others actually own. Chew on this to start with: 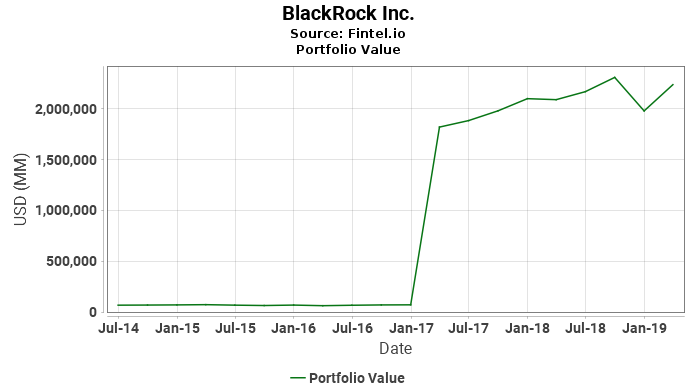