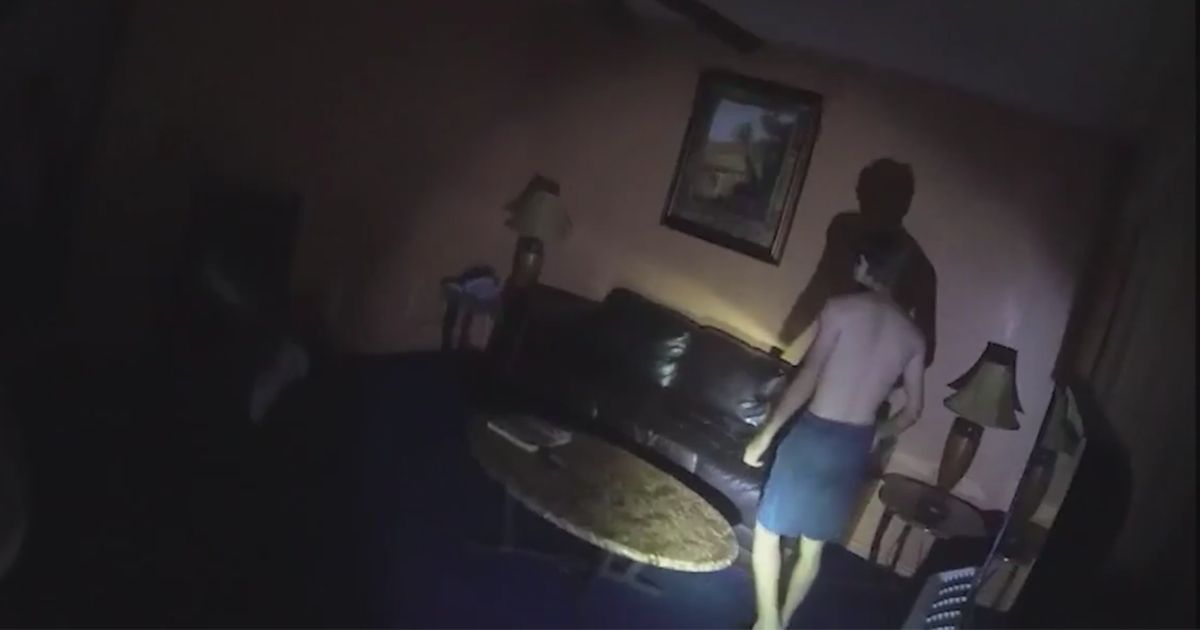 A heroic sheriff’s deputy in Florida rescued a 13-year-old girl after she was lured into a motel room by a 22-year-old man.

The Volusia Sheriff’s Office posted the story on its Facebook page along with the compilation of body camera footage.

The department said it initially responded to the report of a missing child around 6:15 p.m. on Thursday. The report was filed by the child’s grandmother, who said the victim did not return home nor go to the basketball game after school that day.

Deputy Royce James then set out to solve the case. He began by interviewing a friend of the victim, who said “the victim was planning on going to a motel with someone she met online.”

The friend suggested that the suspect’s name might be Tyler, that she believed he was from Orlando and that the victim was to be picked up at a Dollar General in Oak Hill.

TRENDING: Dems Get Sneaky with COVID Bill, Include $100M for Subway System in Silicon Valley

The video footage began with James talking to an employee of that store. He recognized a girl on the security footage resembling the picture he had of the victim.

WARNING: The following video contains vulgar language that some viewers will find offensive.

After that, the body camera footage showed James going to multiple motels in search of the victim and the suspect. Finally, he found what seemed to be a match.

“At the third motel he checked, Deputy James noticed a guest checked in under the name Tyler Thompson, with an address out of Orlando,” the sheriff’s office wrote on Facebook. Fox News reported that the site was the All Suite Motel in Edgewater, Florida.

The video showed the disturbing moment when James confronted Thompson. After James knocked on the door what the police said was “several times,” a man without a shirt on cracked open the door to a very dark room.

Thompson admitted that the girl was inside, and she immediately came running to James. After making sure she was not harmed, James told her to wait in the bedroom while he confronted Thompson.

He repeatedly asked Thompson his age, but the man did not respond.

Finally, Thompson admitted that he was 22 years old, which prompted James to give him a candid assessment of the situation.

While James’ language was harsh, his outrage is absolutely justified. Predators who victimize underage children are some of the most disgusting criminals to exist.

Luckily, James was there to stop the situation from escalating any further. The victim was clearly disturbed, and she did not want James to leave her side.

“When she was told she’d be taken somewhere to be medically cleared and interviewed, the girl asked Deputy James to stay with her,” the post read.

“He took her to a local Department of Children and Families facility for evaluation, and then took her home.”

It is unclear exactly what the victim was subjected to inside the hotel room. Fox News reported that the current charges against Thompson are “interference with child custody and traveling to meet after using a computer to lure a child,” according to officials.

Since the motel was located in Edgewater, the post said that the Edgewater Police Department and the State Attorney’s Office are working together to explore further charges. Thompson was released on $15,000 bail on Friday night.

While this story ended somewhat happily with the victim being found and the suspect being caught, it is a stark reminder of how prevalent these predators are.

Unfortunately, not all stories end like this one. The video compilation showed how many steps police had to complete just to find the suspect, and sometimes the process is not completed before the victim is seriously harmed.

Anyone who is responsible for underage children should be aware of how easily they can be victimized. It is of the utmost importance for parents and caretakers to protect their children from such disgusting criminals.

Published in Citizen Reporting, Human Trafficking and US News