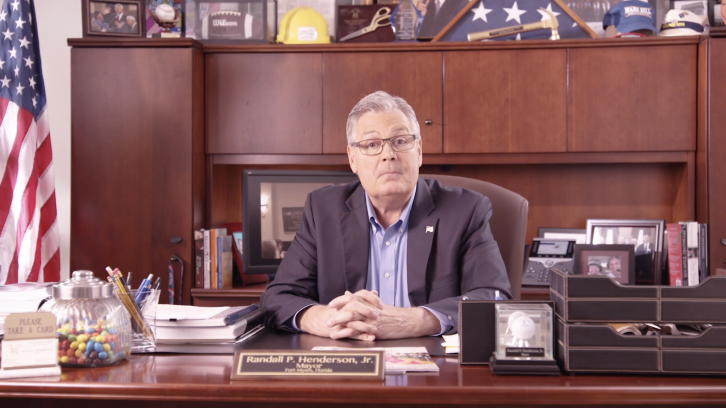 The local Democratic Party is calling on a Florida mayor…

A local Democratic party is demanding a Florida mayor resign after he called Rep. Ilhan Omar (D., Minn.) an “anti-Semitic socialist” in a campaign advertisement.

“Yep, that’s me giving Ilhan Omar the key to the city. I didn’t know her politics then, nor that she is an anti-Semitic socialist,” mayor and congressional candidate Randy Henderson says in the advertisement. “Watching that now makes me sick. I’ve had to show respect to all kinds of people as mayor. I even had to welcome Bill Clinton to town. But I’m done playing nice with people who won’t show respect to President Trump.”

Henderson, the mayor of Fort Myers, is running to replace retiring Rep. Francis Rooney (R., Fla.). The chairwoman of the Lee County Democrats called on Henderson to resign from the mayorship, calling the advertisement inappropriate and shocking.

“As mayor of Fort Myers, I have relied on conservative principles to oversee our booming city,” Henderson says in the ad. “I’m running for Congress because President Trump doesn’t need more radicals in Congress pushing partisan impeachment.”

“If you send me to Congress, I’ll represent your values, be an ally to President Trump, and I’ll get that key back,” Henderson says.

Published in Omar, Political News and US News