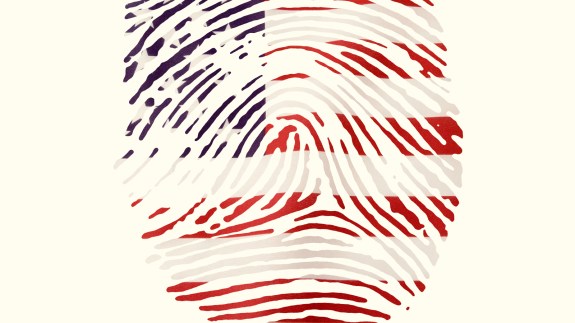 Welcome to Secret Identity, our regular column on identity and…

The defining divide in American politics is probably between Republicans and Democrats. It encapsulates all our other divides — by race, education, religion and more — and it’s growing.

This partisan divide is such a big part of people’s political identities, in fact, that it’s reinforced simply by “negative partisanship,” or loyalty to a party because you don’t like the other party. A Pew Research Center poll from last year found that about 40 percent of both Democrats and Republicans belong to their party because they oppose the other party’s values, rather than because they are particularly aligned with their own party.

But what if Americans’ views of the parties, particularly whichever one they don’t belong to, are, well, kind of wrong? That’s the argument of a study by scholars Douglas Ahler and Gaurav Sood that was recently published in The Journal of Politics. They had the polling firm YouGov ask American adults to estimate the size of groups in each party. For example, what percentage of Democrats are black, or lesbian, gay or bisexual? What percentage of Republicans earn more than $250,000 a year, or are age 65 or older?

People also overstated the numbers of these stereotypical groups within their own party — Democrats thought 29 percent of their fellow Democrats were gay, lesbian or bisexual — but they weren’t off by as much as members of the other party.

You might say, “This is just one study.” And it is. I suspect that some of these results just show Americans’ innumeracy — most blacks are Democratic-leaning, but most Democratic voters are not black. But I wanted to highlight this research in part because I think it speaks to the political moment we are in, and the study’s findings fit well with other recent research on political polarization. Lilliana Mason, a political scientist at the University of Maryland, published a book earlier this year that I highly recommend called “Uncivil Agreement: How Politics Became Our Identity.” In describing American politics today, she argues that partisan identity (Democrat or Republican) has become a “mega-identity” because it increasingly combines a number of different identities.

Mason writes in her book [emphasis hers]:

“A single vote can now indicate a person’s partisan preference as well as his or her religion, race, ethnicity, gender, neighborhood and favorite grocery store. This is no longer a single social identity. Partisanship can now be thought of as a mega-identity, with all of the psychological and behavioral magnifications that implies.”

In other words, if you told someone on the phone whom you had never met before that you are white, that single fact would not tell them much more about you. But if you told them that you are a Republican, they could reasonably assume that you are not black, lesbian, gay, transgender or bisexual, nonreligious or Jewish. They could also assume that you don’t live in Washington, D.C., and that you don’t believe racial discrimination is the primary reason blacks aren’t making more advances in today’s America. If you told them you are a Democrat, they would have good reason to believe that you are not a white evangelical Christian and don’t live in coal country in Kentucky. (We should not exaggerate how perfectly sorted people are: In raw numbers, there are still plenty people who buck their party’s stereotypes — young and non-evangelical Republicans and Democrats who are religious and non-urban.)

And which party people belong to is important because there is some evidence that instead of people choosing their party affiliation based on their political views (and changing parties if their views are no longer represented by that party), they shift their views to align with their party identity. The clearest case of this might be polls showing Republicans with more favorable views of Russia and Vladimir Putin after the 2016 election.

But you can also see people molding their political opinions to their party on other issues. Opinions of the FBI, for example. Or, perhaps, the half of Republicans who have told pollsters that they support separating children from their parents at the border.

“The danger of mega-partisan identity is that it encourages citizens to care more about partisan victory than about real policy outcomes,” Mason told me. “We find ways to justify almost any governmental policy as long as it is the policy of our own team. What is best for America, Americans or even small children is secondary to whether our party’s team gets what it demanded.”

So we are in a situation where Americans have sorted themselves into two parties along not just ideological lines, but also by geographical, religious, racial and other social and cultural differences. At the same time, they’ve adopted inaccurate, caricatured views of both parties that overstate these already sizable demographic differences. And they’ve started taking positions on issues based on whatever stance their party adopts.

This dynamic seems less than ideal — hence the title of Mason’s book.

“These misperceptions are one of many factors fueling the contemporary partisan gulf,” Ahler said in an interview.

What else you should read

I met longtime political operative Steve Schmidt back in 2004, on a campaign swing through the Midwest with then-Vice President Dick Cheney. Back then, Schmidt was one of the top spokespeople on the Bush-Cheney campaign. And after helping Republicans win that election, Schmidt briefly served as a Cheney adviser at the White House. Cheney is … pretty conservative. So, as you read about Schmidt’s decision to leave the Republican Party, it’s worth thinking about that move not just as a change of views or ideology. Being a Republican generally — and a Republican political operative specifically — was, at least for a while, likely a big part of Schmidt’s identity. He has now shed that.

Daily Dose Of Straight Talk With John B. Wells Episode 1390