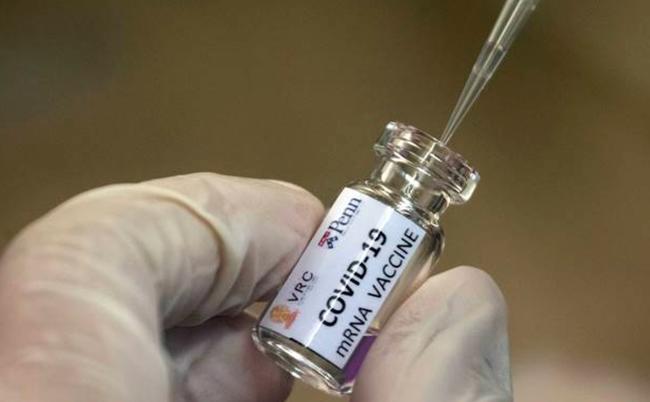 Update (1030ET): Markets are rallying Wednesday after Treasury Secretary Steven Mnuchin appeared on CNBC to pump the market earlier. But the secretary also said he believes it’s “pretty clear” that we’re going to have a vaccine soon.

"I think it's pretty clear we're going to have a vaccine." Treasury Secretary Steven Mnuchin says his faith is in the prospect of a vaccine, and that the recovery of the economy is tethered to finding one, whenever that may be. https://t.co/ueY6EOI19K pic.twitter.com/ttKN6hfcL5

Earlier, Scott Gottlieb appeared on CNBC to castigate the administration, where he once served as head of the FDA, for withholding the criteria for emergency approval of a vaccine, calling the lack of transparency “wrong”.

"The White House has said they may hold up a guidance that the FDA wants to issue that delineates the criteria by which the agency is going to judge a COVID vaccine. I don't think it's appropriate for the White House to hold up that guidance," says @ScottGottliebMD. pic.twitter.com/Q73jnoJ9TF

The CEO appeared on CNBC Wednesday morning to comment on the news.

Join me at City Hall for the latest updates. https://t.co/JygMAPJrWg

NYC’s schools continued to reopen Wednesday, with 870 schools opening with in-person learning for the first time, as de Blasio boasted that no other major city in America is sending kids back this early.

In keeping with the mayor’s hostile attitude toward the businesses that generate the city’s tax revenue, de Blasio greeted the reopening of indoor dining by promising “immediate summonses” for anybody caught breaking the rules.

So far, the outbreaks haven’t yet spilled over into the public school system, de Blasio said. NYC restaurants reopened Wednesday at 25% capacity, and schools have just started in-person learning. De Blasio has also promised to intensify enforcement in the hot spots. He defended the NYPD after a reporter asked about cops setting a “bad example” by not wearing masks.

NYC setting up "block parties" with large testing tents that can test up to 500 people with 48 hour results, says @NYCHealthSystem's Dr. Katz

But if cops are caught not wearing their masks “there should be penalties”, de Blasio added.

As a reminder, here’s how things stand in NYC’s neighborhoods.

Update (0840ET): The latest update from the COVID-19 Tracking Project finds that the number of people hospitalized in the US has plateaued at around 30,000 over the past week, following a decline from nearly 60,000 toward the end of July. Deaths, meanwhile, averaged about 750 over the seven days through Sunday, higher than the roughly 600 deaths a day seen during the first week of July.

Now, as the seasons turn and the global death toll from COVID-19 tops 1 million, signs suggest there will be more deaths and serious illness ahead. Data collected by the Covid Tracking Project shows that the number of people hospitalized in the US has plateaued at about 30,000 in the past week, after a decline from nearly 60,000 that began in late July. They interpreted this as a sign that cases and deaths could soon rise as more restaurants, bars and now schools reopen.

Although the news was first reported last night, the market seemed to embrace news of Moderna’s latest safety and efficacy data Wednesday morning, as Joe Biden’s ‘win by default’ during Tuesday’s first presidential debate appeared to weigh on stocks. During the debate, the former Veep accused Trump of doing nothing to stop the coronavirus pandemic in the US, and laid blame for the 200k+ deaths in the US at President Trump’s feet.

In response, Trump claimed his decision to bar travelers from China staved off a worse disaster, and argued that every single death is an unacceptable tragedy – though the president made clear that it’s Beijing that should shoulder the blame.

In the UK, PM Boris Johnson is facing an insurrection from Tory MPs who want to limit HMG’s ability to unilaterally impose another national lockdown, or embark on other strict COVID-19 measures. The controversy has reopened the debate about “herd immunity”, which has become a controversial notion – what President Trump calls “going herd” – as Sweden and other countries have denied that it was part of their srategy for battling the virus.

While President Trump would have his followers believe a vaccine might be coming as soon as next month, most other official sources – including Trump’s own vaccine czar – agree that a vaccine won’t be widely available in the US until the early spring, at the earliest. As the debate rages, it’s worth reading this latest opinion piece by Bloomberg’s John Authers.

Authors starts off by pondering how markets have been able to maintain their “relative” calm (well, relative to the chaos seen in March) amid the resurgence in new cases in Europe and the US. He argues that scientits are divided on the issue of the “second wave”, and that “even the most alarming data of the last few weeks don’t establish that one is under way.”

Critically, deaths linked to the virus have remained well below their levels from the spring, even on the worst of days. To be sure, herd immunity is about lowering the spread of cases, not the number of deaths. But as Authers points out, a spate of new research from some of the most respected researchers working at the crossroads of advanced modeling and epidemiology suggests the threshold for “herd immunity” is lower than many believe. And it’s due to a concept called “heterogeneity.”

The theoretical basis for hope lies in heterogeneity. Not all people will be equally susceptible to the virus, and there is now a debate over why some are so much worse affected than others. Whether prior exposure, possibly to other coronaviruses, could help some people to resist Covid-19 is now the subject of intense research. Similarly, not all people will be equally exposed.

Some naturally come into contact with far more people than others do, during the course of their daily lives. These people are more likely to have had it already, and won’t therefore infect anyone else in a second wave. This paper by Patinkin of David Capital explains the argument clearly.

The mathematics are head-spinning. Gabriela Gomes of the University of Strathclyde in Scotland, one of the most respected mathematicians in the field, explains the ideas behind heterogeneity and its lowering of the threshold for herd immunity in this podcast.

Gomes discusses the idea in more detail in a podcast which can be found here.

Moving on Authers shares several other charts, including one showing how – for whatever reason – this latest wave in the UK is less lethal than a second wave.

While that’s certainly one view, analysts at Bank of America are projecting the herd immunity threshold in the US to be much higher, and that, if left to its own devices, the virus could take more than 2 years to finally burn out. Oddly, another piece of research published by BofA a few days earlier estimated the herd immunity threshold might be as low as 12%, compared with the 60% “consensus” estimate among high profile academics including Dr. Fauci.

Looking back at the latest data, global cases have reached 33,646,813, per Johns Hopkins University data, while the worldwide death toll has hit 1,007,839.

Finally, Becton Dickinson and Co.’s rapid COVID test that returns results in 15 minutes has been cleared for use in countries that accept Europe’s CE marking, the diagnostics maker said Wednesday. The test is part of a new class of tests that focus on proteins called antigens that can be found on the surface of the virus.

Here’s the other major news from overnight and Wednesday morning.

Moderna coronavirus vaccine appears to work for older adults, according to researchers (Newswires).

Russia has completed the clinical trials of a second potential COVID-19 vaccine produced by the Vector Institute (Newswires).

World Bank President David Malpass, nominated to the position by President Trump, said he is seeking board approval for $12 billion of vaccine financing and distribution initiative for developing countries (Newswires).

Novartis CEO stated that vaccines alone will not be enough to combat COVID-19, adding that significant supplies of highly effective vaccines will likely not be available until the end of 2021. (Newswires)