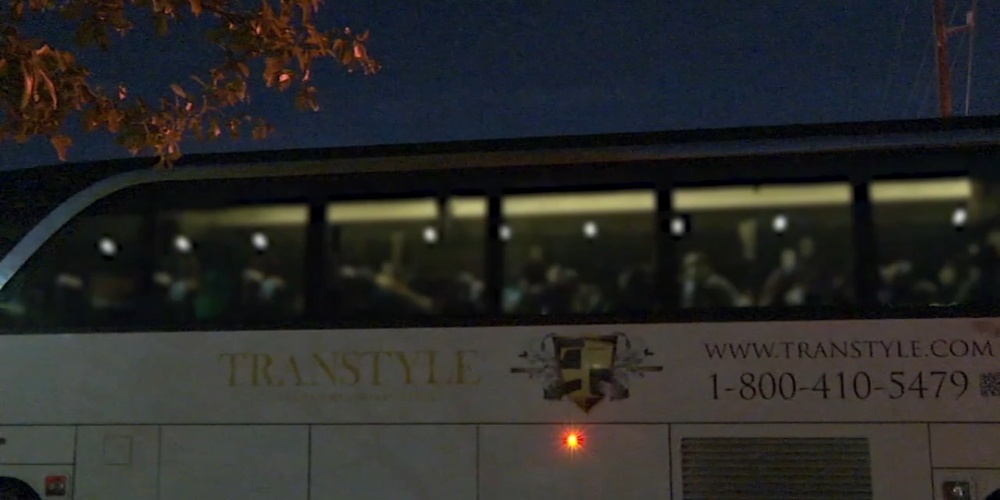 NOQ Report - Conservative Christian News, Opinions, and Quotes
By Kerry Marasco
A migrant facility near Bush Intercontinental Airport in Houston was inexplicably shut down over the weekend after opening earlier this month. At least one staffer is reportedly dead following an “incident” Friday, but the Biden administration claims the closure is unrelated to the death.

The migrants were quickly bussed away Saturday to locations unknown. Little is being said about the incident and thus far only Fox News has reported on it among large mainstream media outlets. The Gateway Pundit reported on it briefly yesterday. According to the statement released by HHS:

The U.S. Department of Health and Human Services (HHS) is working diligently with its interagency partners to ensure that unaccompanied migrant children are unified with family members or other suitable sponsors in the U.S. as quickly and safely as possible.

Today, HHS announced that all of the children in HHS Office of Refugee Resettlement (ORR) care at the Emergency Intake Site (EIS) for Unaccompanied Children at the National Association of Christian Churches site in Houston, Texas (NACC Houston) will be immediately unified with sponsors or transferred to an appropriate ORR facility. The children being transferred are being moved to ensure continuity of care under conditions that meet our strict standards of care in ORR state licensed shelters, the Carrizo Springs Influx Care Facility or Emergency Intake Sites where beds have become available. Almost 130 of the 450 girls on site already have plans to be unified with a sponsor. ORR will continue working with the transferred children to unify them with a sponsor.

The NACC Houston EIS and other Emergency Intake Sites are intended for use as a temporary measure. The NACC Houston EIS opened on April 1 and the HHS greatly appreciates the support of the surrounding community and those who provide care to the children.

.@HHSGov is suddenly closing an emergency influx site in Houston just weeks after it opened, reunifying 130 of the 450 minor girls with family and transferring the rest to other ORR facilities. It did not say what had prompted this. pic.twitter.com/HRxfYeSb7c

.@oliviaptallet wrote about some of the questions around this Houston site in particular: https://t.co/N7LCDE89Ik

.@JacksonLeeTX18 says a federal volunteer at the facility died after falling ill at the facility last night from an unrelated issue and that the transfers were already in the works. Said she had seen ‘nothing untoward there’ on her tours. (*clarified this)

About 450 unaccompanied migrant girls, ages 13 to 17, were abruptly moved out of a U.S. housing facility in Houston on Saturday — less than three weeks after it opened.

Authorities have been mostly tight-lipped about the closure, reports say — but an advocate for immigrants claims it was because of some type of incident there Friday night.

Ambulances and law enforcement vehicles were seen Friday night outside the facility, which is located near Bush Intercontinental Airport, the advocate told The Associated Press, citing information he said he received from an employee of the group he leads.

Something is happening at the Children Detention Center in Houston pic.twitter.com/6ohJEVb2Ws

Then Saturday morning, buses arrived to transport the girls, other reports said.

“There seemed to be a lot of confusion as to what was happening,” Cesar Espinosa, director of advicacy group FIEL Houston, told the AP, relaying the information from the employee about Friday night. “The people that were there looked like they were in a sad stance, kind of with their head down and seemed like they were wiping tears away.”

The Houston Chronicle reported Saturday that the closure followed its reporting about crowding at the facility — and that an adult staffer from the U.S. Department of Health and Human Services (HHS) had died there Friday night in an incident that was unrelated to the transfer of the girls.

The girls at the Houston facility had been there since April 1. The site was called an Emergency Intake Site for Unaccompanied Children and was being operated by the National Association of Christian Churches (NACC), according to the AP.

This is a coverup of some sort. It’s easy to say we’re not being given the full picture because they’re not giving us much of a picture at all. We know the teen girls were somehow not being appropriately cared for at the facility, which was just opened earlier this month. Moving nearly 500 girls all of sudden, especially following the death of a volunteer, tells us whatever happened, this was very serious.

Democrats and the Biden administration claim to care about the children. If they really cared, they would not be encouraging them to take the dangerous trek, raped along the way, just to be thrown into unsafe, jam-packed facilities.