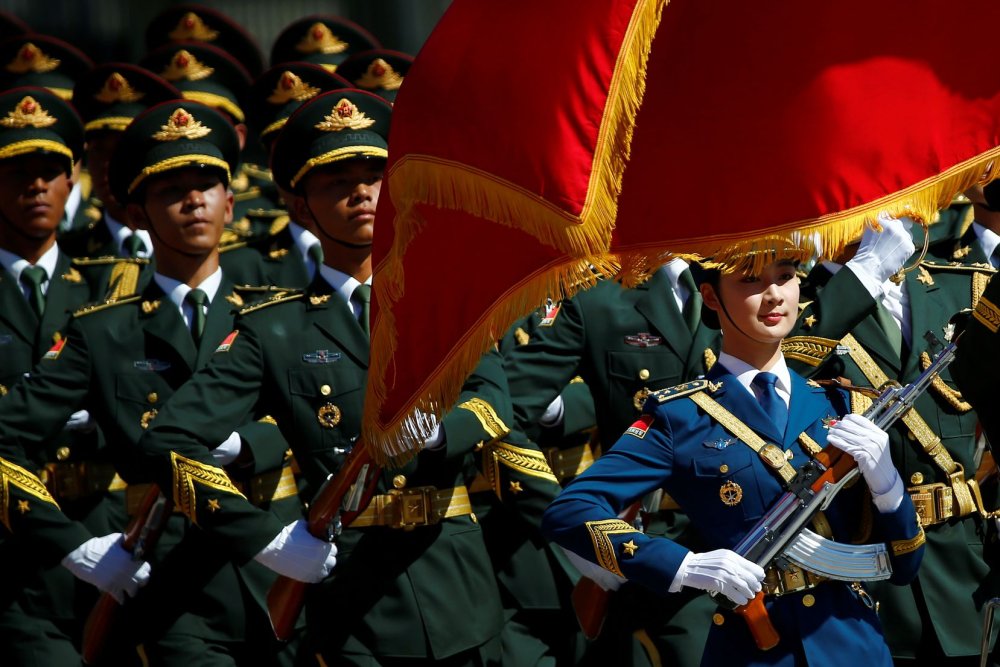 The UFO Spotlight On...

To Free the Chinese people:

For the good  and general welfare of the Chinese people and the World, permission is hereby granted to copy, quote or reproduce this article, with a link-back, in full or in part with the hope that these revelations will help to free the Chinese populace and the citizens of Hong Kong from the Evil that has befallen them.

I am a senior Chinese military intelligence officer and I know the truth about the “corona virus” outbreak.  It is far worse than the media are telling you.

I am a Chinese citizen in Wuhan who occupies — or perhaps occupied — a high-ranking position in military intelligence.  I am also a member of the Chinese Communist Party. As a senior official near the top of the Party, I have access to a great deal of classified information and I have been involved in many top secret government projects.  I have a doctorate from a leading university in a western country, which is why I am able to write my account in English.

I have information that I believe could lead to the overthrow of my government.  It is also relevant to billions of people outside of China, all of whom are now in existential peril.

It will not surprise you to hear that if my identity were to be revealed, my life would be in grave danger, as would those of my wife and son.  I ask you to respect the fact that I have stripped out of this account all facts that would make it easy to identify me.

By now you will be familiar with the recent outbreak of 2019-nCoV, also known as NCP, or simply “coronavirus”. You will have heard that it originated in Wuhan, an industrial city in China, and that it came from an animal — most likely a bat or a pangolin — that was sold in a wild animal market.  You will have been told that it is an influenza-like illness that can in severe cases cause pneumonia, respiratory failure and death.

Finally, you may have heard that although the disease is highly infectious, it is dangerous only to the elderly or to those who have a compromised immune system.  The official lethality rate is approximately  2% or so.

All of that is a bunch of lies concocted by the Chinese state with the tacit support of the U.S. deep state and its friends in the European Union, Russia and Australia, and spread by the docile media in all of those countries.

Let me start by telling you that the world does not operate the way you think it does. Although countries like the US and China vie for global dominance, that competition is restricted to certain limited areas.

In most ways, the two countries are more interested in cooperation so that they can stop other competing countries from gaining more power.  They also have a shared interest in keeping real power out of the hands of their “ordinary” citizens. To this end, they have many different mechanisms by which they control the overwhelming majority of their media outlets.  The Americans in particular have perfected the art of creating made-up “divisions” between their two main parties which are designed to hide the fact that both serve the same masters.

These same nations also posses technology that is far more advanced than you can imagine and which is kept carefully hidden from public view.  This includes advanced artificial intelligence capable of undermining and deciding any election in the world; biological and chemical agents( 生化剂) that can manipulate and control the thinking patterns and behaviours of citizens to terrifying degrees; highly sophisticated manipulation techniques using hypnotic practices entirely unknown to the public; and other things that I will not go into now.

My point is that the great nations do not compete so much as work together. Their principal goal is to shield the true workings of the world from the “uninitiated” public.

Let me return to the virus.

The Standing Committee of the Chinese Communist Party considered these to be a grave threat to the integrity and stability of the motherland.  The U.S. government and the EU both knew that the Chinese were secretly working on a biological agent that was supposed to make the protesters docile and obedient.  Without going into detail, I worked on that project.  We tried to develop a sort of spray that could be dispersed from helicopters or drones and that would lead to mental retardation and behavioural change.

Naturally, as Hong Kong is one of the most open and international cities in the world, the Party decided that it was too risky to release the agent in Hong Kong without first testing it.  For this, it needed a great number of human guinea pigs. Two groups were identified for this.

First, we rounded up a large number of so-called “islamic radicals” in Xinjiang Province and took them to what we called “training camps.”

We had already been using these camps for human experimentation for several years, but the Hong Kong protests meant that we redoubled our efforts.  We exposed the inmates to various “alpha” experimental agents.  As these were odourless and invisible, the subjects were not aware that they were taking part in medical trials. 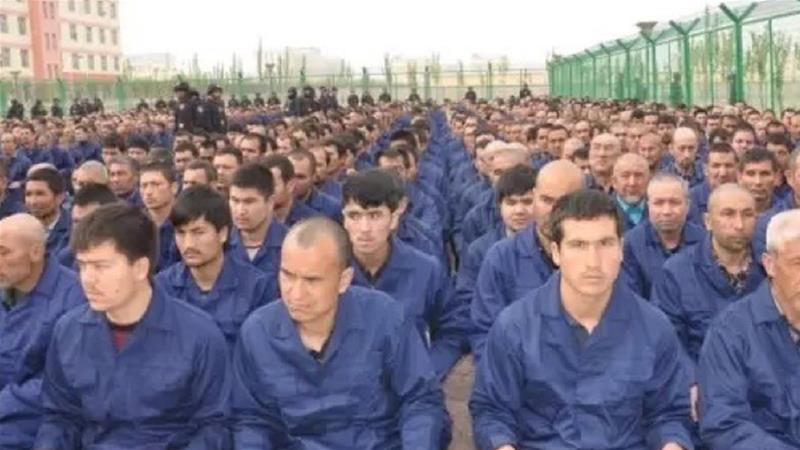 The resulting high rates of cancer, premature dementia, suicidal depression and death by organ failure could easily be suppressed, as the camps are located in very remote parts of our motherland.

Once the initial experiments had yielded a “beta” agent, it was transported to Hubei Province, where it was deployed in a special military testing facility outside the city of Wuhan.  This was not even a particularly well-kept secret: the existence of this facility has been reported in international news.  Even the fact that it is located close to the wild animal market is a known fact.

By then our President had already introduced a “social credit” system that allowed us to identify disloyal, counter-revolutionary and bourgeois elements in our society.  Using the social credit scores — which are taken from online activity, electronic shopping behaviour and reports from informers in civil society — we selected some of the worst offenders.  These included human rights lawyers and activists, Christians, homosexuals, artists, intellectuals, people who speak foreign languages, and other undesirables.

Once these troublemakers had been collected and placed in the testing facility, we exposed them to the Agent, which is biochemical in nature and spread in an invisible aerosol, akin to certain viruses.  Initial results were encouraging, as we saw significant cognitive decline and reduction in higher mental processing facilities.  Essentially, our undesirables were becoming mildly mentally disabled, which is precisely the effect we wanted to produce in order to pacify the restive population of Hong Kong. 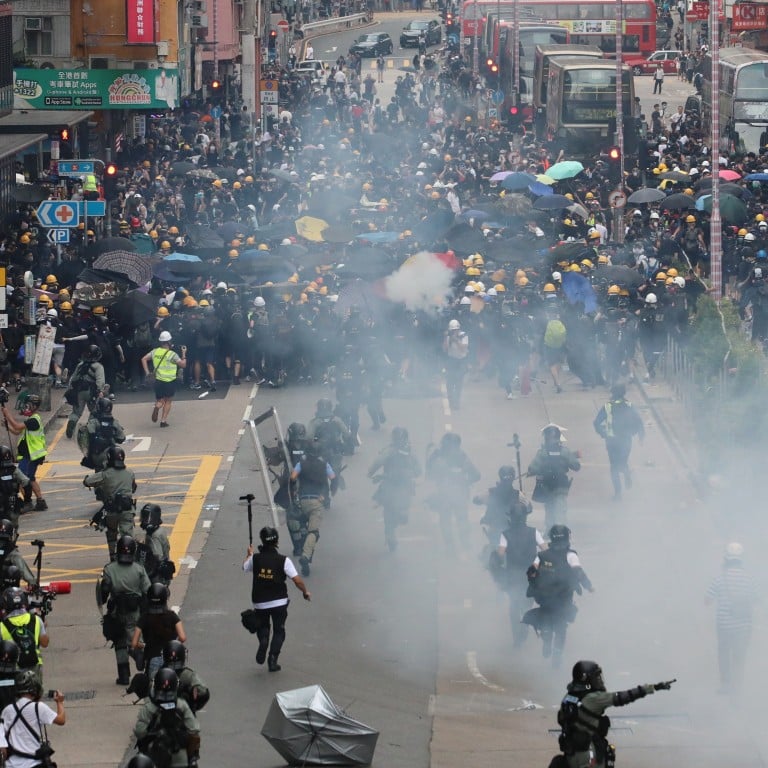 Unfortunately, it quickly became apparent that the Agent also had other effects. About one week after the retardation set in, our subjects developed major anxiety and panic attacks.  Eventually they developed symptoms akin to those of paranoid schizophrenics.  At that point, their bodies rapidly deteriorated.  They developed massive internal bleeding; the walls of their arteries dissolved; they bled out of their eyes and orifices, and their tissue disintegrated.

To put it in a more direct Western manner, they started to “melt.”

Death usually occurred through multiple organ failure.  This was preceded by at least five days of severe agony which could not be alleviated by painkillers.  It was at this time that I first violated our protocol: one subject, an elderly lady who had published defamatory cartoons of our President, begged me for death with such insistence that I took pity and shot her.  I was reprimanded, but fortunately the complaint was dropped when I agreed to reimburse the cost of the bullet. I swore to myself never again to show such unnecessary emotion.

We decided that our Agent was unusable.  It was far too destructive for our purposes.  We wanted the population of Hong Kong to submit to us; we did not want to exterminate it.