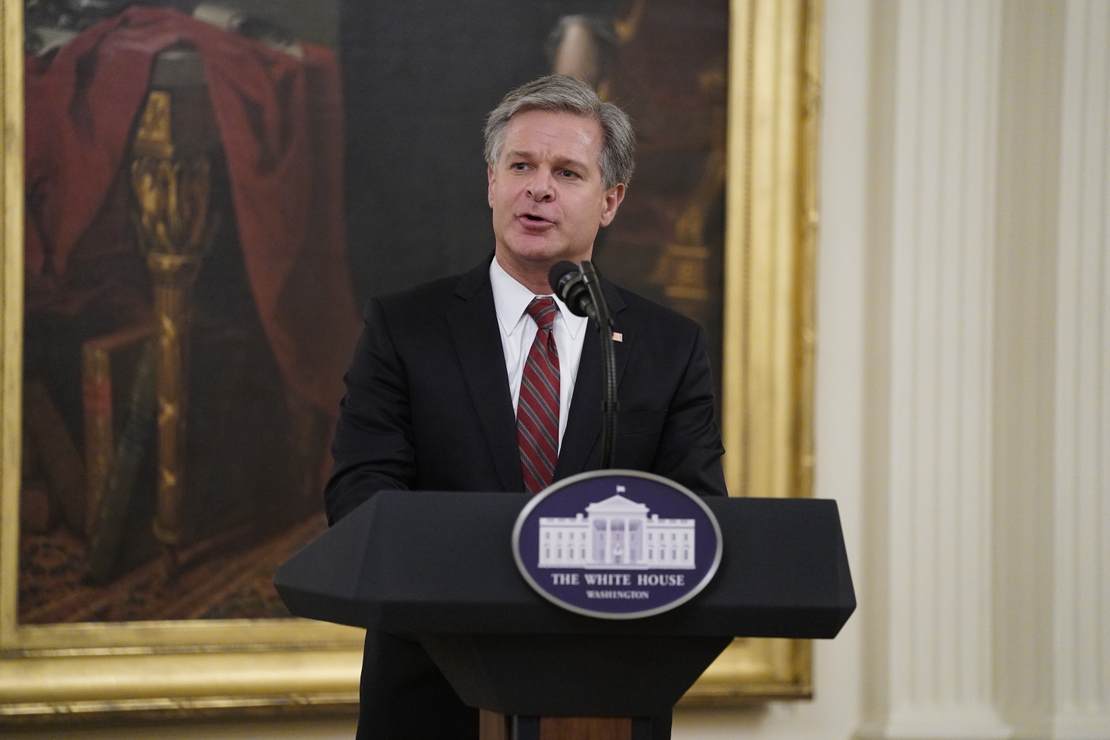 Christopher Wray, Director of the FBI, held a press conference on Wednesday to try to…

The FBI held a press conference on Wednesday to announce the indictment of the ISIS hostage-taking cell called “The Beatles” (for their British accents) who brutally murdered several American hostages. El Shafee Elsheikh and Alexanda Kotey have been indicted for the murders of Americans overseas.

“Combatting terrorism remains the United States’ top priority,” said Director Christopher Wray. Then he went on and on lauding the FBI for its work in nabbing the terrorists. Well, that’s nice and we’re all happy for the victims’ families, but there’s an elephant in the room. Wray needs to explain why he is refusing to hand over unredacted documents related to Crossfire Hurricane. The American people need to see who messed with our election in 2016 (and it wasn’t the Russians).

It’s awfully convenient that this press conference is timed precisely at the moment the FBI is under the most pressure to explain what role they had in the operation to take down President Trump and his allies through illegal spying, using fabricated FISA warrants, in what looks like a coordinated coup attempt, possibly led by Hillary Clinton.

While we are all glad terrorists are going to pay for killing Americans, this press conference wasn’t necessary to get that information to the public when a press release would have done the same faster. This is about putting the FBI in front of America and pretending like they aren’t totally corrupt and dangerous to our republic.

I don’t appreciate the CYA strategy that Wray is using here, do you? Where are the documents, Wray? Why are they all blacked out? Why are you actively disobeying the president’s order and keeping this information from the people? While Wray blathers about this wonderful “American justice” that the terrorists will face, we are all still waiting for justice to fall on the FBI actors who conspired to tank a presidential nominee through election interference, illegal spying, using foreign spies to set up a political trap, and helping the Democrat candidate to spread lies about her opponent. We want those people to face justice. Lisa Page, Peter Strozk, James Comey, and now Wray, among others, are the ones who should face the American justice system.

Not one member of the media, including Fox News, asked Director Wray about his role in the hideously over-redacted documents. It figures.

If no one goes down for Crossfire Hurricane, there is no justice. No amount of terror arrests are going to make us feel any better about it.

You can see the press conference here:

Published in FBI and US News