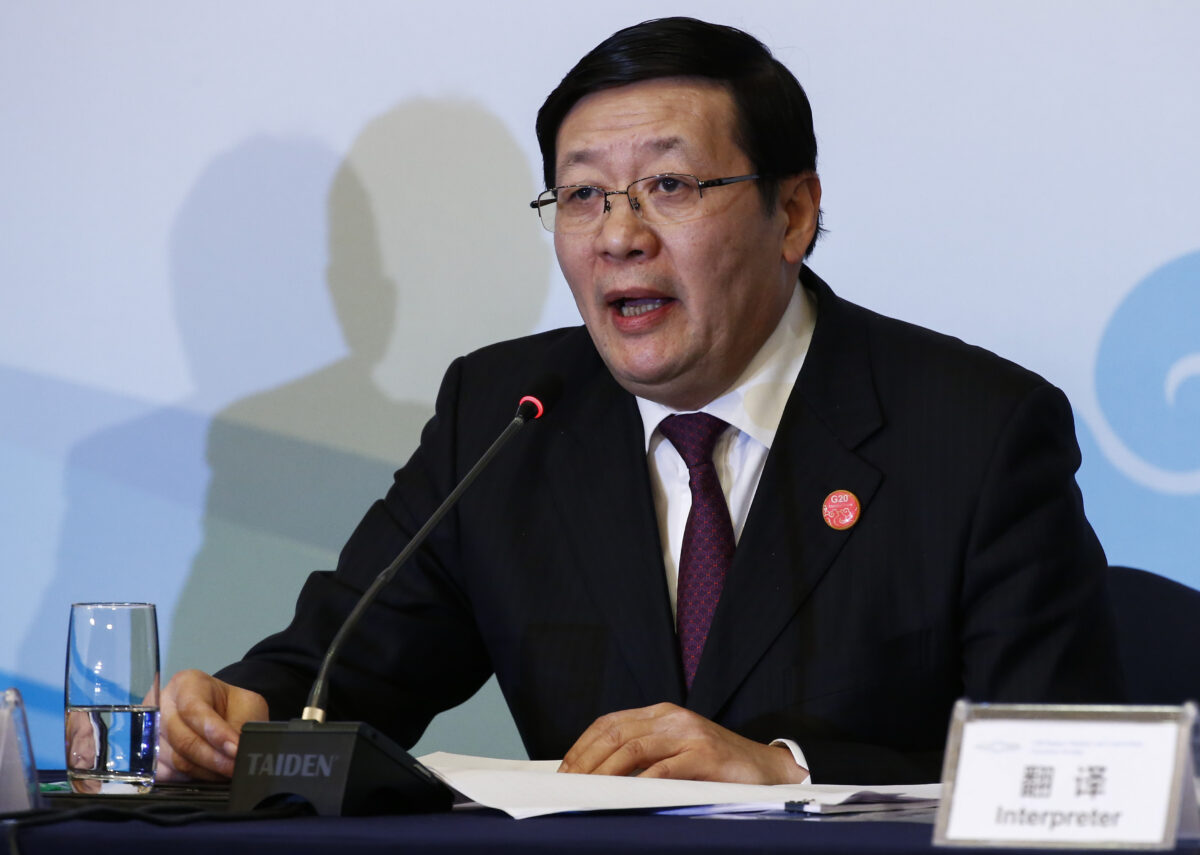 In recent weeks, Chinese leader Xi Jinping has emphasized the need for the country’s economy to develop an “internal circulation system—in other words, having domestic sectors produce all the goods for Chinese consumption, from raw materials to manufacturing.

The economy should “create a new development pattern where domestic and foreign markets can boost each other, with the domestic market as the mainstay,” Xi had said.

But Lou said that China’s 5G innovations—heavily subsidized by Beijing—could become a “blockage point” to this “internal circulation system” because no applications can be found for hundreds of billions of investment.

Lou addressed the issue during the Chinese Economists 50 Forum held in Beijing, according to a Sept. 28 report by Hong Kong Economic Times.

The ex-minister analyzed that it would be impossible to alter supply chains into complying with Xi’s circulation theory and that China is unlikely to “successfully gain technological advantages.”

5G networking has remained a hotspot in U.S.-China tensions, as the United States has banned Chinese telecom giant Huawei from its 5G rollout and rallied other countries to do the same—citing security risks associated with Huawei’s ties to the Chinese military.

As of Sept. 5, mainland China has built 480,000 base stations for 5G networks, with over 100 million end-connections online, according to the statistics released by China’s Ministry of Industry and Information Technology (MIIT).

Lou Jiwei served as China’s finance minister from March 2013 until 2016.  He was among the Communist Party officials who advocated for economic reform and is well-known for his outspoken character. During last year’s Chinese Economists 50 forum held on Feb. 16, 2019, he criticized the supply-side structural reforms the government was pushing, and condemned the practice of forming Communist Party organizations within private enterprises, which, he said “significantly undercut their confidence by having the Party intervene in corporate policies. ”

In an interview with Hong Kong-based South China Morning Post on Mar. 7, 2019, Lou expressed that he had been against the “Made in China 2025” economic blueprint from the very beginning.  In his opinion, the initiative—which seeks to turn China into a high-tech manufacturing powerhouse by the year 2025—is a waste of taxpayers’ money.

“I was against it from the start, I did not agree very much with it,” he said. “[The government] wants industries to be at the top notch by then, but those industries are not predictable and the government should not have thought it had the ability to predict what is not foreseeable.”

“Made in China 2025,” issued in May 2015, was Beijing’s plan to spur growth in 10 high-tech sectors, including robotics, aerospace, new energy, semiconductors, and new materials. The U.S. administration has criticized it for enabling state-sponsored intellectual property theft from American companies and institutions.