China threatens retaliation over US restrictions on Chinese media 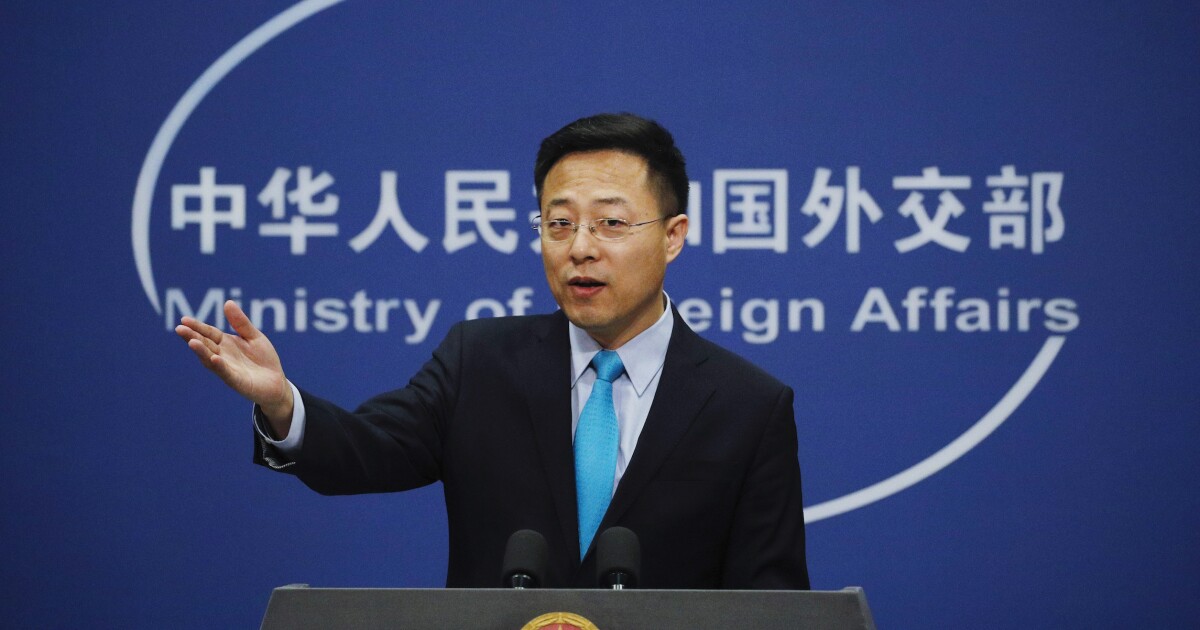 China threatens retaliation over US restrictions on Chinese media

China warned that it would retaliate after the United States…

China warned that it would retaliate after the United States added four more Chinese media outlets to a list of organizations that should be considered “foreign missions” because of their links to the Chinese Communist Party.

Chinese Foreign Ministry spokesman Zhao Lijian said Tuesday that the Trump administration’s move was “yet another example of the U.S.’s flagrant political suppression of the Chinese media” and revealed American “hypocrisy” over freedom of the press.

“We strongly urge the United States to abandon the Cold War mentality and ideological prejudice and immediately stop and correct this wrong practice that serves no one’s interest. Otherwise, China will have to make the necessary legitimate response,” Zhao said.

The Trump administration announced Monday it was designating four more Chinese media organizations as foreign diplomatic missions. Under the designation, China Central Television, China News Service, the People’s Daily, and the Global Times have to report details of their U.S. staffing and real estate holdings in America to the State Department.

“These entities are not independent news organizations; they are effectively controlled by the Chinese Communist Party … also known as propaganda outlets,” David Stilwell, the State Department’s assistant secretary for East Asia and Pacific affairs, said Monday.

It’s the second instance of the U.S. designating Chinese media outlets as foreign entities, requiring them to follow the rules and regulations that cover diplomatic missions.

China has already expelled journalists from the New York Times, the Wall Street Journal, and the Washington Post this year amid the diplomatic feud.

“The Chinese government does what it does. You can’t say that they’re doing it specifically because we’re doing to them. It’s simply an excuse,” Stilwell said.

Posted in China & Corruption in the Media news

Published in China, Corruption in the Media, Fake News and US News