Carly Fiorina: ‘Trump Should Be Impeached But Not Removed, And I Might Vote For Him In 2020’ 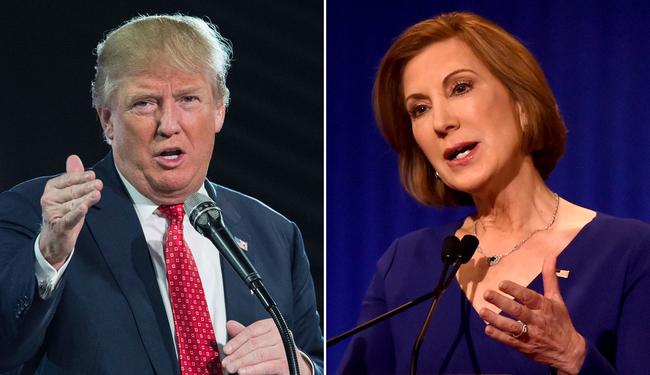 Carly Fiorina: 'Trump Should Be Impeached But Not Removed, And I Might Vote For Him In 2020'

Former Republican presidential candidate and HP boss Carly Fiornia just gave a bizarre interview to CNN in which she said impeaching President Trump is ‘vital,’ before massively hedging on whether Trump should be removed from office.

“I think it is vital that he be impeached,” Fiorina told “Boss Files with Polly Harlow,” before saying of removal, “this close to an election, I don’t know.”

She then didn’t rule out voting for Trump again in 2020 despite her ‘bitter disappointment’ – saying “It depends on who the Democrats put up.”

“Some of this conduct, like publicly berating a decorated war veteran who shows up in response to a lawfully issued subpoena of Congress, I think that conduct is not just unbecoming, I think it’s destructive to our republic,” Fiorina added.

Last week, House Democrats unveiled two articles of impeachment against Trump over his efforts to convince Ukraine to open an investigation on Joe Biden and his son Hunter, as well as other matters. Neither of which mentions ‘bribery, extortion, quid pro quo’ or any of the other scary words hurled at Trump for several months. They also don’t include a chargeable crime. Meanwhile, Ukraine had already opened a new investigation related to the matter, unbeknownst to Trump – while Ukraine’s President, Volodomyr Zelensky, had no idea that US aid was being held up until the Trump administration investigated corruption in the notoriously corrupt country.

Published in Election 2020, Impeachment, Political News, Trump and US News