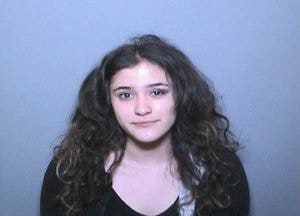 A California woman accused of slapping a Trump supporter during a…

A California woman accused of slapping a Trump supporter during a Make America Great Again rally in Orange County more than two years ago has been convicted, prosecutors said.

Jessica Aguilar, 23, of Sacramento, was found guilty Wednesday of one misdemeanor count of battery for slapping a man twice across the face during the March 25, 2017 rally at Bolsa Chica State Beach.