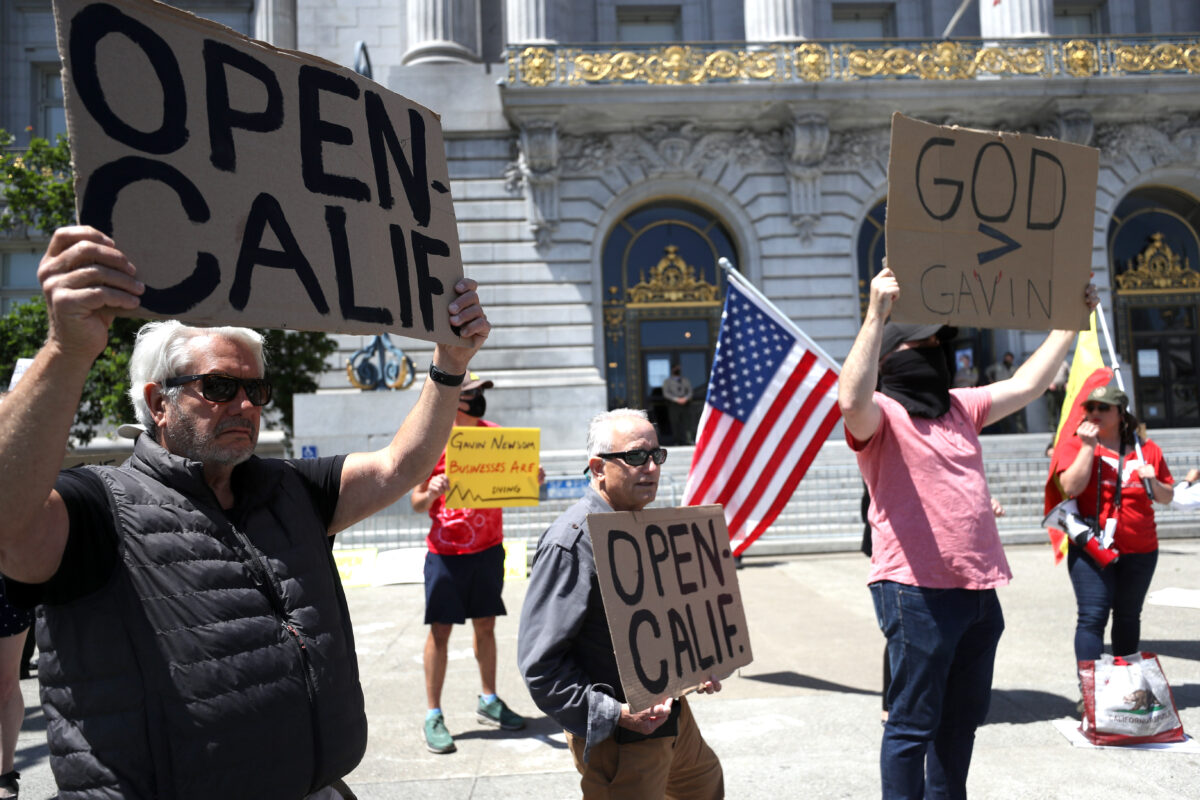 The decision comes as thousands of Christians in the state continue to attend in-person religious services in open defiance of Newsom. Other churches and religious coalitions have filed their own lawsuits against the governor for his lockdown orders.

The legal complaint was filed Aug. 12 with the Los Angeles County office of the Superior Court of the State of California by the Chicago-based Thomas More Society, a public-interest law firm specializing in religious freedom issues.

According to an NBC News summary, Newsom ordered almost all establishments, including churches, to shut down March 19. On June 18, Los Angeles was permitted to conduct “reduced-capacity indoor operations at houses of worship,” but reported cases of the CCP virus, which causes the disease COVID-19, began to increase.

In July, most indoor activities were once again banned. Places of religious worship in the state are now restricted to a maximum of 25 percent of building capacity or 100 attendees indoors, whichever is lower, and singing and chanting are forbidden.

The plaintiffs are Grace Community Church of the Valley and its pastor, John MacArthur. The main defendants are Newsom, Attorney General Xavier Becerra, and Los Angeles Mayor Eric Garcetti, all Democrats.

Newsom’s office didn’t immediately respond to a request by The Epoch Times for comment.

Hours after Grace Community Church, which has a large seating capacity, filed suit to invalidate what it claims are unconstitutional pandemic mitigation-related restrictions on churches, Los Angeles County filed an application for a temporary restraining order to compel the church from conducting indoor services.

The church received a cease-and-desist letter from county lawyers on July 29, warning that violating state and county health orders “is a crime punishable by a fine of up to $1,000 and imprisonment of up to 90 days.” Each day of indoor services counts as a separate offense, according to the letter, which was described in the legal complaint.

But on Aug. 14, Judge James Chalfant turned the county down, finding that the county must demonstrate why it should be allowed to infringe on the constitutionally guaranteed rights of churches to freely exercise religion. A full hearing in the case is scheduled for Sept. 4.

For the time being, Chalfant directed the church to have its congregants wear face masks and maintain social distancing during indoor services.

MacArthur responded to the court ruling in a statement provided by the Thomas More Society:

“I am very grateful the court has allowed us to meet inside and we are happy for a few weeks to comply and respect what the judge has asked of us because he is allowing us to meet. This vindicates our desire to stay open and serve our people.

“This also gives us an opportunity to show that we are not trying to be rebellious or unreasonable, but that we will stand firm to protect our church against unreasonable, unconstitutional restrictions.”

Lawyer Charles LiMandri, who represented the church-goers, described the court ruling as “a great victory for all citizens’ constitutional right to freedom of religion,” and praised MacArthur for his “love of God and country [that] motivated him and all the Grace Community Church elders to resist the unjust government shut-down orders targeting people of faith. Their devotion and patriotism has brought about a result that respects the legitimate interests of both the church and state.”

The lawsuit filed by Grace Community Church accuses the officials of hypocrisy.

The American people “have witnessed how the onerous restrictions imposed on them by public officials to allegedly fight the COVID-19 pandemic simply do not apply to certain, favored groups.”

When people took “to the streets to engage in ‘political’ or ‘peaceful’ protests purportedly against racism and police brutality, these protestors refused to comply with the pandemic restrictions. Instead of enforcing the public health orders, public officials were all too eager to grant a de facto exception for these favored protestors.

“This favoritism has caused a huge loss of confidence by the American people in their government leaders, public health officials, and the pandemic restrictions.”

“It is time for California to recognize that disfavored religious minorities are not second-class citizens … [and] to explain how it can justify banning worship to prevent the spread of a disease (with an overall mortality rate of 0.02%), while it is fine for protestors to spread that disease like wildfire.”