Businesses Across US Defy Lockdown Measures: ‘We Have No Choice’ 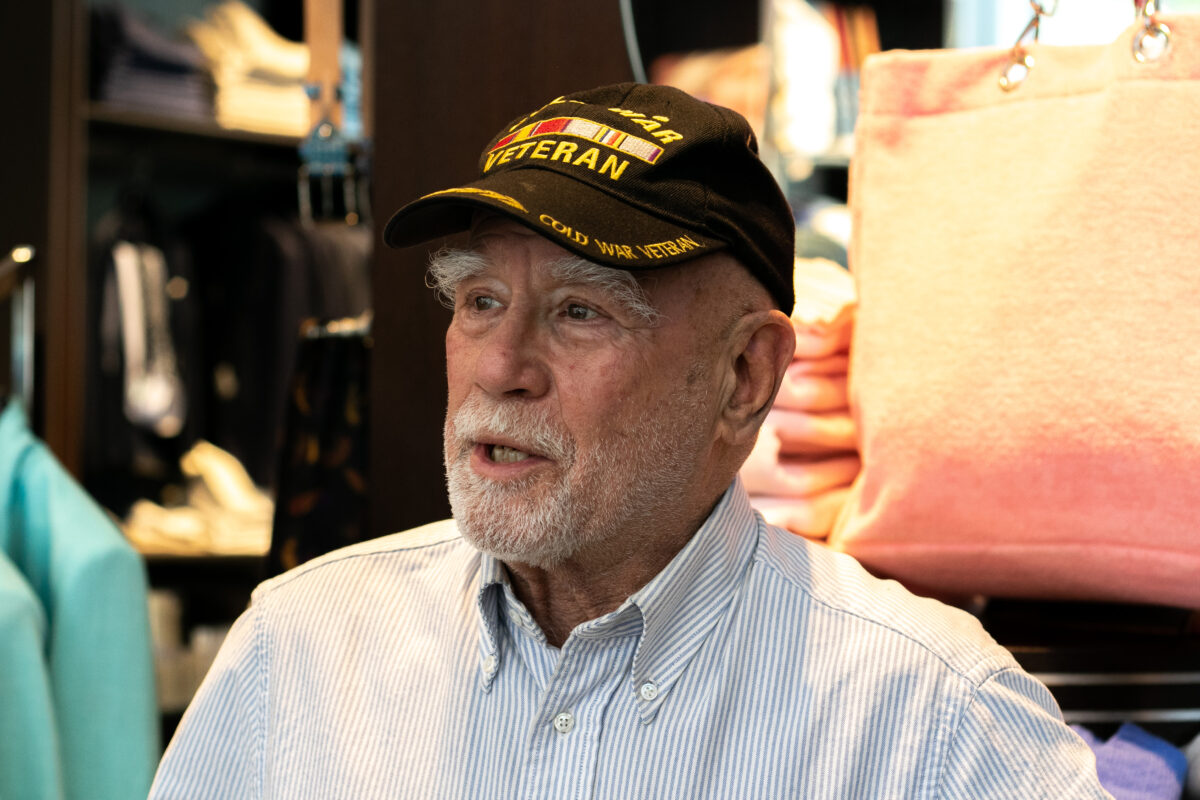 Businesses Across US Defy Lockdown Measures: ‘We Have No Choice’

NEW YORK—A number of restaurants and businesses deemed by officials…

NEW YORK—A number of restaurants and businesses deemed by officials to be “nonessential” are openly defying lockdown measures in states across the nation as they grapple with their livelihoods being stripped away and their finances going down the drain.

While some states are slowly reopening, the rest continue under tight restrictions. Authorities have fined, arrested, or revoked the business licenses of those defying the orders. Some have decried these actions as unconstitutional, even sliding toward tyrannical, while others say it’s warranted.

Business owners who resisted the unprecedented lockdown rules told The Epoch Times they had no other choice as the economic fallout forced them to use their retirement money.

They grappled with a “new normal” of falling behind on rent, wrestling with the idea of letting employees go, or letting their relatives and those in their community down. Supporters and other businesses that were able to survive without breaking the orders were sympathetic, saying they could understand the pressure they were facing.

Governors have enacted stay-at-home measures and ordered schools and most businesses—aside from those deemed essential—to close in a bid to counter the spread of the CCP virus, also known as the novel coronavirus. Those defying these measures mostly agree the restrictions are effective, but say their lives can’t continue unless they start making money.

In recent weeks, businesses across the country have reopened in defiance of their states’ lockdown orders. In North Carolina, a man who opened his tattoo parlor over concerns he would lose his new home was arrested for violating an executive order. A barber in Nevada received a warning from her licensing board, including a citation and a $1,000 fine for reopening.

A salon owner in Dallas who reopened early was sentenced to a week in jail and ordered to pay $500 for each of the seven days her business was open. Similar cases have also occurred in Florida, Oregon, Colorado, New York, California, and Maine.

However, restaurants that allowed patrons to dine inside their premises and owners of nonessential businesses who reopened their stores have seen a massive outpouring of support from their local communities. On GoFundMe, more than $185,541 was raised for the jailed salon owner.

When talking about the positive feedback they received, some of them became emotional.

‘We’re All In This Together’

Paul Zimmerman, owner of the Red Maple Inn, a full-service restaurant and hotel in Guilford, Maine, said the sheriff warned him they would strip his license per the state attorney general if he defied lockdown restrictions.

Zimmerman told The Epoch Times the lockdown put immense financial strain on him as he was forced to spend all of his retirement money to stay afloat. While he initially followed the quarantine restrictions by only offering takeout, he recently started allowing patrons to sit inside to eat.

The inn, which sits on his personal one-acre property, follows state guidelines and has tables 10 feet apart. On May 3, after fully reopening, he was sold out by 4:30 p.m. He normally closes at 7 p.m. He said it was an “awesome feeling” knowing his community was behind him, noting one of his most loyal patrons, an 85-year-old man who had supported him for more than 10 years.

The patron’s wife was in a nursing home, and due to restrictions, he hadn’t been able to see her for more than eight weeks. Prior to the pandemic, he had been relying on the restaurant for his meals.

“For eight weeks, this gentleman has thanked me every single day. I have let him eat at my house. I have fed him my own personal food to make sure he eats every day,” Zimmerman said.

“That gentleman was here all weekend long,” he said. “I’ve lost both my parents, he considers me his son. What am I supposed to tell him? No you can’t come to my property? I’m not going to do that.”

Zimmerman broke down as he described how his customer sat outside his backyard on April 4, watching his business, as he couldn’t let him directly inside his own home.

“If somebody from the state would listen, listen to some of these stories,” he said. “Not this side or that side. I don’t care whether you’re a Democrat, Republican, independent. I don’t care what color skin you are—we’re all in this together.”

Over the past weekend, state liquor inspectors and state health inspectors checked the inn’s premises. Zimmerman said he received a health inspection report on May 4 in which they ultimately decided not to take away his license.

As of May 5, there have been 1,226 cases of the CCP virus in Maine and 61 deaths. Under Democrat Gov. Jane Mills, restaurants aren’t allowed to fully reopen until June.

“I’ve worked hard all my life to get where I’m at because I haven’t had a silver spoon handed to me,” Zimmerman said. “I’ve had to work for what I have. If my freedoms get taken away, then I’m done.”

A resident from Androscoggin County, Maine, who took part in multiple anti-lockdown protests recently, argued his state never should have shut down due to the low number of virus cases it’s had.

“I’m going to find a restaurant open and give them some patronage,” 50-year-old John Beaulieu told The Epoch Times. “I think we need to rebel against this.”

‘I Went Home and I Cried’

Rabin told The Epoch Times he initially followed New York’s quarantine orders but started to open his doors again, citing the grim financial situation he was in. He was behind on rent, behind on vendors, and “we had to open, otherwise we would go bye-bye.”

While state authorities hadn’t contacted him, Rabin said the NYPD visited him on multiple occasions. The first time they warned him to take down his “Open” signs. In a later visit, they stopped customers from buying from and entering the store.

If the state issues him a fine, Rabin said he isn’t going to pay. If they arrest him, he said he will take his case to the Supreme Court, adding that lawyers have approached him saying they would go pro bono.

Some customers have driven in from Pennsylvania and Long Island to support him in person, while others from around the country have supported the store with online purchases.

“It’s been amazing. It humbled me to a point where I went home and I cried,” Rabin said.

Americans are starting to becoming wiser on the importance of reopening the economy, he said, adding that he doesn’t want to make light of the disease.

“But you know what, we’re going to get more and more,” he said, referring to the number of virus cases in New York.

There have been 326,659 cases of the virus in the state and 25,028 attributed deaths, according to data from May 6. New York authorities have hesitated to reopen over fears the virus could take hold again.

Rules and social distancing-related guidance are posted on the store’s front door. The clothing boutique provides masks, gloves, and sanitation to anyone entering.

Rabin said 95 percent of the feedback and response he has received has been positive. He believes all Americans will unite if they know what life is like for everyday businesses like his.

“I would love to have 10 to 15 minutes [of] national television time—an American speaks to his fellow Americans—and I think you can fix this country in 10 minutes,” he said.

Some small-business owners said they haven’t received any money from the Paycheck Protection Program (PPP), described as a “loan designed to provide a direct incentive for small businesses to keep their workers on the payroll.”

Chuck Roulet, a small-business owner who runs his own law firm and has a large number of small-business clients, said that it “makes no sense for some businesses to be open while others are not allowed to.”

“I have not heard of a single business owner that I know or work with that has actually received any PPP money,” he told The Epoch Times via email. “No PPP money and no income means they have to reopen.”

Some of the government actions and guidelines have been confusing, Roulet said, as he questioned why grocery stores were allowed to open “without people dropping dead” while other businesses couldn’t. Owners are well aware of the virus numbers and the “moving goal posts,” he said.

“The ‘cure’ has become much worse than the disease, and we are more concerned about our financial futures than the virus,” he said. “That is how I feel, and it is how my small-business owner clients feel as well.”