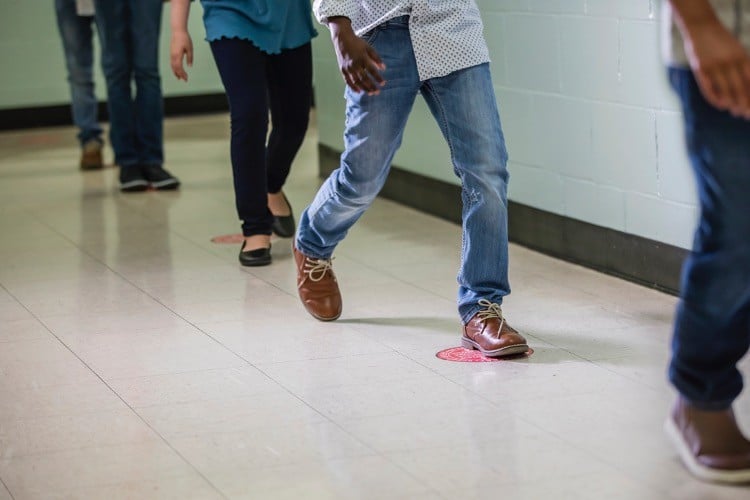 Among falsehoods school kids are learning, the Manhattan Institute’s City Journal reported early this week, are that all whites are racist, and the police murder blacks with impunity because of an American “sickness.”

The city’s students are failing academically.

But they will undoubtedly succeed in absorbing racial hatred under the guidance of “Dr.” Fatima Morrell, the system’s “associate superintendent for culturally and linguistically responsive initiatives.”

In a presentation to teachers, Morell claimed that America “is built on racism” and that “America’s sickness” leads some whites to believe that black people are “not human,” which makes it “easier to shoot [them] in the back seven times if you feel like it.” pic.twitter.com/ou46eq2sek

But Rufo has uncovered more details about teacher training and lesson plans:

According to one veteran teacher … Morrell’s training programs have pushed “radical politics” and, in practice, become a series of “scolding’s, guilt-trips, and demands to demean oneself simply to make another feel ‘empowered.’” Teachers must submit to these “manipulative mind games” and express support for Morrell’s left-wing politics, or risk professional retaliation.…

The lesson plans, which I have obtained from the district, are even more divisive. In kindergarten, teachers ask students to compare their skin color with an arrangement of crayons and watch a video that dramatizes dead black children speaking to them from beyond the grave about the dangers of being killed by “racist police and state-sanctioned violence.” By fifth grade, students are taught that America has created a “school-to-grave pipeline” for black children and that, as adults, “one million Black people are locked in cages.”

The teacher training included material from Nikole Hannah-Jones, the anti-white leftist who conceived the factually-flawed 1619 Project for the New York Times.

Citing Jones, the material says “America was founded on a system of slavery and horrific acts, policies, and practices put in place against African Americans.”

As well, Morrell wants teachers to know the country has a “sickness” that enables whites to see blacks as “not human” and makes it “easier to shoot [them] in the back seven times if you feel like,” Morrell told teachers during a “training session.”

Morrell also cited a “pedagogical concept developed by Marxist theoretician Paolo Freire holding that students must be trained to identify and eventually overthrow their oppressors,” Rufo reported. “After Morrell’s presentation, one teacher reaffirmed this political imperative, declaring that students must become ‘activists for antiracism’ and public school teachers should begin ‘preparing them at four years old.’”

I've obtained whistleblower documents that will shock you.🧵

As for what the kids learn, kindergartners must “watch a video that dramatizes dead black children warning them about the dangers of being killed by ‘racist police and state-sanctioned violence,’” Rufo reported.

Lesson plans also teach the lie that Trayvon Martin, the 17-year-old thug shot to death as he was beating George Zimmerman, was just a young kid out for a stroll. Also included in the Martin material is the photograph that the leftist media used to portray him as a “child.”

“I am Trayvon I was walking,” the lesson plan says.

I’ve obtained whistleblower documents that will shock you.🧵

“All white people play a part in perpetuating systemic racism,” the lesson says:

However, it is important to recognize the powerful role played by white elites. Often unconsciously, white elites work to perpetuate racism though politics, law, education and the media.

It is important that the public hold white elites accountable.

As well, the lesson plans aver, “systemic racism” explains why “white people are unfairly rich. As a result of this people of color are unfairly poor. In the U.S. the wealth gap is the result of black slavery, which created unjust wealth for white people in their businesses.”

Inexplicably, Rufo concluded that the “curriculum” isn’t likely to improve student performance in superfluous subjects such as math or English.

“Buffalo Public Schools have been an abject failure,” he wrote:

By fifth grade, only 18 percent of students are proficient in math and 20 percent of students are proficient in English; one-third of all students fail to graduate from high school. The numbers are even worse for African-Americans, who constitute 45 percent of the student population. And according to the veteran teacher, despite the new “antiracism” programming, the district’s poor response to the pandemic has accelerated racial inequalities, with virtual attendance rates as low as 30 percent in some classrooms.