Book of Revelation: Did the Bible warn of coronavirus? Prophecy of ‘seven plagues’ to come! 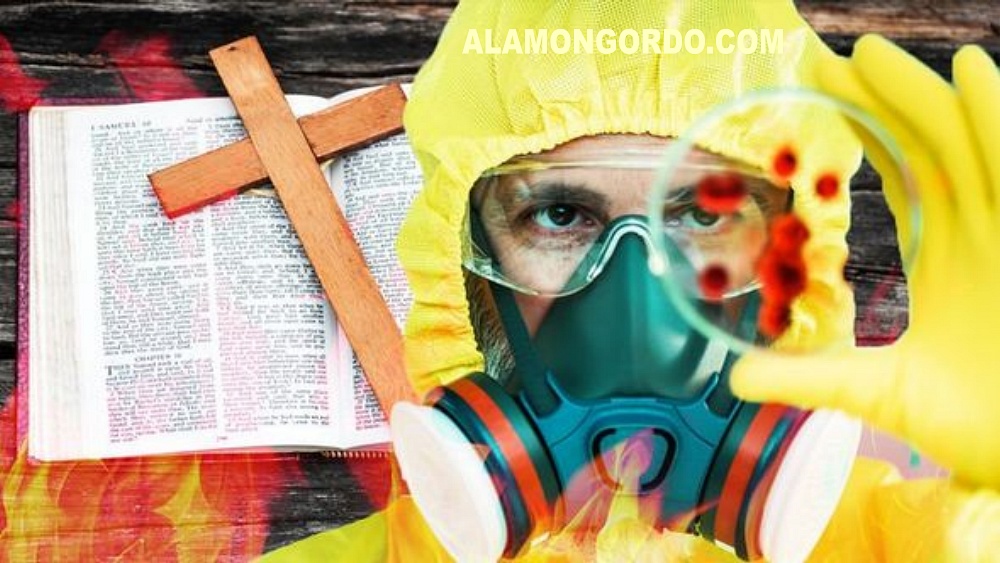 COVID-19 in the Book of Revelation! - Alamongordo Prophecies 2020

Book of Revelation: Did the Bible warn of coronavirus? Prophecy…

The Book of Revelation may hold vital clues about the coronavirus epidemic if outrageous claims made by Christian hardliners are to be believed.

The Book of Revelation is the final book of the Bible in which John the Apostle outlined his visions of the end times. The scripture reveals many terrible events that will supposedly precede the Second Coming of Christ, including plagues, earthquakes and locust swarms.

And experts in the US predict a major earthquake could cripple North America in just 50 years. Conspiracy theorists have also bizarrely drawn links between the ongoing coronavirus epidemic and passages in the Book of Revelation.

One person said on Twitter said: “In line at the pharmacy yesterday, the guy in front of me informed the pharmacist that the Bible predicted Coronavirus and all you need to do to protect yourself is read it, ‘cause it’s better than any history book. “Ok dude please also wash your hands tho.”

Another person also tweeted: “The biblical apocalypse”. “1/3 of the world will die of pestilence, starvation and diseases“. Is Corona virus one of the diseases prophecied by the Bible? “If it is, then it proves the existence of this biblical God.” Although the coronavirus is not mentioned by name in the Bible, the Book of Revelation speaks of terrifying plagues descending on Earth in the end times. Revelation 15-16 John the Apostle speaks of “seven angels with seven plagues”.

The scripture reads: “Out of the temple came the seven angels with the seven plagues. “They were dressed in clean, shining linen and wore golden sashes around their chests. “Then one of the four living creatures gave to the seven angels seven golden bowls filled with the wrath of God, who lives for ever and ever.

“And the temple was filled with smoke from the glory of God and from his power, and no one could enter the temple until the seven plagues of the seven angels were completed.” Since the coronavirus emerged in December last year, it has infected more than 86,000 people and killed nearly 3,000.

Despite these figures, the World Health Organization (WHO) does not yet consider the COVID-19 threat to be pandemic, so it is unlikely to be on par with a biblical plague.

The coronavirus also has a very low mortality rate of no more than two to three percent. The WHO said: “If you are not in an area where COVID-19 is spreading, or if you have not travelled from one of those areas or have not been in close contact with someone who has and is feeling unwell, your chances of getting it are currently low.

“However, it’s understandable that you may feel stressed and anxious about the situation. “It’s a good idea to get the facts to help you accurately determine your risks so that you can take reasonable precautions.”