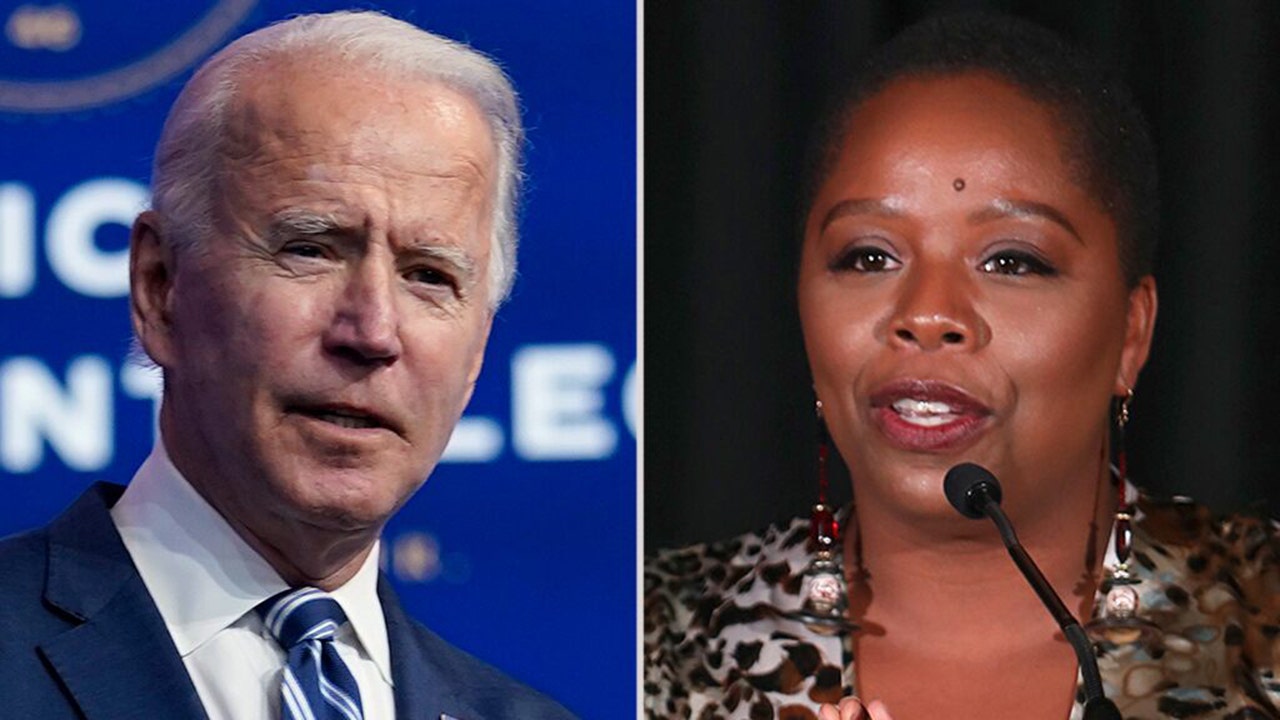 Black Lives Matter activists are pressuring Democrats to embrace the BREATHE Act, which includes a…

2 members of the Squad announced the bill in July

Black Lives Matter activists are pressuring Democrats to embrace the BREATHE Act, which includes a section requiring a “roadmap for prison abolition.”

“The BREATHE Act is a legislative love letter to Black people,” BLM co-founder Patrisse Cullors wrote in an op-ed for Teen Vogue on Thursday.

Democratic Reps. Rashida Tlaib of Michigan and Ayanna Pressley of Massachusetts announced the act in July, but it has not been brought before Congress.

A summary of the act calls for the Department of Justice and the Department of Health and Human Services to create a plan that “provides for full decarceration of federal detention facilities within 10 years” and “enacts a moratorium on all new federal prison, jail, immigrant and youth detention construction.

WHAT IS THE BREATHE ACT?

“‘We need to radically reimagine our concept of justice and safety. For too long, we have addressed harm with reciprocal harm,” Cullors wrote in her op-ed.

In addition, the BREATHE Act would create a commission to study reparations, give voting rights to undocumented immigrants, decriminalize all drug offenses, end cooperation with immigration authorities, pilot programs for universal basic income, among other sweeping changes.

In making her pitch for a meeting with the forthcoming administration, Cullors said that Black people had “saved the United States.” She said that the Black Lives Matter global network had direct voter engagement with over 60 million people.

“What is abundantly clear is Black voters tipped the scales in favor of Joe Biden and Kamala Harris, especially in Rust Belt battleground states. It’s a testament to our communities that the same people who have been treated the worst by our democracy still showed up to save it,” she wrote in her op-ed.

BIDEN, HARRIS HAVE YET TO SAY WHETHER THEY WILL GRANT REQUESTED BLM MEETING

Cullors insisted in her letter to Biden and Harris that Black people “want to be heard and our agenda to be prioritized.”

The Biden-Harris team have yet to reply whether they’ll meet with Cullors. A source of Democratic infighting in the aftermath of the election has been a key issue championed by the BLM movement: “defund the police.”

Biden has flip-flopped on the issue, but most recently said he doesn’t support diverting money from law enforcement. In July, activist Ady Barkan asked Biden, “Do we agree that we can redirect some of the funding?”

But in September, Biden took a strong stance against defunding police officers when President Trump claimed he supported the move.

He added that he supports reintroducing “community policing.”

Harris has called to “reimagine” safety in the U.S., telling “The View”: “We have confused the idea that to achieve safety you put more cops on the street instead of understanding to achieve safe and healthy communities, you put more resources into the public education system of those communities, into affordable housing, into home ownership, into access to capital for small businesses, into access to healthcare.”

In the vice presidential debate, she said:  “We need reform of our policing in America and our criminal justice system. Which is why Joe Biden and I will immediately ban chokeholds and karate holds . . . We will require a national registry for police officers who break the law. We will, on the issue of criminal justice reform, get rid of private prisons and cash bail. And we will decriminalize marijuana, and we will expunge the records of those who have been convicted of marijuana possession. This is a time for leadership on a tragic, tragic issue of unarmed black people in America being killed.”

The co-founder noted that Biden and Harris both “expressed regrets regarding your record on issues impacting Black people,” and advised them to “take your direction from Black grassroots organizers that have been engaged in this work for decades, with a legacy that spans back to the first arrival of enslaved Africans.”

Biden, in addition to making history in choosing the first Black and South Asian woman to be vice president, laid out a plan for Black America over the summer. In it, he promises to address the country’s racial wealth gaps, “address environmental justice” and invest in racial health disparities, among other wide-reaching goals.

The plan promises to build up small-business opportunities for minority communities, reform “opportunity zones” and invest in affordable housing and home ownership. The plan would invest $30 billion, 10% of the $300 billion Biden has said he will invest in research and development to stimulate the economy, to a new small business opportunity fund.