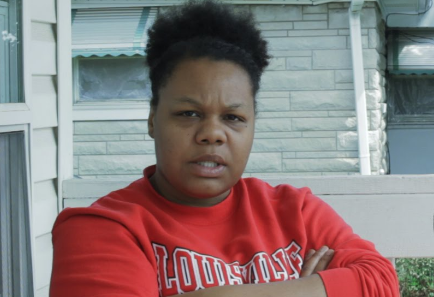 BLM leader, Chanelle Helm gave white people a disturbing ultimatum this week. Give your homes in nice neighborhoods to black people or wait to be branded a racist and your home consequently forcibly taken away when tried for a “hate crime”.

Such talk used to be the folder of satire columnist mocking black activist for their ridiculous entitled lazy attitudes. The communist left has been banking for years on white people brushing off such crazy rhetoric as drug induced lunatic ravings. Today the racist Democrat victimhood campaign has run so deep that BLM actually believes white people are racist if they don’t give them their homes and other assets.

As, yes, white people giving up their homes was only the 1st thing on BLM’s spokesperson Chanelle Helm’s list. Turn the page to see the other 9 demands and what Helm’s is threatening BLM will do if whites refuse to comply with the rest of these demands.

BLM leader Chanelle Helm has written out a list of 10 demands white people must submit to in light of what happened in Charlottesville.

Be prepared for a whole lot of stupid followed by the horrifying realization BLM means every word and they’ve got the support of the entire left backing up their ridiculous entitled demands. Even academia is getting behind the idea that whites owes blacks. Just take that Baltimore professor who wrote a paper on how “White People Should Deposit their Unearned Wealth in Black Accounts”. And by unearned wealth he means the money white people worded hard long hours for and actually EARNED…

1. White people, if you don’t have any descendants, will your property to a black or brown family. Preferably one that lives in generational poverty.

2. White people, if you’re inheriting property you intend to sell upon acceptance, give it to a black or brown family. You’re bound to make that money in some other white privileged way.

3. If you are a developer or realty owner of multi-family housing, build a sustainable complex in a black or brown blighted neighborhood and let black and brown people live in it for free.

4. White people, if you can afford to downsize, give up the home you own to a black or brown family. Preferably a family from generational poverty.

5. White people, if any of the people you intend to leave your property to are racists assholes, change the will, and will your property to a black or brown family. Preferably a family from generational poverty.

6. White people, re-budget your monthly so you can donate to black funds for land purchasing.

7. White people, especially white women (because this is yaw specialty — Nosey Jenny and Meddling Kathy), get a racist fired. Yaw know what the fuck they be saying. You are complicit when you ignore them. Get your boss fired cause they racist too.

8. Backing up No. 7, this should be easy but all those sheetless Klan, Nazi’s and Other lil’ dick-white men will all be returning to work. Get they ass fired. Call the police even: they look suspicious.

9. OK, backing up No. 8, if any white person at your work, or as you enter in spaces and you overhear a white person praising the actions from yesterday, first, get a pic. Get their name and more info. Hell, find out where they work — Get Them Fired. But certainly address them, and, if you need to, you got hands: use them.

10. Commit to two things: Fighting white supremacy where and how you can (this doesn’t mean taking up knitting, unless you’re making scarves for black and brown kids in need), and funding black and brown people and their work.

Where does one even start? Helm isn’t even the 1st BLM leader to demand massive reparations payments and the subjection of ever white person to their black masters. But, of course, black people can never be racist…  Doesn’t this sound like we’re only 1 step away from a communist society? The 1st step is tricking the populous that it is morally acceptable for the government to authorize the seizer of property and assets to redistribute. And turn in your boss on suspicion they’re a racist. Just like the Chinese under Godless communist rule were ordered to turn in suspected Christians.

The communist left doesn’t care about African-Americans, just like the black community doesn’t actually care about plight of actual modern day slaves. The former is building a tyrannical one world order, the former tricked into believing the immediate gratification of a quick easy pay check is the solution to all of their current self-inflicted problems.