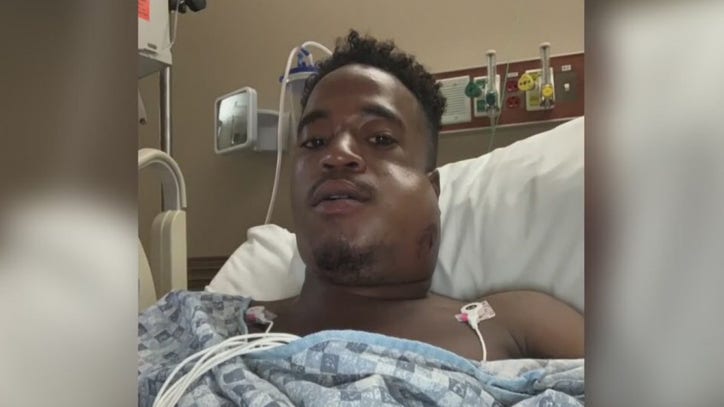 AUSTIN, Texas – A federal civil rights lawsuit has been filed against the City of Austin and an unidentified Austin Police Department officer. Anthony Evans filed the lawsuit earlier today, according to his attorneys.

While attending a Black Lives Matter demonstration on May 31, 2020, an APD officer shot Evans in the head with a beanbag shotgun round while Mr. Evans was attempting to leave the demonstration. Evans was seriously wounded, and required surgery to repair his broken jaw.

The previous day, other demonstrators had been injured by similar police violence, but APD leadership, including Chief Brian Manley, did nothing to stop his officers’ violence before other demonstrators, like Mr. Evans, were also seriously injured.

“Shooting someone in the head while they are merely exercising their free speech rights should not be tolerated at any responsible police department,” said Jeff Edwards, Mr. Evans’ attorney. “Anthony went out that day to lend his voice to help prevent further violence against unarmed minorities. Incredibly, the Austin Police Department responded by shooting him in the head and breaking his jaw.”

“The police knew they had seriously injured people by shooting into crowds the day before, but did it again anyway,” said Shawn Frazier, Mr. Evans’ other lawyer. “Shooting into a crowd is obviously dangerous on any occasion, but that APD leadership knew that people had actually been hurt earlier and kept it up is truly outrageous.”

Edwards continued, “APD leadership knew that the shotgun rounds could cause devastating injuries yet they continued to have officers fire them at numerous people protesting. This type of misjudgment is as dangerous as it gets.”

You can read Anthony Evans’ complaint below: