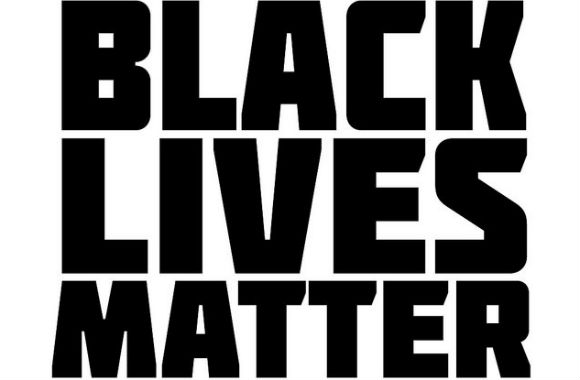 Black Lives Matter student activists at Purdue University demanded the school punish students for hate speech, along with a number of other demands, during a recent protest on campus.But campus officials at the public university in Indiana have no plans to punish hate speech. However, they have created a committee to explore racial issues and possible solutions to the grievances and have pushed ways to advance critical race theory.The university has set up a resource page to that end to help professors incorporate the narrative into their classrooms. It’s also hosting a racial justice lecture series this fall that features a slate of far-left speakers, including “anti-racist” Ibram Kendi.Despite the efforts, hundreds of students protested on August 21, while following social distancing guidelines. BLM activists held another protest on September 7, according to the Purdue Exponent.During the August 21 event, demonstrators shouted chants such as “No justice, no peace! No racist police!” and “Say his name: George Floyd,” the Exponent reported.

“Bigotry, racism and hate are the antithesis of what the university stands for and are not welcome here,” Tim Doty, a university spokesperson, told The College Fix via email. “But we are also committed to freedom of expression, and as a state educational institution, Purdue cannot and does not punish mere speech, no matter how offensive or vile.”

This sentiment is also expressed in Purdue’s Commitment to Freedom of Expression. It states that “it is not the proper role of the university to attempt to shield individuals from ideas and opinions they find unwelcome, disagreeable, or even deeply offensive.”

The organizers have a number of additional demands, according to the Exponent.

They read these demands on the steps of the Hovde Hall during the August 21 protest.

The organizers were primarily from Purdue’s National Pan-Hellenic Council, which represents African-American fraternities and sororities.

Neither Amanii Brown, one student organizer, nor Adrianna Plummer, the president of NPHC and a protest organizer, responded to multiple emails and Facebook messages requesting comment in the past week. The Fix asked the organizers for comment and to provide their definition of hate speech.

James Silay, Purdue’s assistant director for fraternity, sorority and cooperative life, said over the phone August 28 he would solicit a written response from protest organizers to provide to The College Fix. Silay has yet to do so.

While the students did not get a supportive statement on punishing hate speech, university leaders are responding to calls for more attention to racial issues.

On August 26, the university announced a steering committee for the Purdue Equity Task Force. According to the announcement, the task force will ensure all Purdue community members can “equitably experience everything Purdue has to offer.”

It will explore “structural and environmental barriers to the success of students, faculty, and staff of color” but “specifically the experience of Black Boilermakers.”

In total, the committee will solicit the help of around 100 individuals to explore the “experience of Black Boilermakers and members of other diverse groups.” The university appointed Don Thompson, a school trustee and a former executive for McDonald’s, to lead it.

“We intend that what we do this fall will forever change how students, faculty and staff experience Purdue University,” Thompson said in the school’s press release.

Some university officials have also been involved with not just the logistics of the protests, but supporting them.

The school’s Vice Provost for Diversity and Inclusion, John Gates, and the director of the LGBTQ Center, Lowell Kane, attended the student demonstration in August. Gates praised the protest on August 21 by saying that “the students presented some very thoughtful demands.”

Gates hosted self-described “anti-racist” Kendi on September 2 as part of the school’s “Pursuing Racial Justice Together” lecture series. During the talk, Kendi allegedly claimed that one way to fight antiracism is to address climate change.

The university is also hosting the co-founder of Black Lives Matter on Sept. 24. On Oct. 7, it is hosting Duke University sociology Professor Eduardo Bonilla-Silva, who has argued that white people are very racist.

Purdue’s apparent embrace of antiracism and critical race theory has alarmed at least one Purdue alumnus, Corey Miller, who shared with The College Fix a recent email exchange he had with President Mitch Daniels on the topic.

“Whereas Purdue was one of the top free speech/academic freedom schools, the September series appears to be coinciding with many other ‘educational’ activities on campus trying to infuse Critical (Race) Theory or Neo Marxism into the classrooms across the board,” wrote Miller, president of Ratio Christi, a nationwide Christian campus apologetics group.

“While the co-founder of Black Lives Matter speaker claims to be a ‘trained Marxist,’ one of the other speakers, Ibram x. Kendi, claims that you cannot be anti-racist without being anti-capitalist,” Miller wrote, adding that given Daniels’ success with capitalistic policies in the past the issue should be of particular concern.

Daniels replied that the topic will be counterbalanced.

“Purdue protects the openness of our campus to opinions of all kinds, even the most extreme. But there is no question you are correct that this series as originally announced was marked by an unmistakable absence of diversity of viewpoint among the invited speakers,” Daniels wrote in his August 28 email.

“The organizer of the program, Vice Provost John Gates, is now working to add speakers to the line-up to create some variety and balance.”

Published in Education News, Political News and US News