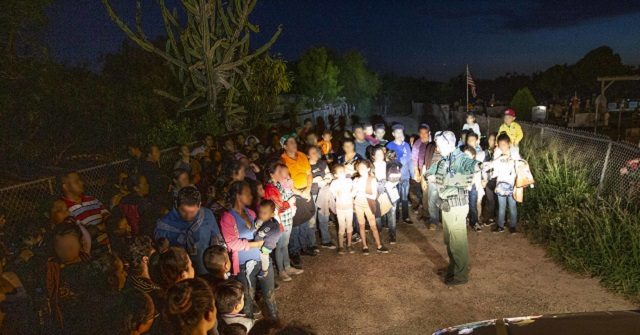 Over the last few weeks, the new Biden Administration has made clear that “Build Back…

Over the last few weeks, the new Biden Administration has made clear that “Build Back Better” in terms of border security will entail more dismantling than building. On Tuesday, President Joe Biden revoked procedures designed to swiftly adjudicate asylum applications and end “catch-and-release.”

The “Executive Order on Creating a Comprehensive Regional Framework to Address the Causes of Migration, to Manage Migration Throughout North and Central America, and to Provide Safe and Orderly Processing of Asylum Seekers at the United States Border” immediately revokes the following:

(2)  Proclamation 9880 of May 8, 2019 (Addressing Mass Migration Through the Southern Border of the United States).

(4)  Presidential Memorandum of April 6, 2018 (Ending “Catch-and-Release” at the Border of the United States and Directing Other Enhancements to Immigration Enforcement).

(5)  Presidential Memorandum of April 4, 2018 (Securing the Southern Border of the United States).

The latest immigration-related order directs the Secretary of Homeland Security to promptly review and determine whether to terminate or modify the program known as the Migrant Protection Protocols (MPP), also known as the “Remain in Mexico” program. This also puts the COVID-19 immediate expulsion program potentially on the same chopping block.

Nestled in the order are strategies to address and manage the root causes of irregular migration. The new order directs efforts to combat corruption, counter and prevent violence by criminal gangs, trafficking networks, and other organized criminal organizations. Put more succinctly: American tax dollars are headed for Honduras, Guatemala and El Salvador. This financial windfall is sure to excite incumbent political leaders down south.

The order does not address the organized criminal networks on both sides of the U.S. southern border. Transnational criminal organizations (otherwise known as cartels) will also see a windfall, given their financial reliance on migrants moving north no matter the occupant of the White House.

The business of human trafficking generates an enormous amount of money. Many migrants are charged thousands of dollars for a chance to enter the United States. They have little say in where and how they cross. The arrangements with human traffickers are not reversible. They are hostages until payment is made in full and satisfaction is not guaranteed.

Those who do not have the means to pay immediately are effectively indentured. The only way out of this abusive cycle is if one becomes injured en route—in which they are abandoned. Their remains are often found floating in the Rio Grande or decaying on a south Texas ranch.

In one 24-hour period Wednesday, the Laredo Sector thwarted two human smuggling attempts in commercial vehicles and recovered 183 migrants. The Border Patrol in Laredo alone reports a 133% increase in commercial vehicle smuggling since October 2020. In these two attempts, the migrants were crammed into semi-tractor trailers. This method affords little ventilation and no social distancing.

Dismantling the border security structure instead of modifying existing law is not “building back.” It is business-as-usual for smugglers.