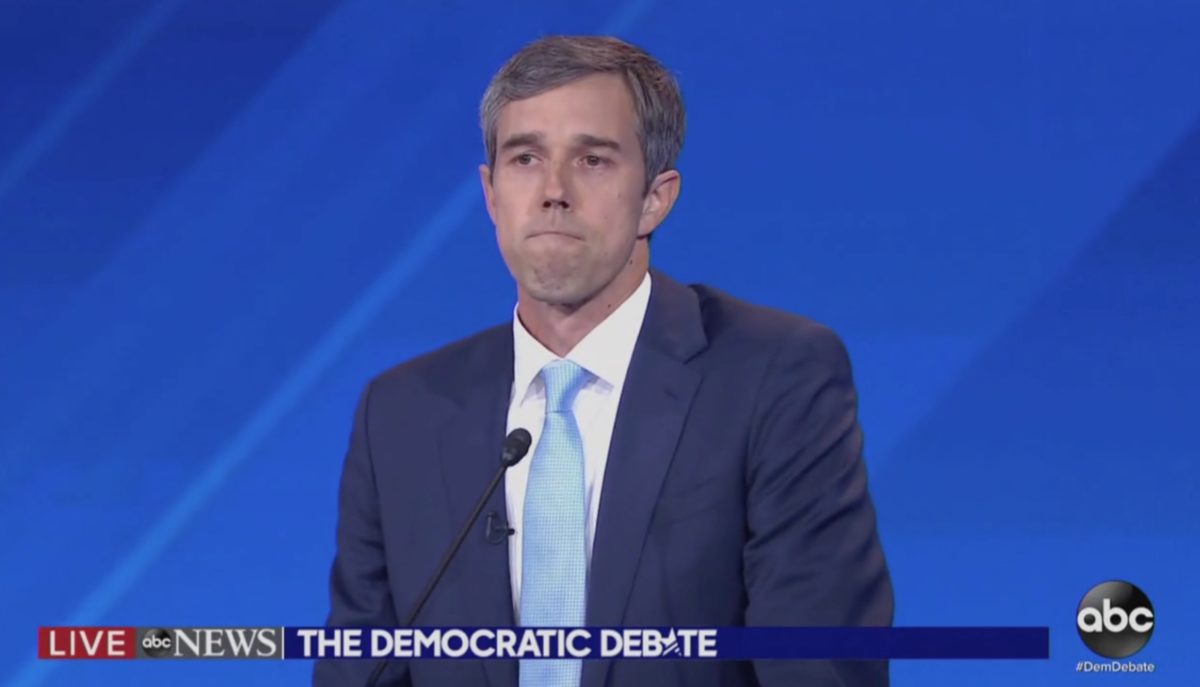 Beto was asked if he supported confiscating guns, which he said he did, qualifying “if it’s a weapon that was designed to kill people on a battlefield.”

“If the high-impact, high-velocity round, when it hits your body, shreds everything inside of your body because it was designed to do that so you would bleed to death on a battlefield and not be able to get up and kill one of our soldiers,” he said.

O’Rourke then shared a harrowing story about the shooting in Odessa.

“I met the mother of a 15-year-old girl who was shot by an AR-15 and that mother watched her bleed to death over the course of an hour because so many other people were shot by that AR-15 in Odessa, there weren’t enough ambulances to get to them in time,” she said.

“Hell yes, we’re going to take your AR-15, your AK-47!” O’Rourke said. “We’re not going to allow it to be used against a fellow American anymore.”

Before moderators moved on, O’Rourke also stressed his plan was supported by Americans he met in red states.

“Folks who said, I would give that up, cut it to pieces, I don’t need this weapon to hunt, to defend myself. It is a weapon of war, so, let’s do the right thing, but let’s bring everyone in America into the conversation,” he said.  READ MORE…

Published in Gun Control, Political News and US News