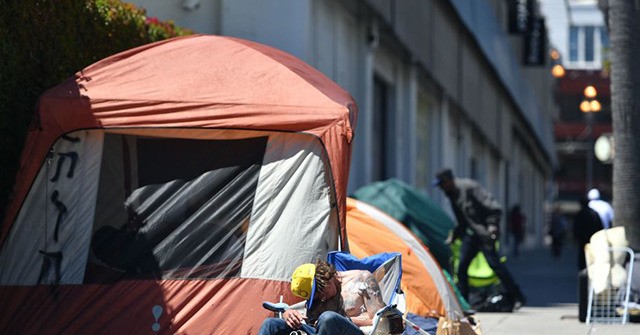 The homelessness problem is getting out of hand and increasing…

The homelessness problem is getting out of hand and increasing the risk of danger, a steakhouse owner in Austin, Texas, said recently.

“Our biggest thing is this isn’t safe for anybody, and that includes the homeless population,” Vince Young Steakhouse’s Executive Chef Phillip Brown told KXAN.

On Twitter Wednesday, Brown shared photos he took of a large cardboard box behind his restaurant where people had set up camp:

@MayorAdler @austintexasgov This is not where people should be camping – this is the alleyway of our business. Not only is this VERY unsafe for our guests, patrons and staff, this is not a safe space to camp out! Something must change! @ToddAndDonKLBJ pic.twitter.com/ezg6DvWTtL

While there are now more police in the area, Brown said, “They can’t be everywhere all the time.”

On January 25, Austin police arrested a homeless woman who reportedly confessed to stabbing five women in the famous Sixth Street area of the city, according to Breitbart News.

Austin police Chief Brian Manley said when an officer approached one of the women, she was “lying on the ground in a pool of blood.”

“The witnesses described seeing the suspect, after passing their group take a swing, hitting at the victim, hitting the victim and the victim falling to the ground,” he stated.

For Brown, problems regarding the homeless issue escalated a year and a half ago when an alleged homeless man began knocking tables over on the restaurant’s patio, then hit him in the head.

At the hospital, the chef received 13 stitches.

However, Mayor Steve Adler told KXAN Monday that Austin is one of the safest big cities in America and said people should not automatically link the homeless to violent crimes.

“We have a challenge. We’re attacking it, not hiding it,” he commented.

Staley noted that his employees were being confronted more often and shoplifting had also increased.