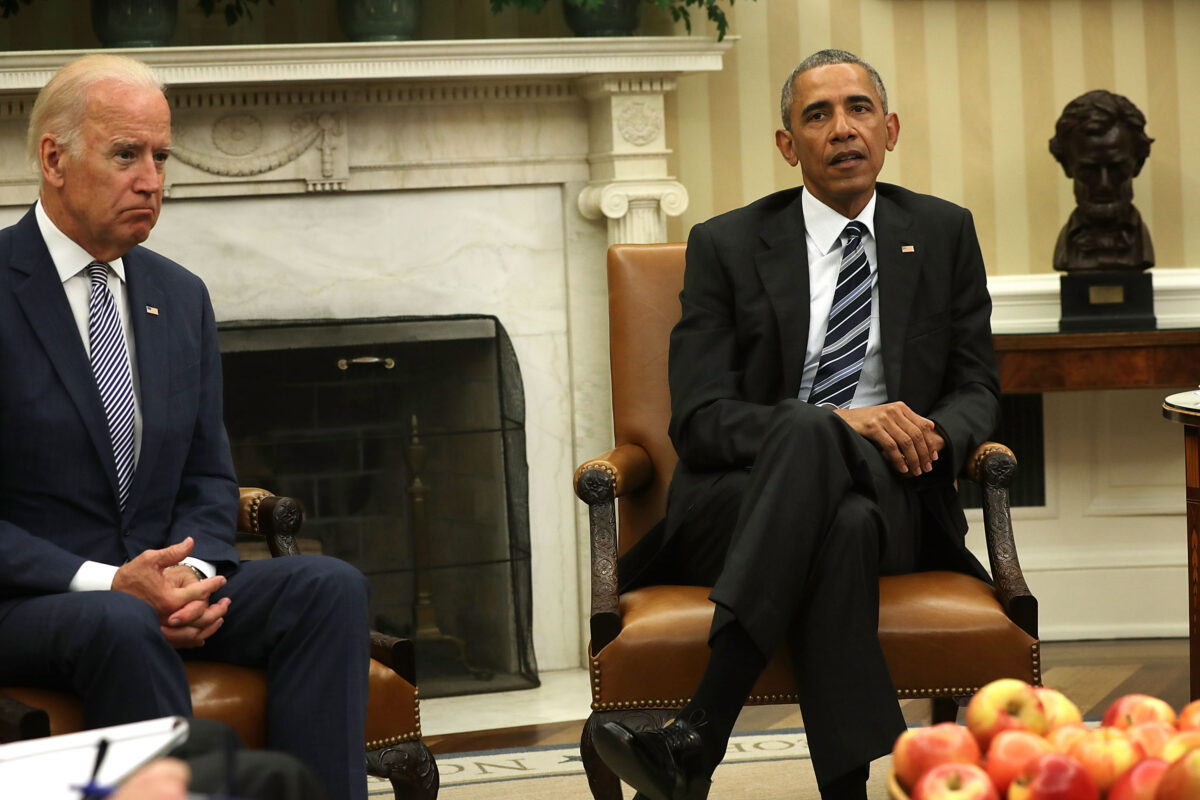 Upon their release as part of the lawsuit against former national security adviser Michael Flynn on June 24, Strzok’s notes didn’t bear a date. In a court filing, Flynn’s attorneys said the notes appear to have been taken on Jan. 4, 2017.

Barr’s revelation of the date and location of the crucial meeting adds to a growing body of evidence surrounding a conversation about the investigation of Flynn held between President Barack Obama and senior administration officials at the White House on Jan. 5, 2017.

The date of the meeting raised a question about how Strzok learned of the content of the conversation. The on-the-fly nature of the notes suggest he was either physically present or listened in on a conference call.

“They’re handwritten notes of the January 5 meeting at the White House between the president, vice president, James Comey, and others,” Barr said on the Verdict podcast with Sen. Ted Cruz (R-Texas) on June 25.

According to the notes, Obama asked those present whether there is anything he “shouldn’t be telling transition team.” Comey responded by pointing to Flynn’s calls with Russian Ambassador Sergei Kislyak, but noted that the calls “appear legit.”

The notes say that Biden brought up the Logan Act, an archaic and likely unconstitutional law that prohibits citizens from conducting unauthorized negotiations with foreign powers. Flynn was never charged under the Logan Act.

The involvement of Obama and Biden in an investigation of a key member of an incoming administration raises questions whether the outgoing administration abandoned the tradition of a peaceful transition of power in favor of a probe stemming from conduct that even the FBI director described as “legit.”

One day prior to the January 5 White House meeting, Strzok asked a fellow FBI agent to refrain from closing the Flynn case. The agent had prepared the documents to close the case after finding no evidence of wrongdoing. Strzok intervened and mentioned that the request came from the bureau’s management.

Flynn’s case was still open when, several days into the administration of President Donald Trump, Comey sent Strzok and another agent to interview Flynn at the White House. Nearly a year later, Flynn would go on to plead guilty to lying to the FBI during that interview.

Flynn has since withdrawn his plea, and the Department of Justice on May 7 moved to dismiss the charges against the former national security adviser. The Justice Department based its decision on an internal review of the FBI’s investigation of Flynn, which found that the bureau had no reason to interview Flynn in the first place. In his plea withdrawal statement, Flynn said he pleaded guilty because the special counsel pressured him, including by threatening to prosecute his son.

Biden has provided conflicting statements about his involvement. Obama hasn’t been publicly asked about the meeting.

The public evidence about the Jan. 5, 2017, meeting from Strzok, Yates, Comey, and Rice is limited to a few lines of general statements. The Senate Judiciary Committee earlier in June authorized the issuance of subpoenas for the interviews of the four former officials.

Published in Barr, Flynn, Obama, Political News and US News