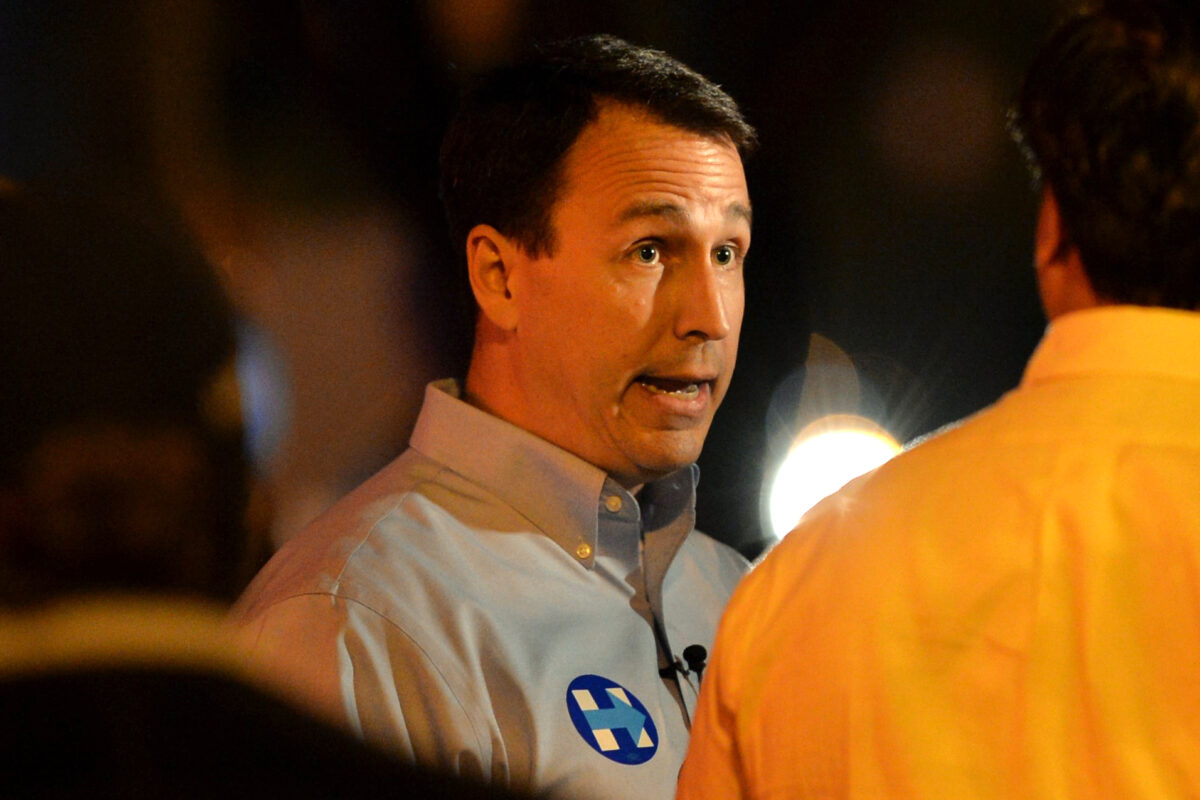 The Daily Wire
By  Ryan Saavedra

The Army Reserve has launched an investigation into Democrat Cal Cunningham in response to a growing sex scandal that exploded last week, which has derailed his campaign to unseat Sen. Thom Tillis (R-NC).

Simon B. Flake, chief of media relations and public information for the Army Reserve Strategic Communications, said, “The Army Reserve is investigating the matters involving Lt. Col. James Cunningham. As such, we are unable to provide further details at this time.”

“An Army Reserve lieutenant colonel who projected what seemed to be a wholesome appeal, Cunningham was widely viewed as the kind of recruit Democrats needed to make inroads in conservative-leaning Southern states such as North Carolina,” ABC 11 reported. “Yet the text messages and interviews offer a glimpse that is at odds with the image of a devoted family man.”

The scandal exploded on to the scene last Thursday when Patrick Howley at National File first reported that Cunningham, who is married, had sent sexual messages to another woman. Cunningham later confirmed the news but claimed that this was a “personal matter” and that he should be entitled to his “privacy.”

Questions later emerged over whether Cunningham could be court-martialed over the sexual misconduct. On Sunday, a North Carolina attorney came forward and said that her friend has also been having an affair with Cunningham.

The Associated Press reported on new graphic text messages that surfaced that claimed that Cunningham had carried out one of the alleged affairs in the home where he lives with his family:

The newly obtained texts, which are between Guzman Todd and a friend, provide a more specific timeline about their recent relationship, as well as details that describe intimate encounters — not simply a digital exchange.

The text messages were not obtained from Guzman Todd. But the AP contacted her to confirm their authenticity. In a series of interviews late Monday as well as in the text messages, Guzman Todd described two in-person encounters with Cunningham. One was in March in Los Angeles that she said did not include intimate contact, and a second was in July in North Carolina, where she said they were intimate.

In text messages to her friend, Guzman Todd said she was intimate with Cunningham in his home, which she later characterized as “weird.”

In another exchange, Guzman Todd indicated that she was frustrated by the limited attention that he showed her.

“I’m just going to send to his opponent his naked photos,” Guzman Todd wrote. “That will teach him.”

The Daily Wire reported on Monday that Cunningham had dropped out of a town hall event that was scheduled as his campaign continues to struggle with the fallout. Cunningham then backed out of a fundraiser event that had been scheduled on Tuesday. Cunningham also reportedly pulled ads late last week for fundraising.

Google Search trends at the start of the week showed that the vast majority of what people were searching for online in regards to Cunningham involved the sex scandal.

Newspaper headlines in the state also have painted a bleak picture of Cunningham’s campaign in wake of the scandal.