Armenia, Azerbaijan to attend peace talks in Russia on Nagorno-Karabakh 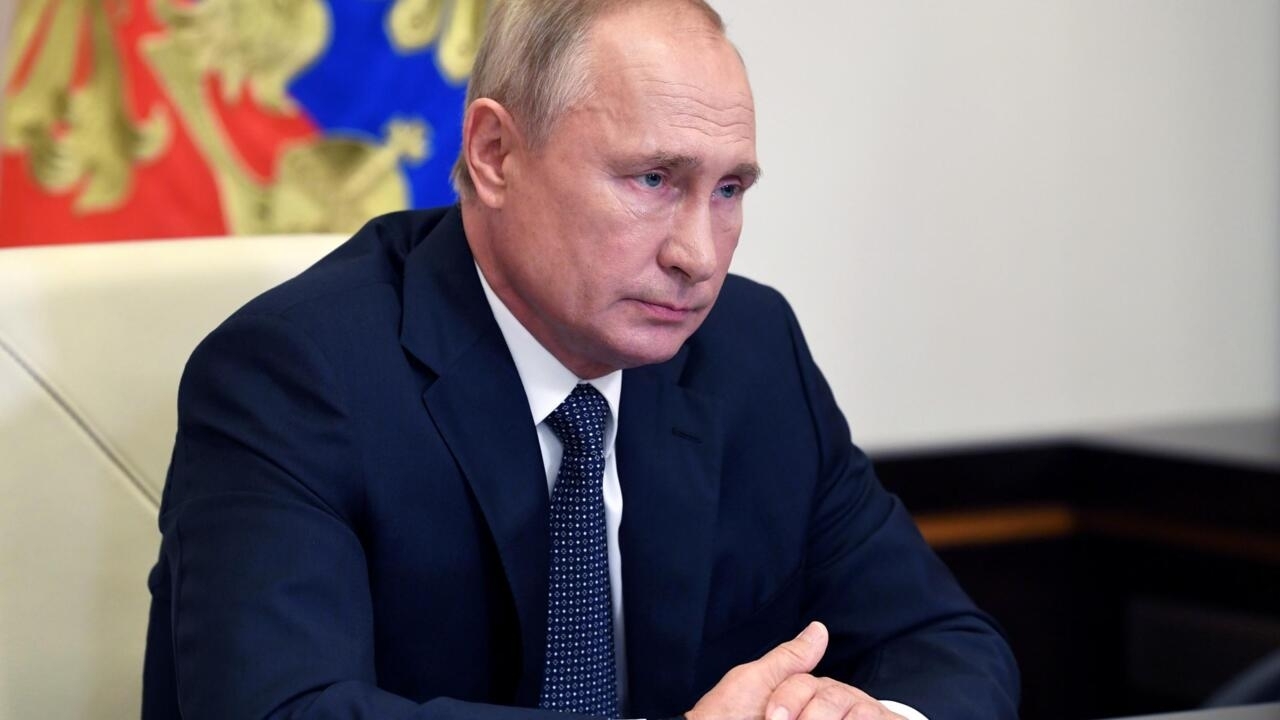 Armenia, Azerbaijan to attend peace talks in Russia on Nagorno-Karabakh

Russian President Vladimir Putin, pictured in this August 11, 2020 file photo, has invited the foreign ministers of Azerbaijan and Armenia to Moscow on October 9. © Aleksey Nikolskyi, Reuters

Russia said Friday that Armenia and Azerbaijan had agreed to meet in Moscow for negotiations on ending the fighting over Nagorno-Karabakh, after President Vladimir Putin called for talks.

“Baku and Yerevan have confirmed their participation in the consultations in Moscow,” Russian foreign ministry spokeswoman Maria Zakharova told AFP.

“Active preparations are under way,” she said, with the talks expected to take place later on Friday and involve the two countries’ foreign ministers.

Putin’s invitation came as there appeared to be no end in sight for nearly two weeks of fighting between Azerbaijan and ethic Armenian separatists that has claimed hundreds of lives.

“The foreign ministers of Azerbaijan and Armenia are being invited to Moscow on October 9,” Putin said in a statement released by the Kremlin.

“The President of Russia is issuing a call to halt the fighting in the Nagorno-Karabakh on humanitarian grounds in order to exchange dead bodies and prisoners,” the Kremlin added.

Yerevan has so far ruled out any talks between the two countries’ top diplomats as long as clashes are ongoing.

Earlier talks were held in Geneva but expectations were low and no statements were likely from the negotiations which were being conducted behind closed doors—and without Armenian participation.

Azerbaijan’s Foreign Minister Jeyhun Bayramov was to meet diplomats from France, Russia and the United States, who make up the “Minsk Group” that has sought a solution to the Karabakh conflict since the 1990s.

Armenia on Thursday accused Azerbaijan of shelling a historic cathedral in Nagorno-Karabakh.

Armenia said several journalists were injured in strikes on the cathedral after an initial bombardment left rubble strewn across the floor, pews knocked over and a layer of dust coating the interior from parts of the building’s limestone walls that had been hit.

“There is no military, nothing strategic here, how can you target a church?” said local resident Simeon, who lives nearby.

Nagorno-Karabakh: can the Minsk Group shed its reputation as ineffective?

Azerbaijan and Armenia are locked in bitter fighting over Nagorno-Karabakh, an Azerbaijani region controlled by Armenians who declared an unrecognised breakaway statelet after the fall of the USSR and emerged victorious from the war that followed.

Hundreds including civilians have been killed in the current fighting, the worst since a 1994 ceasefire, with both sides doubling down on entrenched positions over who should control the region.

Defense officials in Azerbaijan and Armenia said fighting continued into Thursday, with both sides claiming to have inflicted heavy losses and accusing the other of shelling civilian areas.

There was a gaping hole in the roof of the Ghazanchetsots (Holy Saviour) Cathedral, AFP journalists reported, after Armenia’s defence ministry accused Azerbaijan of targeting a cherished site for the Armenian Apostolic Church.

A section of the cathedral’s metal roof collapsed and fell to the ground outside.

Baku denied its forces were behind the first attack, saying that unlike Armenia, “the Azerbaijani army does not target historical, cultural, or especially religious, buildings and monuments.”

Heavy bombardments have levelled many homes since fighting erupted late last month and Stepanakert is pockmarked with unexploded ordnance and wide craters from shelling.

Alongside the new bombardments in Stepanakert, Azerbaijan said Armenian shelling on several villages near the frontline had left people dead and wounded.

Alamshar Hasanov, a resident of Shukurbeyli near the border with Karabakh, said his village was subjected to Armenian shelling on a daily basis.

“See for yourself,” he said. “A neighbour’s house was destroyed.”

“May God grant our soldiers, officers, and commanders health. We rely on them,” he told AFP.

Armenia’s rights ombudsman Artak Beglaryan told AFP on Wednesday that the renewed fighting has displaced around half of Karabakh’s 140,000 residents and forced some 90 percent of its women and children from their homes.

The fighting in one of the most combustible frozen conflicts resulting from the fall of the Soviet Union reignited on September 27, with Azerbaijan insisting the region must return to its control.

Dozens of civilians have been confirmed killed in the fighting and the Armenian side has acknowledged more than 300 military deaths. Azerbaijan has not admitted to any fatalities among its troops.

International leaders have repeatedly called for an immediate halt to the fighting but there are no signs yet of the conflict abating.

Turkey’s strong backing for Azerbaijan has sown fears in the West that the conflict could spiral into a full-blown war embroiling Ankara with Moscow, which has a military treaty with Armenia.

Putin and French President Emmanuel Macron are among the world leaders to denounce the reported deployment of pro-Turkish fighters from Syria and Libya to Karabakh. Iran on Wednesday warned of “terrorists” who had joined the conflict from abroad.

Azerbaijan announced Thursday that it was recalling its ambassador to Athens following reports that Greek citizens were joining Armenian forces in Karabakh.