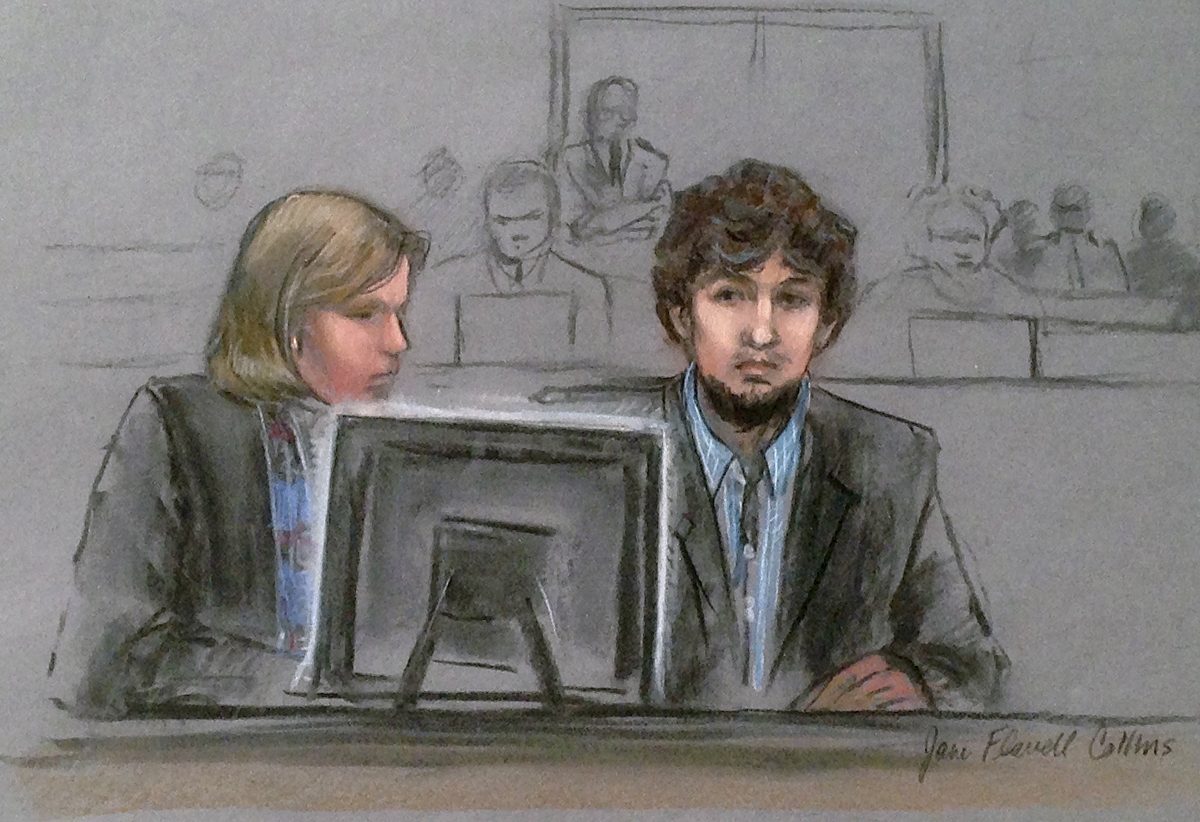 A federal appeals court on Friday vacated the death sentence…

Dzhokhar and his now-deceased 26-year-old brother, Tamerlan Tsarnaev, set off two homemade pressure-cooker bombs at the finish line of the Boston Marathon in 2013. The bombing killed three people and injured more than 260 others—becoming one of the highest-profile attacks in the United States since Sept. 11, 2001.

Dzhokhar was found guilty on 30 charges including using a weapon of mass destruction and for fatally shooting a policeman. The trial judge sentenced Dzhokhar to death after the jury found that he deserved the death penalty for 6 of the 17 death-eligible charges in 2015.

A three-judge panel of the 1st U.S. Circuit Court of Appeals in their ruling on Friday said the death sentence had to be vacated in order to ensure fairness in the criminal justice system.

Dzhokhar’s lawyers had argued that intense media coverage had made it impossible to have a fair trial in Boston and had tried to change the venue of the trial, a request which was denied. The lawyers also argued that two jurors displayed strong opinions on social media over the event before the trial began in 2015.

The lawyers said one of the jurors, who eventually became the jury’s foreperson—a chief spokesperson—had dozens of posts on her social media about the bombings that raised questions about her impartially. Many of her posts showed “a community allegiance that is certain to color her view of the case,” Dzhokhar’s lawyers said. One of the posts had called Dzhokhar a “piece of garbage.”

During the appeal hearing in December, the judges focused much of their questioning on juror bias, asking the lawyers why the two jurors had not been dismissed, or at least why the trial judge had not asked them follow-up questions after the posts came to light on the eve of the trial.

The judges noted that the Boston court has a longstanding rule obligating such an inquiry.

“A core promise of our criminal-justice system is that even the very worst among us deserves to be fairly tried and lawfully punished,” the judges wrote (pdf).

Yet the judges emphasized that although they had vacated the death penalty and reversed Dzhokhar’s convictions on several charges that had errors, the 27-year-old “will spend his remaining days locked up in prison.”

“The only question remaining being whether the government will end his life by executing him,” the judges wrote.

Dzhokhar’s lawyers conceded that their client had committed the acts during the trial, but defended his actions by saying that his participation in the crimes was a result of his brother Tamerlan’s influence. Tsarnaev was killed in a gun battle with police days after the bombing.

The appeals court ruling comes less than a month after the Supreme Court cleared the way for the Trump administration to push forward with its plans to resume federal executions after a nearly 20-year pause. Three convicted murderers were put to death by lethal injection as part of this push earlier this month.

The Associated Press contributed to this report.