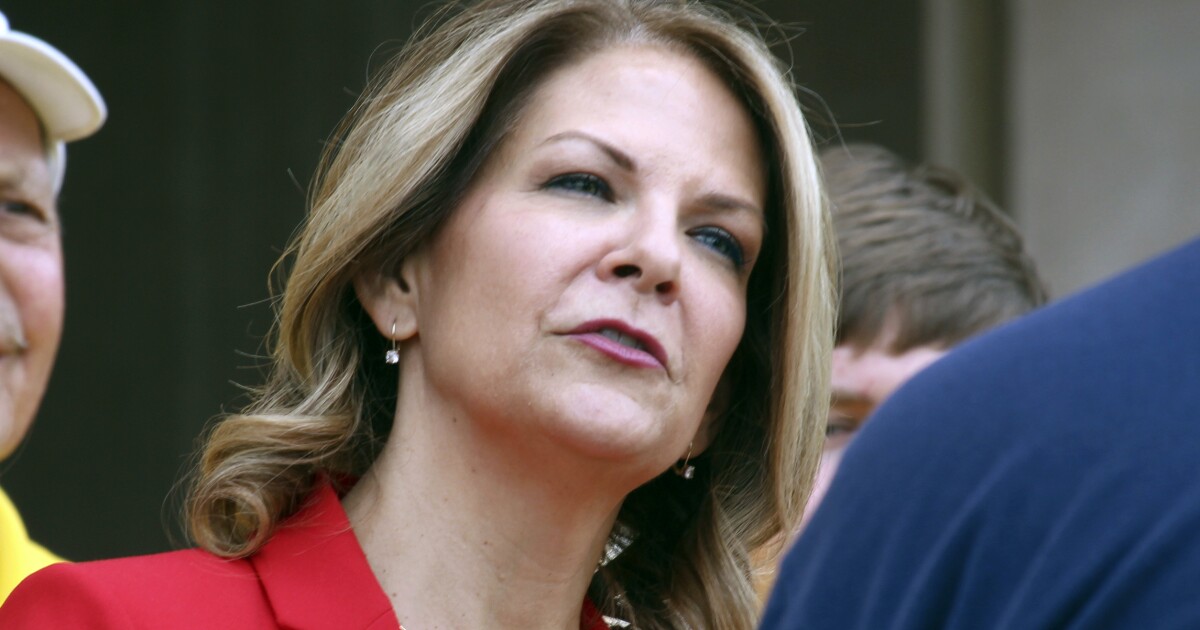 The newly reelected Arizona GOP chairwoman is hoping to ward off a potential audit, but…

The newly reelected Arizona GOP chairwoman is hoping to ward off a potential audit, but some legislators from her own party are accusing her of hypocrisy.

More than a dozen Republican legislators in Arizona sent a letter to Kelli Ward calling for an audit of her narrowly decided reelection race on Wednesday night, according to a readout of the letter. The members of both the state House and Senate say that if she refuses, she should revoke her request to audit the state’s 2020 presidential election results, arguing that her hypocrisy is undermining the party’s message of election transparency across the board.

“Now, our collective message is being undermined by your insistence that none of these standards should apply to your election as AZ GOP Chairman,” the lawmakers’ letter said. “The inconsistency is simply not acceptable.”

While the legislators noted the difference in scale between a local race and a presidential contest, the letter nonetheless maintained that Ward would serve as an “unwelcome distraction” and a “foil for the media to use to discredit [lawmakers’ audit] efforts” should she perpetuate a double standard.

“Without question, an election for Party Chairman pales in comparison to the importance of electing a United States Senator or President of the United States, but the principles that surround every election, no matter how big or small the office, must remain the same,” the letter continued. “We urge you to heed the calls of your voters and allow for an immediate audit of the election that was held on January 23rd, in a manner that is fair and transparent.”

Ward, who won reelection by 42 votes on Jan. 23 in a runoff against challenger Sergio Arellano, has been a strong proponent of former President Donald Trump’s election fraud claims after Trump became the first Republican presidential candidate to lose the state of Arizona since former Senate Majority Leader Bob Dole in 1996. Despite the slim margin of her own victory, Ward has resisted calls for her race to be audited, saying the outcome of her election is “final” because no one contested the results on the day of the election.

The Trump loyalist has been an active player in the war between the Arizona Senate and the Maricopa County Board of Supervisors, which are conducting dueling audits in an attempt to uncover errors in the state’s voting software. Arizona Senate Republicans initiated an independent forensic audit of the presidential election in Maricopa County just three days after the Maricopa County Board initiated its own Jan. 27 audit, claiming that the board’s auditing process does not meet the appropriate level of depth. The Senate then demanded the board hand over elections equipment to comply with their newer audit, a request that the board denied on the grounds that the Senate has “no legal mechanism” to issue such a request.

After the board’s refusal to comply with the Senate’s subpoena, both entities grew further entrenched in their positions. Arizona Senate President Karen Fann drafted a contempt resolution with the support of all 16 Republican members, accusing the board of “repeatedly and willfully delay[ing] and obstruct[ing] a vital and duly authorized investigation by the Arizona Senate.”

Meanwhile, the board has maintained it would be illegal to hand over election materials, calling on the Senate to bring the matter before a judge.

“There is nothing prohibiting the Senate and their lawyers from going into a courtroom and explaining to a judge why the Board should disregard state law and allow access to people’s ballots and personal information,” Board of Supervisors Chairman Jack Sellers said in a statement.

Dominion Voting Systems, the manufacturer of the voting machines employed by Arizona during the presidential race, has vehemently denied allegations of wrongdoing. In response to the GOP claims, Dominion issued hundreds of cease-and-desist letters. Ward was the recipient of one such letter.

Under Ward’s stewardship, the state GOP has taken additional steps to bolster Trump, punishing party figures for perceived sleights of the former president. Arizona Republicans have collectively condemned figures such as Gov. Doug Ducey, former Sen. Jeff Flake, and Cindy McCain, widow of the late Sen. John McCain, censuring them in January for either not supporting Trump’s bid to challenge the state’s election results or endorsing President Biden’s candidacy.

Further revealing the splintering within the party, two of the censured individuals reveled in the party’s condemnation. McCain called the rebuke a “badge of honor,” and Flake said he was in “good company” after the censure’s passage.

The Washington Examiner reached out to Ward for comment but did not immediately receive a response.

Published in Business, Financial News, Political News, US Economy and US News