Afghan News Agency: Taliban Controls over Half of the Country 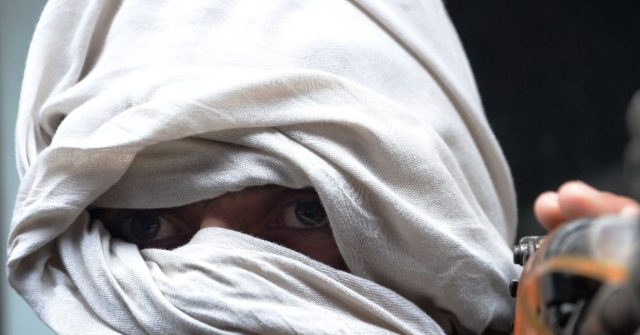 Afghan News Agency Finds Taliban Controls over Half of the Country

The independent Pajhwok Afghan News agency published a survey on Saturday that found the Taliban now controls at least 52 percent of the territory in Afghanistan and rules over 59 percent of the population.

Pajhwok’s survey began in November 2020 and involved interviews and questionnaires completed by 1,266 people. The results found 27 of Afghanistan’s districts fully under Taliban control, 64 fully under government control, and the other 297 districts split between them.

The Taliban claimed on Saturday that it controls over 70 percent of the country, a claim rejected by the central government’s national security adviser, Hamdullah Mohib.

Mohib said the Taliban is still holding meetings in Pakistan to “make plans on how to kill the people of Afghanistan and destroy the gains that we have achieved and destroy our infrastructures,” rather than administering the huge amount of territory it claims to control.

Mohib also condemned the Taliban for betraying the negotiations brokered by the United States and said its leaders desire nothing less than absolute power. He accused the Pakistanis of claiming to want peace while secretly aiding and abetting the Taliban’s campaign of terror.

The Taliban explicitly warned NATO on Saturday that it will step up its “fight and jihad” if foreign troops are not removed from Afghanistan by May. In either case, Afghan officials fear renewed hostilities when the weather improves in the spring.

Peace talks continued between representatives from Kabul and the Taliban in Qatar over the weekend, although top officials from both sides were conspicuously absent, and Al Jazeera News noted a “lack of urgency” in the negotiations. Peace talks largely stalled out in January as violence in Afghanistan escalated.

“The reason for a lack of urgency in the continuing talks is being attributed to the change in the U.S. administration led by President-elect Joe Biden and their policy on Afghanistan,” Al Jazeera explained, referring to President Joe Biden walking back former President Donald Trump’s commitment to remove U.S. forces from Afghanistan by May.

U.S. special envoy Zalmay Khalilzad, a holdover from the previous administration, is back in Qatar after visiting Kabul and Islamabad, Pakistan. One of the officials Khalilzad met with in Kabul was Hamdullah Mohib, the national security adviser who complained that the Taliban have no interest in making peace.

Khalilzad did not meet with Afghan President Ashraf Ghani, ostensibly because Ghani was in poor health, although sources “close to the presidency” told Al Jazeera that Ghani is unhappy with the plan for installing an interim government negotiated by the U.S. envoy and Taliban leaders. The Afghan government is reportedly balking at several of the concessions Khalilzad negotiated and feels the Taliban is betraying the peace process with its continuing violence.

Biden is reportedly in favor of withdrawing more U.S. troops, but his national security advisers want the Taliban to reduce its attacks, recommit to peace talks, and make some other concessions before pulling the final 2,500 American soldiers out of Afghanistan as envisioned by the Trump administration. Senior U.S. officials noted the promise to refrain from attacking U.S. troops is one of the few commitments the Taliban has fully honored so far, but that could change if Biden cancels the May deadline for withdrawal, while Taliban attacks against the Afghan government could intensify if American troops depart as promised.