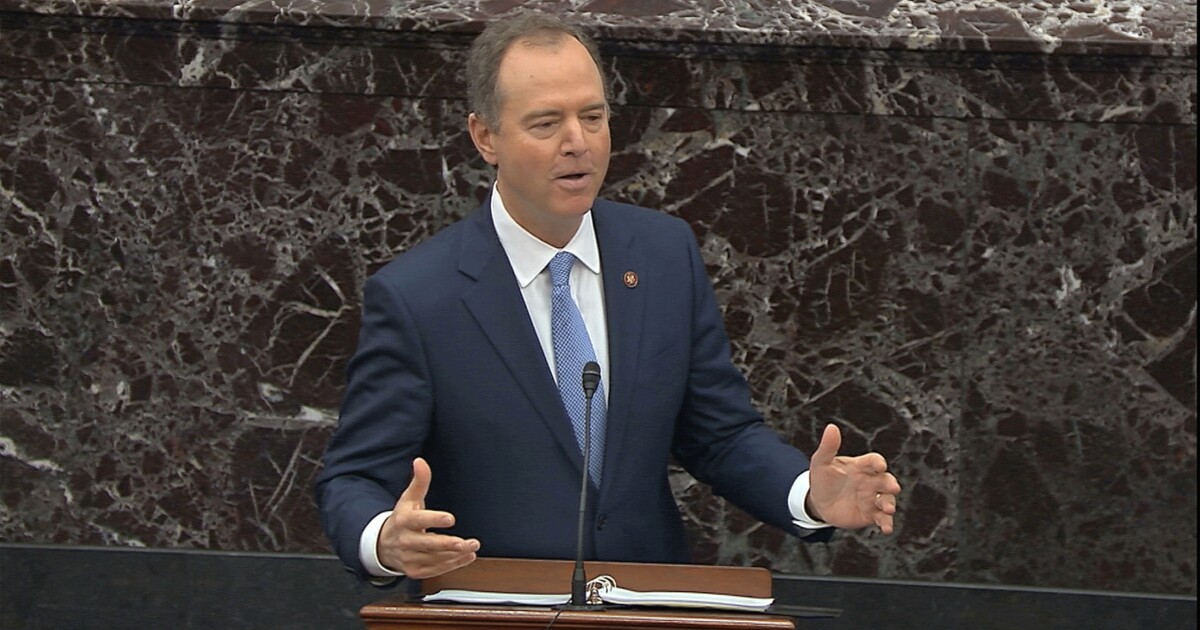 House Democrats leading the impeachment trial in the Senate against…

House Democrats leading the impeachment trial in the Senate against President Trump talked for more than twice as long as his legal defense team, with the top critic, Rep. Adam Schiff, speaking 454% longer than the top White House lawyer.

A quickie breakdown compiled by C-SPAN digital producer Courtney Beesch found that House Democrats used virtually all of the 24 hours they were allotted, while the Trump team used less than half of their time.

In fact, Schiff spoke almost as long as the whole Trump team, 505 minutes versus 586 minutes.

The differences were stark and were welcomed by some senators who tried not to nod off during the presentation of the Democrats’ partisan impeachment case.

While the Democrats went long, the Trump team went short, cutting off their final day of defense in part, said one official, because they didn’t think the Democrats came close to making their case for conviction.

In the end, the Trump team had 14 hours left over and the Democrats less than two hours, said the C-SPAN review.

Updated| ICYMI, or didn’t have time to watch @cspan, here’s a look at the past 6 days in the Senate Impeachment Trial:

– The House Impeachment Managers used nearly all their avail. 24-hours
– The WH Counsel used approx. half their avail 24-hours
– @RepAdamSchiff spoke the most pic.twitter.com/I27SfrsXdc

Schiff, who led the House Intelligence Committee proceedings of Trump and the allegations around aid to Ukraine and the alleged call for an investigation of the Bidens, ate up about half of the Democratic time.

VIEW THE ARTICLE
The Washington Examiner.com