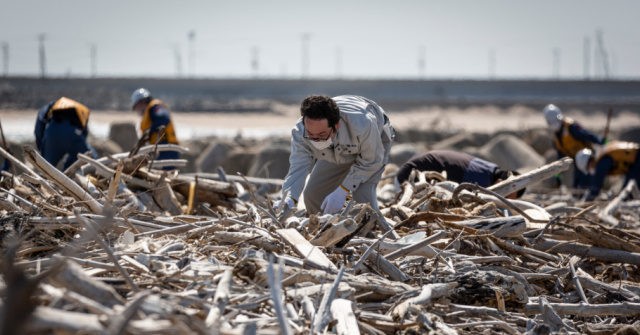 A 7.0 magnitude earthquake struck Japan off the coast of Ishinomaki, 65 miles from the earthquake…

A 7.0 preliminary magnitude earthquake struck Japan off the coast of Ishinomaki, 65 miles from the 9.0 earthquake that struck Fukushima ten years ago.

A tsunami warning was declared earlier on Saturday but has now been downgraded to a “tsunami forecast” due to slight changes in sea level, CNN reported.

The Japan Times reported that firefighters in Ishinomaki stated there is no damage from the earthquake, and Japan’s nuclear reactors in the northern and eastern parts of the country are safe.

Japan experienced a deadly earthquake ten years ago that caused the worst nuclear disaster in the country’s history.

More than 20,000 people were killed or went missing, and a 30-foot wave tsunami damaged several nuclear reactors in the Fukushima area.

More than 100,000 people had to evacuate the area at the time, and authorities have spent the last ten years cleaning up the damage from the disaster, which experts say could take decades.

This is not the only earthquake that hit Japan this month. Last month, a 7.3 magnitude earthquake hit Japan’s northeastern coast in the same area, which caused the devastating earthquake in 2011.