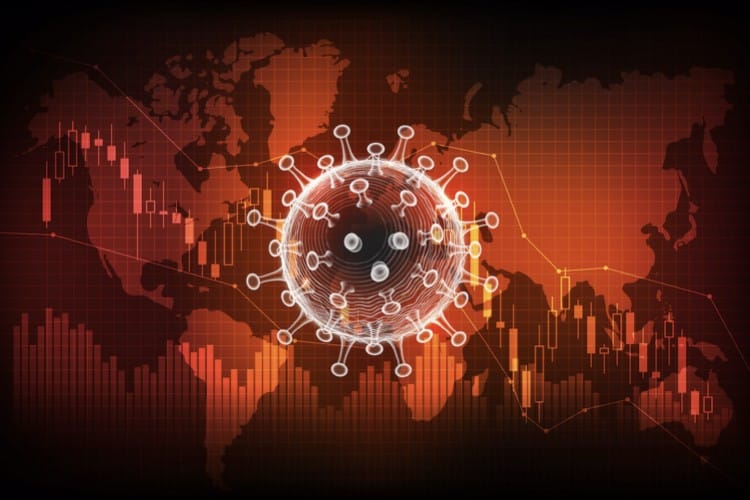 With the way COVID-19 deaths are recorded, many may wonder if they were calculated with…

With the way COVID-19 deaths are recorded, many may wonder if they were calculated with a Dominion voting machine and if the disease’s name is “Biden.” After all, other causes of death appear to have a funny way of ending up in the coronavirus column.

The disease that really seems to be losing “votes” to the China virus is the flu, and now even more evidence to this effect has emerged. As commentator Andrea Widburg writes:

We keep being told that Americans are dying like flies, far in excess of their normal numbers.  I accept that there are excess deaths.  I’m sure that the virus increased our annual death rate in spring, when many elderly people died in the first wave after Democrat governors trapped them in retirement homes and then sent in infected people.  I’m also sure that more Americans are dying from cancer, heart disease, depression, suicide, murder, and spousal abuse thanks to the cruelty of the lockdowns.

What offsets all this is that fewer Americans are dying from the flu.  That’s either because masks help prevent the flu (although we’re told our mask use is all wrong for stopping the virus) or because a lot of the deaths marked as Wuhan virus deaths are in fact flu deaths.

The mask theory doesn’t seem tenable, and this isn’t just because data indicate that masks, at best, offer marginal protection. It’s also that if the China virus is “spiking” despite mask use, why should we think the flu wouldn’t also be experiencing its regular fall increase?

Of course, one could make the case that because SARS-CoV-2 is more contagious, its spread would be even greater were it not for mask use and that the latter has suppressed it and the flu. But among the reasons to question this theory are the following data, found by way of Widburg:

As Widburg points out, while the 2020 mortality data aren’t complete, it’s unlikely the number will eclipse recent years’ just based on adding in December figures. (Moreover, if people really are concerned about deaths, isn’t the real story here the steady mortality increase since 2012?)

Also, despite media claims to the contrary, hospitals aren’t on average overburdened. In fact, as “fears persist of overwhelmed medical systems and at-capacity hospitals nationwide, data indicate that ample hospital space remains available for both COVID-19 patients and other medical needs, with one official at a major hospital network stating that the country is ‘managing pretty well’ the latest surge of COVID-19,” reports Just the News.

The above is true even if there are a few strained hot-spot urban hospitals. Note, too, that temporary hospitals established early in the pandemic largely went unused and had to be dismantled.

Widburg also states that fear of overwhelmed hospitals perhaps originated with video from Italy. Yet that nation has socialized medicine, which — in accordance with the economic principle that price caps lead to shortages — is notorious for suffering a lack of resources.

But perhaps most striking, and actual news, is the following Twitter thread Widburg presents from a long-time pharmacist talking about a suspicious flu-related phenomenon:

Mr. Staub then concludes with (a bit of salty language in the last tweet):

Though eye-brow raising, Staub’s input could be dismissed as anomalous anecdote — were it not for that it simply affirms long-made claims from other sources. Most strikingly, the CDC reported in November that 88,280 China-virus-labeled deaths were actually caused by the flu or pneumonia, according to One America News (OAN; video below).

OAN also reported that the CDC tells us that 51,000 China-virus-labeled deaths were actually caused by heart attacks. In fairness, some observers claim that COVID can induce heart attacks in certain individuals, which underlines the reality that people with comorbidities (e.g., heart disease) are most vulnerable; note that the CDC reported this summer that 94 percent of China virus “victims” had an average of 2.6 comorbidities. The vast majority of the population, however, has a SARS-CoV-2 survival rate in excess of 99.5 percent.

Someone else who questioned the China virus numbers, early on, was radio giant Michael Savage, a trained epidemiologist and author of close to 20 health and nutrition books. In the spring, he analyzed comprehensive April 6 disease data and noted that while COVID deaths were rising, flu-related deaths had supposedly dropped almost to zero. For all intents and purposes, this is a statistical impossibility.

Then there was the conversation I had with a security guard at a local hospital while waiting for a loved one receiving medical care. We were discussing how the China virus was affecting his institution and, after expressing some realities, he casually said, “And, of course, they’re lumping in all the flu cases with COVID.”

After I related this on Twitter, a naysayer mocked the man’s security guard status. But note that not only wasn’t he a very political person, he also no doubt talks to doctors and nurses just as he spoke to me — and hears them talk, too. So he’s perhaps as good a source as any.

Yet, again, none of this is revelatory. As the liberal Hill reported in early September, “According to Daniel Spitz, chief medical examiner in Macomb County, Michigan, ‘I think a lot of clinicians are putting that condition [COVID-19] on death certificates when it might not be accurate because they died with coronavirus and not of coronavirus.’” Other medical experts have informed likewise.

We may also note that none of this is surprising if, as reported, hospitals are receiving more money for treating China virus patients. For if “you subsidize something, you get more of it,” the economic principle goes.

In fact, Stanford epidemiologist John Ioannidis, claiming in late winter that the COVID lockdowns were based on “bad data,” even stated that if we didn’t know a new virus existed, we might just “have casually noted that flu this season seems to be a bit worse than average.”

So since approximately 177,000 Americans died during the 2017-2018 flu season, we should be happy we know the new virus exists — because now the flu season is a lot better than average!