25 Migrants Found Packed in Railcars near Border in Texas 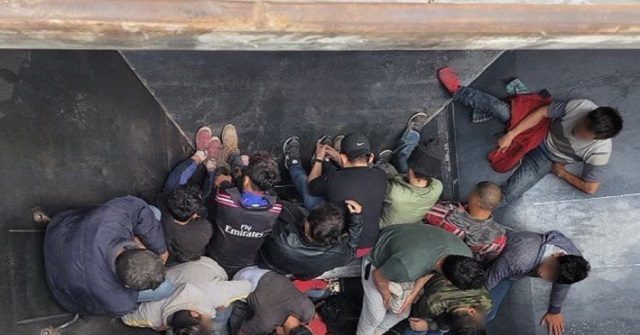 25 Migrants Found Packed in Railcar near Border in Texas

Uvalde Station Border Patrol agents conducted a search of a train on Friday and found a group of migrants hiding in three railcars, according to a tweet by Del Rio Sector Chief Patrol Agent Austin Skero.

The agents found the migrants packed into three grain hoppers in what Skero described as dangerous and life-threatening conditions.

“Our agents routinely discover migrants that have sustained severe injuries from jumping on and off moving railcars,” Skero said in a Twitter message.

About a month ago, Laredo Sector Border Patrol agents found a group of 16 migrants locked inside a conex box loaded on a railcar near Hebbronville, Texas.

The agents conducted an immigration search on a train near Hebbronville, approximately 50 miles inland from the U.S.-Mexico Border. During the search, the agents found 16 migrants.

“This dangerous method of illegal entry into the United States can result in serious injury or death,” Laredo Sector Border Patrol officials said in a written statement. “The Laredo Sector Border Patrol continues to warn against the dangers of people crossing illegally into the United States through dangerous and hazardous means.”