2,000 National Guard Troops in DC Sworn In as Special Deputy US Marshals 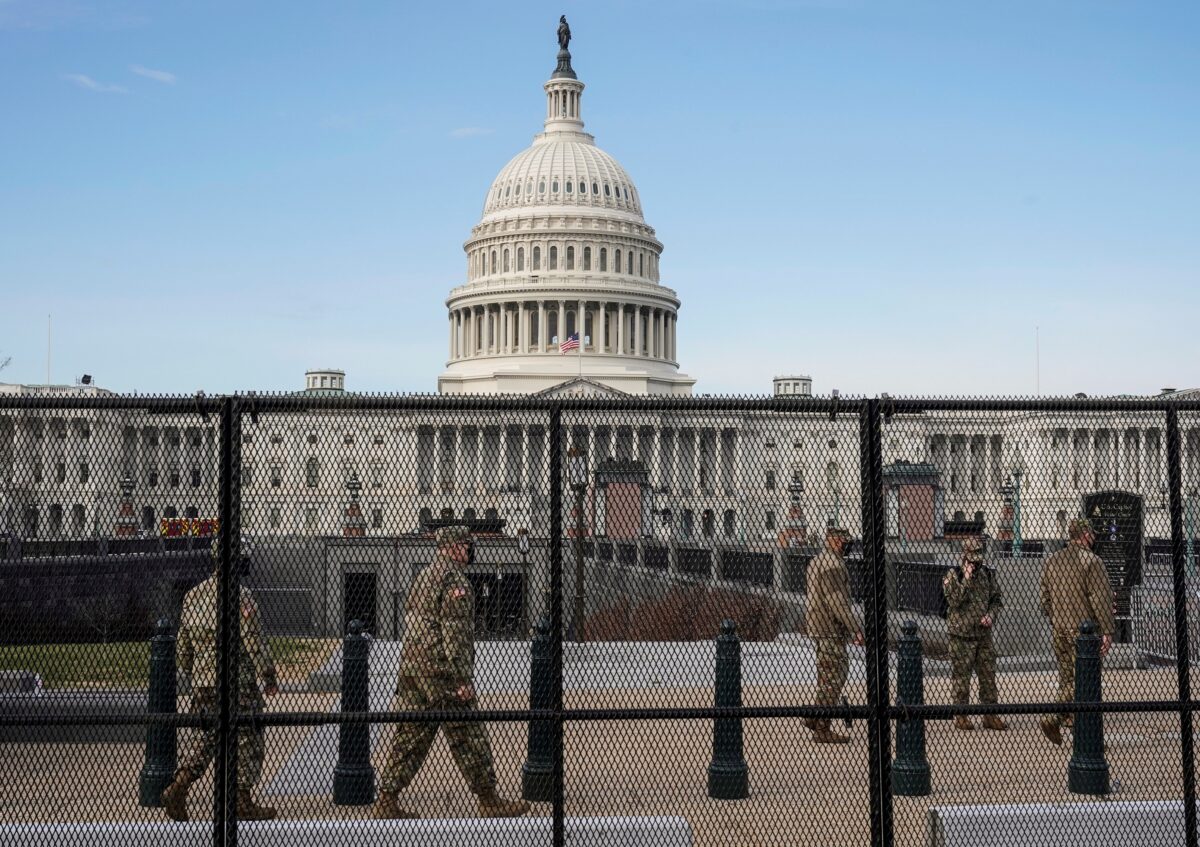 2,000 National Guard Troops in DC Sworn In as Special Deputy US Marshals

About 2,000 National Guard troops were sworn in as U.S. Marshals before Inauguration Day, the U.S.…

Chief Lamont Ruffin from D.C. District Court swore in the 2,000 National Guard troops as special deputy U.S. Marshals prior to the presidential inauguration, according to the federal law enforcement agency’s Twitter page.

The “deputation gives the guardsmen temporary, limited, law enforcement authority pertaining specifically to the safety and protection of the inauguration and related events,” the U.S. Marshals said in a caption on its Flickr page, showing the Guard troops being deputized at night.

The U.S. Marshals Service didn’t immediately respond to a request from The Epoch Times about the duties of the new special deputies.

Last week, officials confirmed that as many as 25,000 National Guard members were being deployed to the District of Columbia for Inauguration Day.

A statement from the Army to news outlets said the increase in Guard troops would support the “federal law enforcement mission and security preparations” during the inauguration, and it would be led by the U.S. Secret Service.

“Our National Guard soldiers and airmen are set around the city to protect our nation’s Capital,” National Guard Bureau Chief Army Gen. Daniel Hokanson said in the statement.

Last week, the FBI sent out bulletins for the possibility of violence in connection with events on Jan. 20. Meanwhile, President Donald Trump called on Americans not to break the law.

“In light of reports of more demonstrations, I urge that there must be NO violence, NO lawbreaking, and NO vandalism of any kind,” Trump said. “That is not what I stand for, and it is not what America stands for. I call on ALL Americans to help ease tensions and calm tempers. Thank You.”

The National Park Service has closed the Washington Monument to tours and Mayor Muriel Bowser has asked visitors to avoid the city.

In Washington, the perimeter of a fence surrounding the Capitol was pushed out to encompass the Supreme Court and the Library of Congress. Roads and other access points were closed, and some businesses said they would shut.

Reuters contributed to this report.

Published in Election 2020, Political News and US News